TVR started building racing cars in 1949 with the TVR One which was powered by a 35 horsepower tuned 1.2 liter sidevalve engine from a Ford Van.  North American imports of the Blackpool speed machines started in 1965 and ended in 1987 when the last 280i Tasmin reached our shores.   TVR’s history of tubular space frame vehicles continued on the other side of the Altantic but as of July 2012, the company has officially ceased its
efforts to build and produce automobiles – a shame since its formula of
mounting common parts on a bespoke hand built body is all but dead.  Find this 1985 TVR 280i offered for $11,500 in Phoenix, AZ via craigslist.  Tip from JAZ. 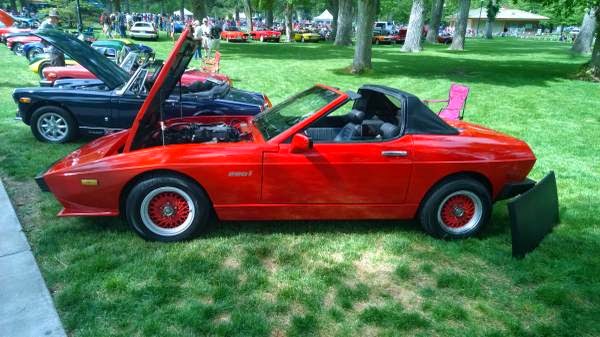 The Tasmin was penned by noted Lotus Elite/Eclat designer Oliver
Winterbottom and built from 1980 to 1987.
Winterbottom must have had a thing for door stops or cheese wedges as most of his
designs had a noticeable wedge shape, and the 280i Tasmin looks like the Triumph TR7s long lost twin. The 280i is powered by the Ford Cologne V6 – displacing 2.8 liters and
putting 160 horsepower into a 5 speed manual gearbox.  Keen eyed readers
will recognize the Cologne name from the Ford Taunus V4 powering all
sorts of front-wheel-drive SAABs and remember that it was produced in some fashion through 2010 in the Ford Mustang. 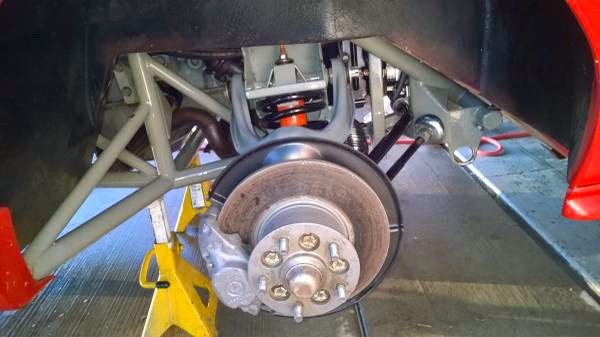 A peak under the skin reveals a wicked welded tube chassis that at first glance might look like something installed by a racer to gain chassis rigidity, but this is what the car looked like when it left the factory.  Cool eh? 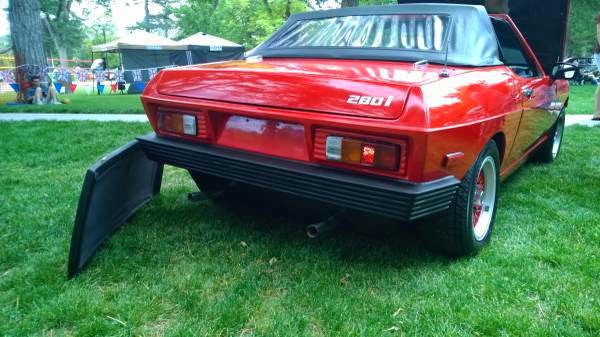