The Volkswagen R32 was made in two generations, the first was a manual transmission only version of the Mk4 Golf, and the second version was a DSG only version of the Mk5 Golf.  Purists might miss the clutch pedal, but the Mk5 chassis was sharper and the DSG fires off shifts into the Haldex based all-wheel-drive system like an Thompson sub machine gun.  Find this 2008 Volkswagen R32 offered here on eBay 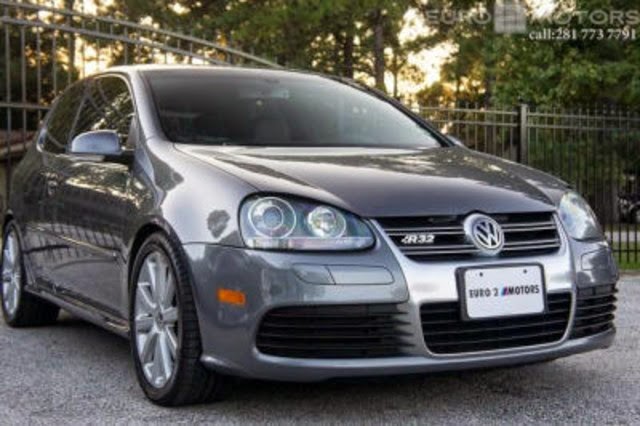 The Mk5 based R32 was only sold in the US for the 2008 model year and featuring a 3.2 liter
specially tuned VR6 engine, a lightning quick shifting automatic gearbox,
and all-wheel-drive. The R32 is technically a Golf, but doesn’t show any Golf emblems on the
outside as VW attempted to market it as a standalone model, probably to
justify the lofty $33k price tag when new.  Inevitable comparisons to
the STi and Evo painted the Golf as some kind of slow grandpa’s car, but
the truth is that it does everything better than the flatbrim twins, except go fast in a straight line.  Blame it on more weight or less power, but however you cut it, the R32 fares better when compared to a Misubishi Eclipse, SVT Focus, or VW GTI. 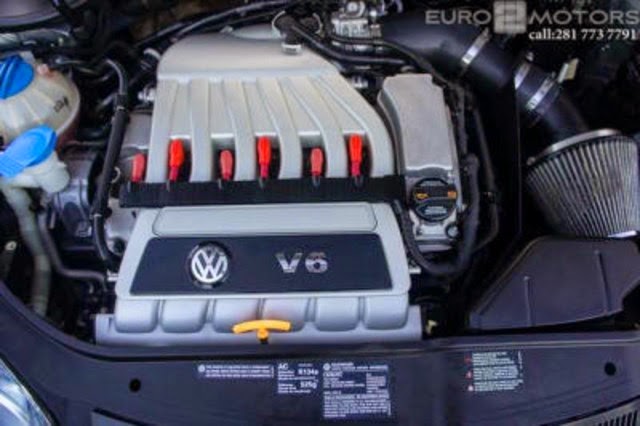 Under the hood of the R32 is a version of Volkswagen’s VR6 engine that puts out 250 horsepower and 236 ft-lbs of torque mated to a 6-speed dual-sequential-gearbox equipped with paddle shifters.  This one has been given a cold air intake, which may or may not increase power, but it should be louder. 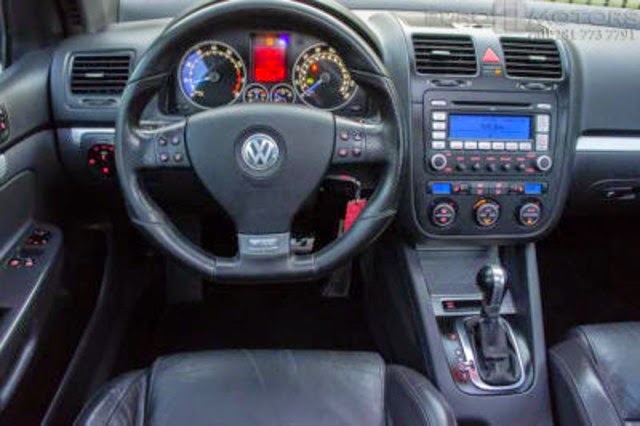 Volkswagen limited production to only 5000 R32s in each of the two years
of production (MkIV 2004 and Mk5 2008) meaning the R32 held on to
its residual value for a long time because the number of DUBfest watercooled fanboys far outnumbers production…but recently the market has cooled a bit. 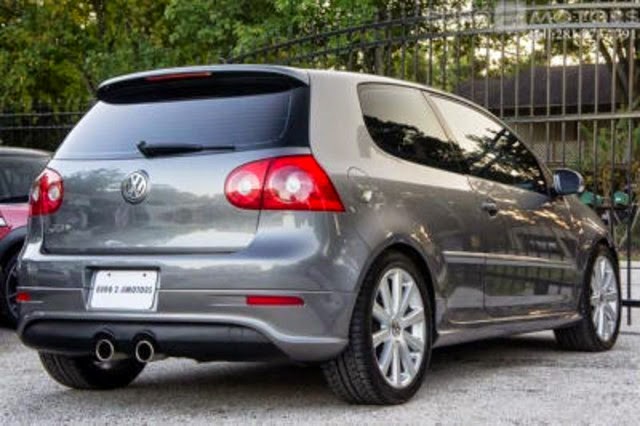 See a cooler set of tail pipes for less? tips@dailyturismo.com