The DKW Munga was built from 1956 to 1968 by parent company Auto Union (which was purchased by Volkswagen in 1965 and turned into the Audi brand). A few less than 47,000 of the little 4X4 Jeep-style cars were produced and the name has nothing to do with the modern day term for jealously but was an acronym for the German phrase Mehrzweck UNiversal Geländewagen mit Allradantrieb which means Multi purpose UNiversal Cross-country car with All-wheel drive.  Find this 1958 DKW / Auto Union Munga

for sale in Wilmington, DE currently bidding for $4,550 reserve-not-met with 5 days to go. 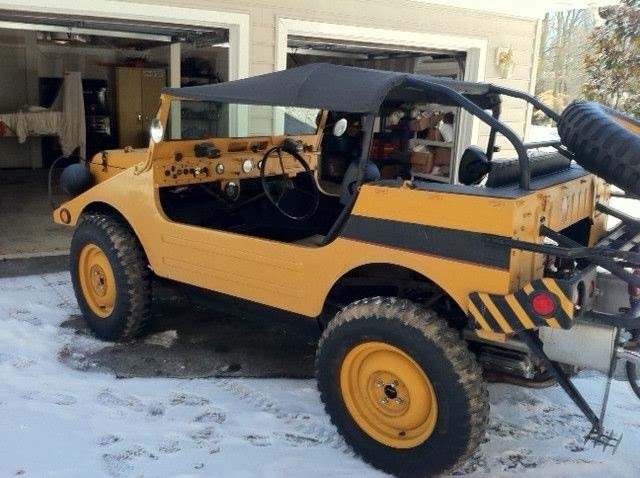 This particular Munga is no longer powered by the small 2-stroke 3-cylinder engine that came from the factory, it is now VW powered via a 1600cc classic aircooled flat four.  This small detail along with the garish paint scheme made it easy to find a previous sale.  It traded hands for around $9,200 on ebay back in 2010 according to bringatrailer.com. 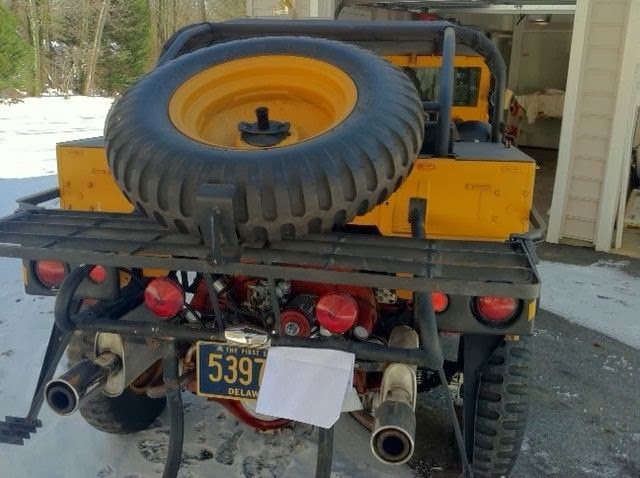 The seller states that this is a 1958 Munga body on top of a 1968 VW Beetle pan, so it is less an engine swap and more of a body-swap, but no one will mistake this for a Bug.  They could mistake it for a VW thing or some sort of Beetle based kit car, but it should be easy enough to correct them while driving down the road.  Nothing bad could ever come from your screaming of “Munga MUNG-AH” at strangers while driving around town. 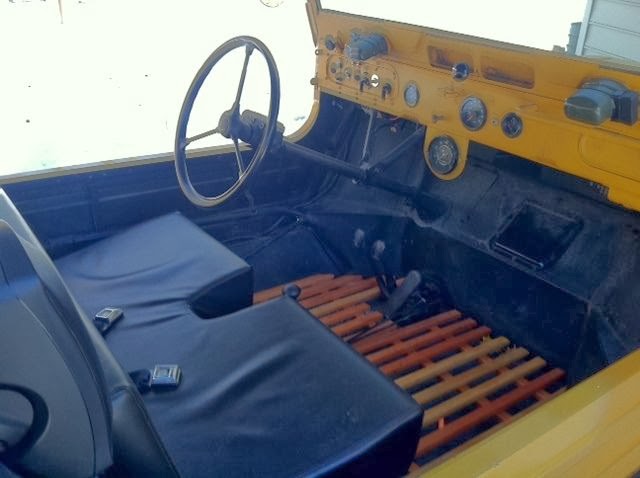 Those people will be able to hear you clearly because the Munga has no windows or doors to speak of — and the canvas top looks strictly decorative. 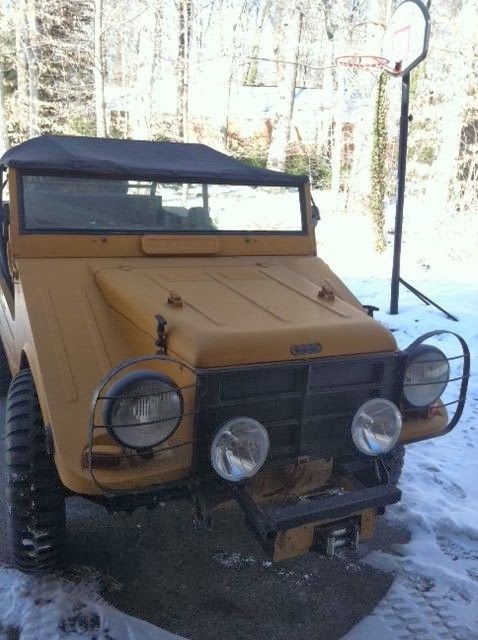 Look closely and you’ll note that this piece of Mungineering has the Audi / Auto Union four ring badge displayed proudly on the front trunk lid, just like its slightly less practical descendant, the Audi R8.

See a rare piece of custom junk that’ll keep ’em guessing at the stop lights all year around? tips@dailyturismo.com