The first generation Porsche Boxster was internally designated the 986 and sold from 1997-2004.  It introduced Porsche’s first watercooled flat-6 to a skeptical public, and many proceeded to blow up in/out of warranty.  It was also Porsche’s first road-going mid engine car since the 914 and as such was bestowed with fantastic handling, grip, steering, controls; truly a sublime car to drive with gusto, particularly in the faster “S” trim.  Ten years does a lot to the resale value of a luxury sports car and today nice Boxster S examples can be found for around $15k, or $35k off MSRP.  Not a bad discount.  Find this 2004 Porsche Boxster S for sale in Fort Lauderdale, FL currently bidding on ebay for $11,000 with less than 1 day to go.  Update 6/28, it looks like the seller pulled the auction, likely because it was no reserve and someone was going to get a great deal…so…here is a 2001 Boxster S with 62k miles for $15k and another 2001 with 57k for $16k. 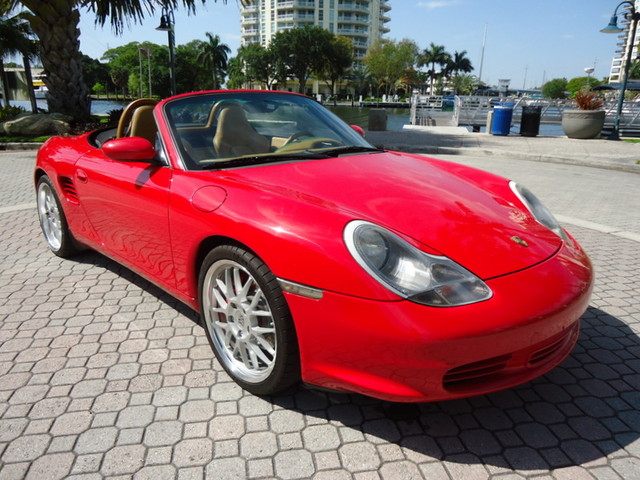 When first introduced in 1997 the Boxster had amber turn signal lenses that resulted in the unfortunate nickname for the entire headlight assembly as the “fried egg.”  In 2003 Porsche did a small update to include clear turn signal lenses and a glass rear window, resulting in a car that looks much newer today.  When ever searching for a particular car we like to find the last examples for a generation as these will typically have the best quality as the bugs have been worked out. 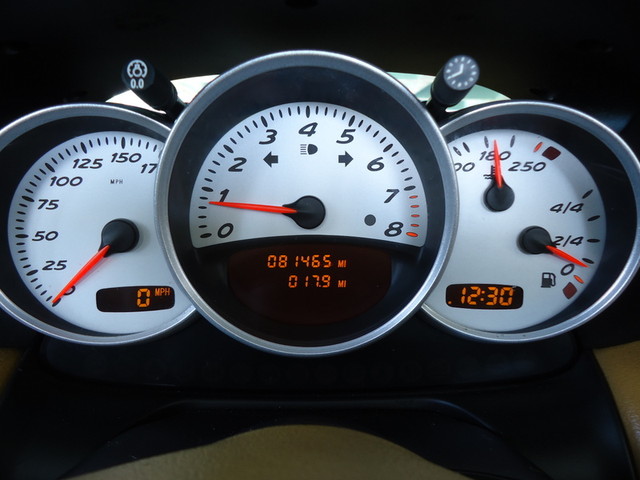 The Boxster uses a mid-engine setup and has zero access to the engine from above, so instead of showing the typical engine bay photo (this would require a lift) we are going to show what we consider the best looking late model gauges available today.  The 3.2 liter flat-6 under the driver’s butt is a water cooled DOHC fully modernized alloy engine that puts out 258 horsepower and 229 ft-lbs of torque into a 6-spd manual transmission.  With a 0-60mph of 5.5 seconds the Boxster S won’t wow you with ferocious acceleration, but it sings a sweet song up to 7,000 rpm before the rev-limiter kicks in. 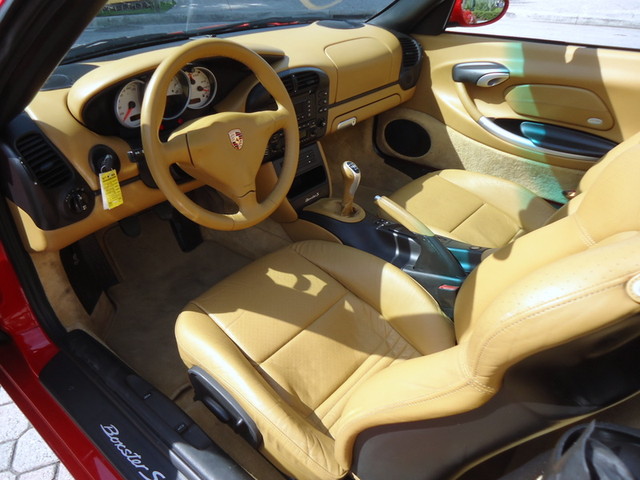 This one looks to be equipped with the full leather option that adds leather dash, leather door inserts and generally uses about 5,000 hamburgers worth of the stuff.  The interior has survived the years well and doesn’t look bad for 81k miles. 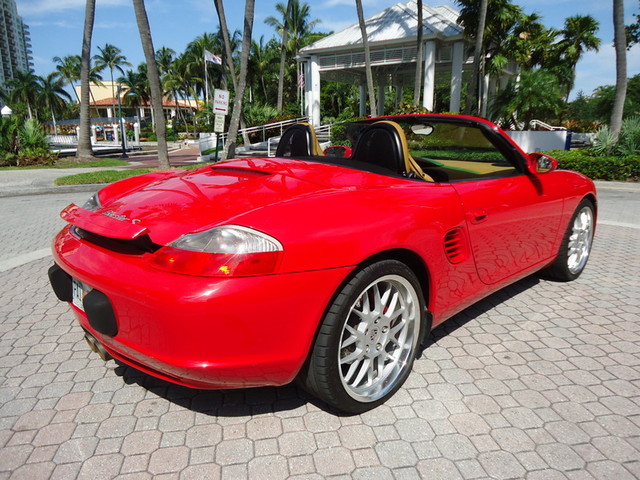 The single biggest issue facing the buyer of any late model used Porsche is surely the cost of maintenance.  Any sort of shop catering to Porsches will charge an arm/leg for anything, $80 oil changes, $200 alignments, everything costs 2X.  But the biggest concern is that flat-6 under the hood.  If/when it goes, expect a colossal replacement bill as 986 engines aren’t rebuild-able.  Expect $5k for a used replacement engine, $7k for a refreshed engine, $10k for “rebuilt” and $15k for a new Porsche engine.  Yikes!  A bit more than a $3k crate engine for a Vette. Porsche, there is no substitute for money.