Lots of ~300hp AWD cars have flashy names, flashy looks, and sporting pretenses. I’m looking at you, Subaru STi, Mitsubishi Evo, and Golf R. But those pocket rockets are all based on economy cars – decent as they are in standard form, the driving experience will always be a bit downmarket and the cut-cost platform will show itself in places like the interior, ride, and NVH. But what about a 300hp, turbocharged family mobile? This wasn’t a common idea back when the Volvo 850 T-5R was introduced in 1996. By the second generation it had morphed into the S70R / V70R and gained AWD, but the 3rd-gen P2 car is when the formula really started to shine. Find this 2005 Volvo V70R for sale in Denver, CO for $8750 via craigslist. Tip from Oldsmobuick. 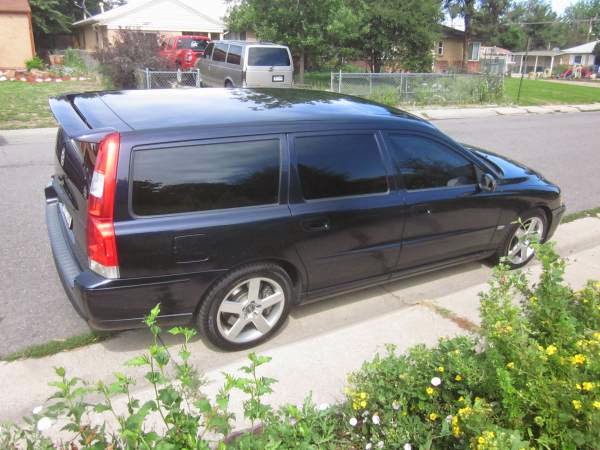 The V70R and its sedan brother the S60R weren’t really meant to be competition to rally bred AWD turbo machines like the STi and Evo; rather it was a faster, more capable version of the midsize executive luxury car formula that Volvo had been trying to perfect for the preceding 30 years. 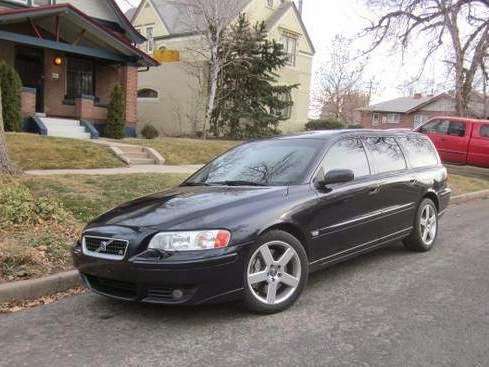 There were Turbo (with a capital “T”) versions of the 242, 244, 245, 744, 745, 780, 944, and 945 before the gods were angered and the engine was rotated 90 degrees to create the 850 as a modern successor to the 240. But all of those cars were rear drive only, with about 170hp max. Granted they did come with your choice of 4-spd automatic or 5-spd manual until 1991 at least. So when the V70R wagon with a 6-spd manual and all four wheels clawing at the pavement came around, it was following the natural progression of performance from Torslanda. 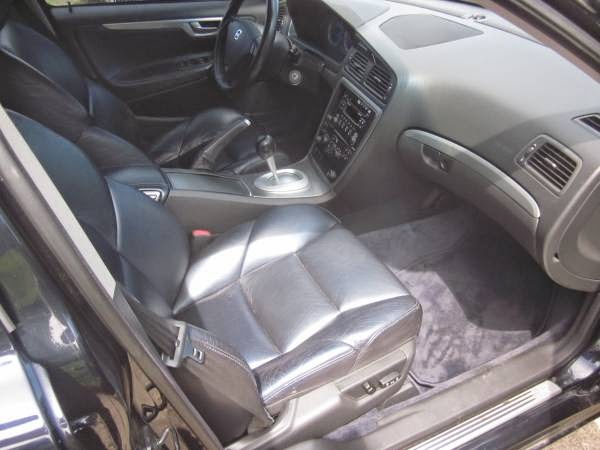 No engine pics are provided in this craigslist ad but the mill in question is B5254 T4. Translation: gasoline (B = bensin), 5-cylinder, 2.5 liter, 4 valves per cylinder, Turbo, and the 4th version of such a configuration. It makes 300 hp and 295 lb-ft of torque between 1950 and 5250 rpm, meaning a broad plateau of drivability even if the car’s heft won’t make it feel as fast as a 300 hp econobox. 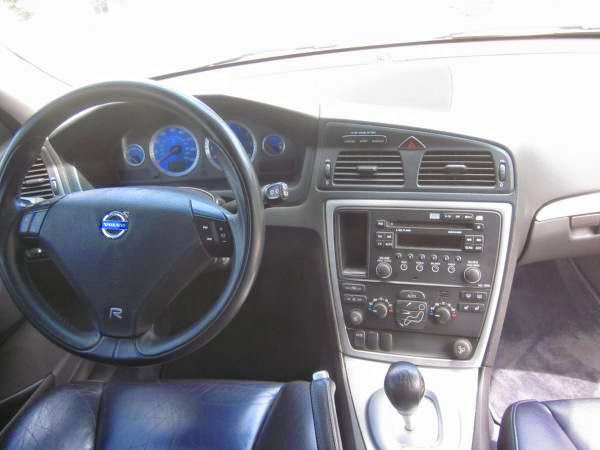 The leather seats in this car look like the shiny dark blue “Nordkapp” variety which compliments the blue faced gauges for an icy interior theme. That 6-spd shifter with the spherical gate/boot majanger is pretty cool and unique too. Overall, a P2 Volvo isn’t worth much these days but will provide you with a stealthy take on moderate performance, if you can keep up with quirky maintenance needs and the large number of small failures that will happen on a 10-year-old European / Scandinavian sporty car.