There is an old adage that says the customer is always right…but you as readers of this site aren’t so much customers as unwitting clickers of advertisements that gives us a nickle from some third party website that is really just another website looking to get you to click on their ads..for which they get a nickle…basically the internet is one giant pyramid scheme…but that is the subject for another post.  Anyway, tipper Gianni sends us the following link with a note:

There is no way to argue with that sort of logic, so without further ado, here is this 1969 Alfa Romeo 1750 Berlina 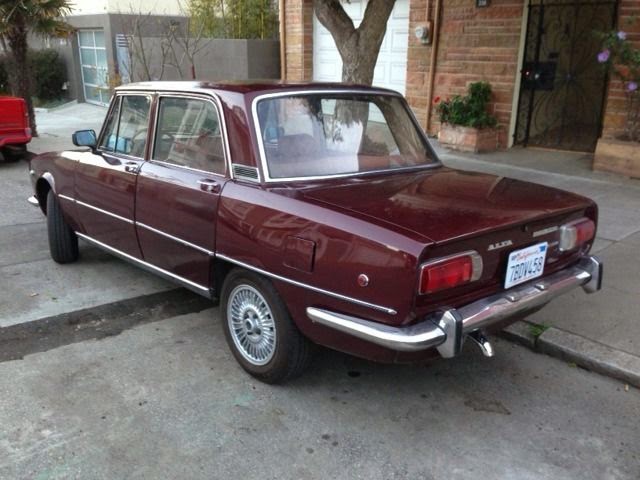 This Alfa Romeo started life as a 1750, but now has a 2.0 liter engine, so you could call it a 2000…but most people will simply call it a Berlina, which means sedan in Italian.  The Berlina is the square shouldered sister to the gorgeous GTV; less attractive but more useful.  This one wears a repaint with clear coat that is flaking off, which begs the question as to why anyone would have thrown a multi-stage paint job on it in the first place… 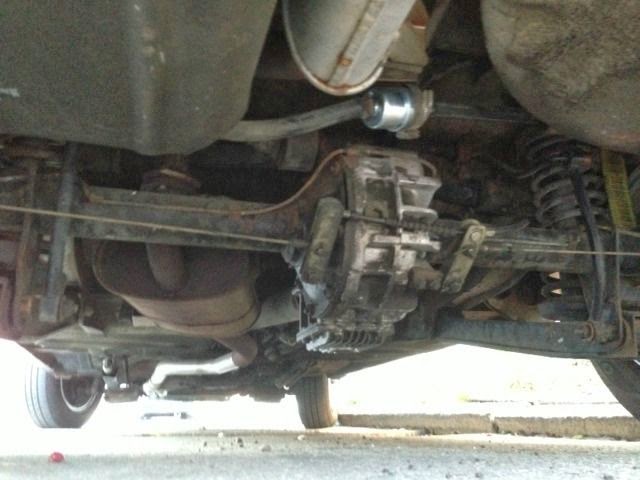 Paint problems aside, the other big issue with any Alfa from this period is rust and this car is no stranger.  The seller states that there is evidence of repair, but you can see surface rust in anything steel on the undercarriage but it doesn’t look too bad from the photos. 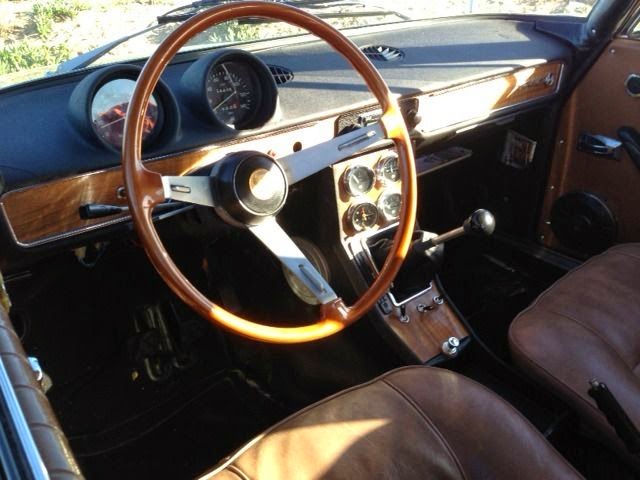 On the inside, the seller has done some renovation recently including a new mahogany dash inlay and some electrical sorting.  The seller is very proud to mention that the clock works, apparently a rarity among vintage Alfas. 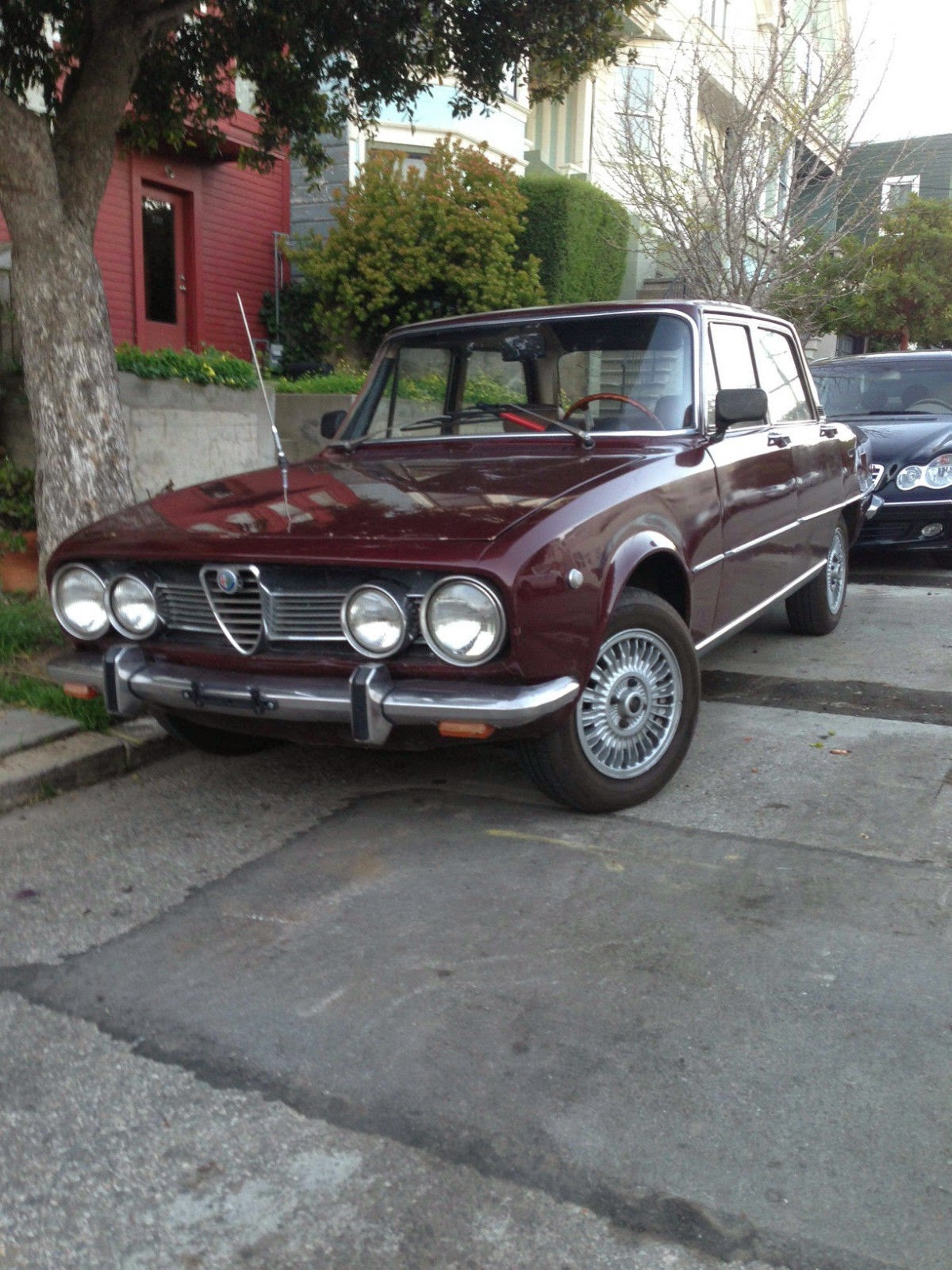