When friends feed your weakness you don’t know whether to thank them or smack them. In this case, thanks to tipper Oldsmobuick for feeding my insatiable wagon jones with his tips on this 1965 Buick Sportwagon which he found on craigslist in Stanwood WA for $8800, and this 1965 Chevelle Malibu Wagon which he found on craigslist in Portland for $11,000. While there is a lot to like about both of these cars, my gut reaction is that the seller of the Buick has supplied way too few pictures to support his asking price of $8,800 and for all the information supplied by the seller of the Chevy, this original appearing car is actually a very mild restomod which may actually hurt his pricing. 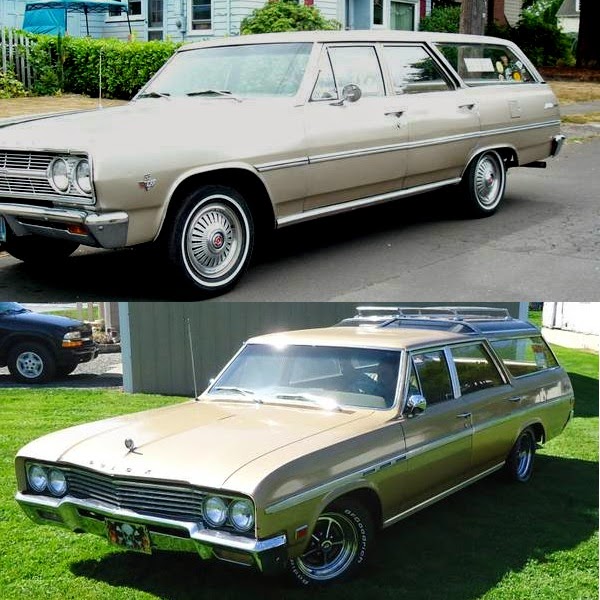 These two listings represent the tug of war between solid mechanicals and name recognition. They also represent the different approaches taken by the two very different wings of the divisions at GM in the 1960’s. The Buick Sportwagon and Olds Vista Cruiser were definitely the higher end offerings in the mid-sized wagon segment and were usually adorned with far more electronic gadgets than the Chevy Malibu and Pontiac Tempest wagons.  While the Buick was the more heavily optioned, higher performing car in 1965, the Chevy far outsold it new and has a greater following in the used market. 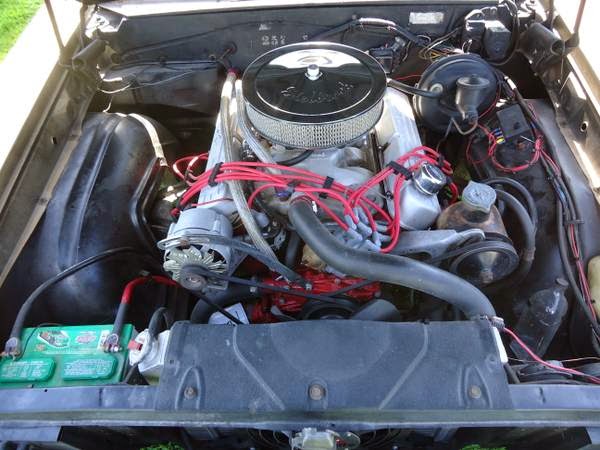 These two ads offer a great comparison as they both maintain a stock
appearance and each is sporting a champagne gold exterior over a
neutral colored interior. The real reason for considering this
particular Buick lies under the hood, as the seller states that
it has a rebuilt 455 backed by a 400 transmission. Buick’s 455 is pretty
bullet proof and with modest tuning can put down some rear end destroying
torque. So, hopefully the rear end was upgraded. The under hood shot
also reveals power steering and brakes, but that big jelly jar for the
single master cylinder reservoir provides ample warning that slowing this beast
down with stock drum brakes will require some patience and perhaps some
prayer. (See note regarding PPI and possible Fred Flintstone auxiliary
braking system) 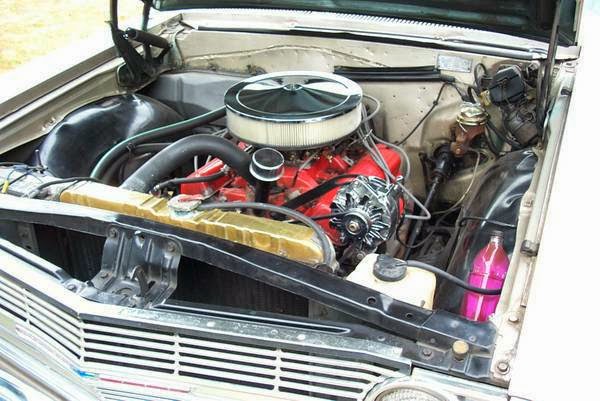 The seller of the Chevy notes that it has “327 Heads” which causes us to wonder what those heads are bolted to; perhaps a base 283 block? The engine shot reveals that the Chevy doesn’t have power brakes or power steering and without any mention of the transmission, it is most likely sporting a powerglide, which is not likely to provide much in the way of launching power.

The sparse amount of information offered for the Buick can be good news for someone willing to do some digging or springing for a good PPI.  After all, with a little luck, this may be another example of the current owner having done all the hard work, leaving just a few minor tweaks to end up with a car that could haul your toys or your kids. 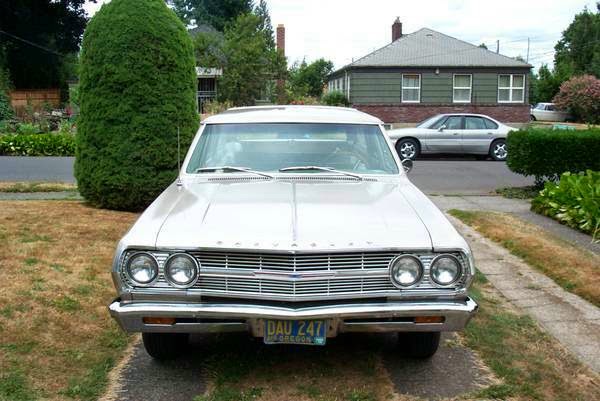 The sparse photos and minimal description leaves the reader wondering if either car is wearing their well preserved original coat or a respray. There are only two shots of the Buick’s interior which has undergone a radical speaker-ectomy, while the Chevelle shows off a recent interior refresh. While the Buick would have been available as a 9 seater, both appear to be the six seater versions. 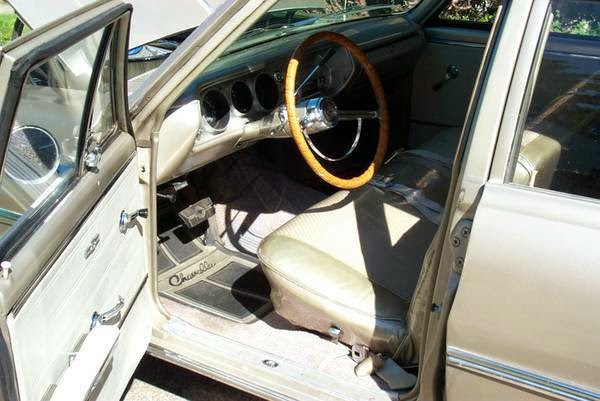 The Chevy is sporting its stock wheel covers while the Buick is wearing Buick Rally wheels, which gives the Buick a slightly sportier appearance. The picture of the Buick’s tailgate window shows what appears to be a huge etched scar, suggesting that raising and lowering it may be a little like dragging a teenager away from their texting. It is also hard to tell if the Buick has either a headliner or the rear sunvisors for the vista roof windows which are notorious for leaks. The Chevy’s tailgate appears to be operated manually. The Chevy’s rear load deck is protected with a carpet remnant which one can only hope is covering the standard loop pile. 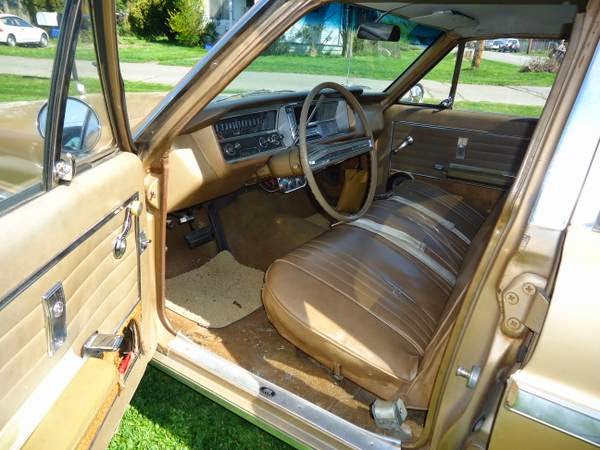 The Buick would probably run quickly away from the Chevy until it reaches its first of many pit stops for fuel, but the Chevy appears to be in slightly better “nick”.

While I know a guy who would love to take his chances with this Buick, just to swap the engine and transmission, I’ll have to leave this one for the next guy. I may be a notorious Buick fanboy, but I don’t think either car merits their seller’s asking price. In this comparison, I’m chagrined to admit that the Chevy is probably the better investment even though it doesn’t offer near the features. So, do you go with the drivability or the long term investment potential?

See a better cousins’ comparison, email us at tips@dailyturismo.com