It is time for a rescue mission. Someone has to save this next car from the hazards of the wild northern plains of Canadia. Potential ruination lurks behind each igloo — the moose bites, hail damage, snow storms, old people (because of good/cheap healthcare they live till 100+), hockey pucks, and four-way-stop “go-ahead, no you go-ahead” slow motion crashes.  Find this 1996 Alfa Romeo Spider Tipo 916 offered for $12,999 CAD (I think this is free in USD or 7.2 cents, not sure) via craigslist located somewhere north of Washington State in a “Province” called British Columbia (yeah, as if that is a really place.)  Tip from Gianni. 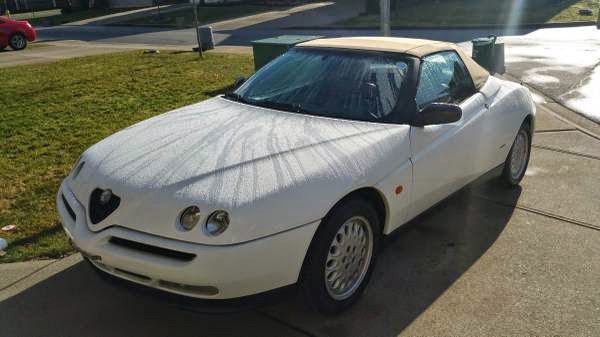 The Alfa Romeo Spider built from 1995-2006 shares a platform with the Alfa Romeo GTV  from the same era, and was a replacement for the aging Alfa Spider Guilia (1966-1993).  The Pininfarina designed exterior was a huge step forward in looks, but unfortunately the car moved onto a transverse longitudinal front drive set up. 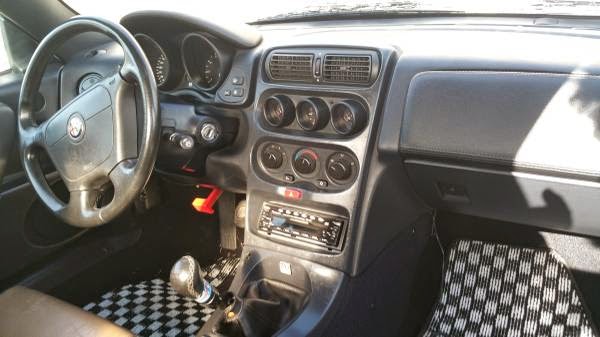 Power comes from a 2.0 liter 16-valve TwinSpark inline-4 that pushes 150 horsepower and 134 ft-lbs of torque into the front mounted 5-speed transaxle.  60mph is dispatched in 8.5 seconds and the car maxes out around 135mph — not horrible paper stats, but nothing to write home about in the late 1990s. 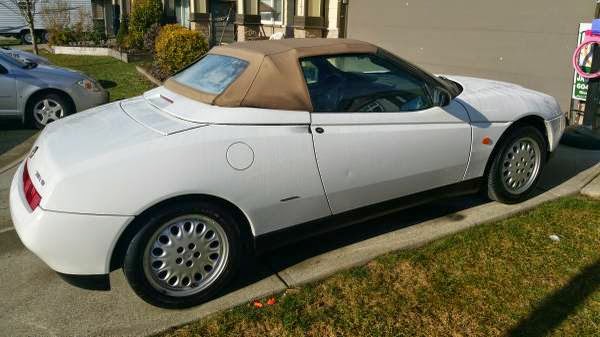 Good luck importing this less than 95 year old “classic” into the USA without bribing some DHS employees, but in 5 years this will be fair game because according to US customs law, it will be safer then.  See another Italian-Canadian? tips@dailyturismo.com