The second generation Toyota Corona Mark II was Coke bottle styled model that slotted
between the luxury Crown and low end basic Corona models sold between
1973-1976.  You can find Mark IIs from time to time on your local craigslist, but most are rusty and
powered by a version of the underwhelming Toyota R series cast iron boat
anchors, but the one we have today has had a serious injection of engine power.  Find this 1973 Toyota Corona MKII Wagon Turbo with 1JZ-GTE offered for $8,500 in Los Angeles Area, CA via craigslist.  Tip from Alex V. 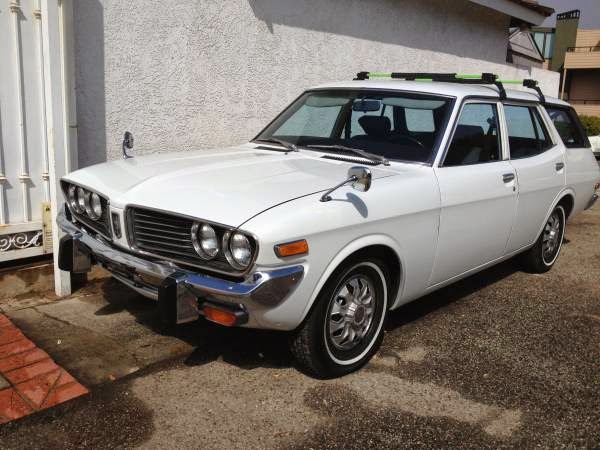 The Corona Mk II was restyled after the 1972 model year and the post 1973 models with split grill look much cooler.  The additional 5mph bumperlets are ugly, but the rest of the Toyota economy sedan styling got better for a few years before devolving into the washing machine style of the 80s. 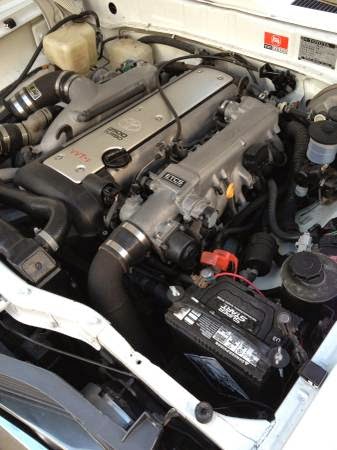 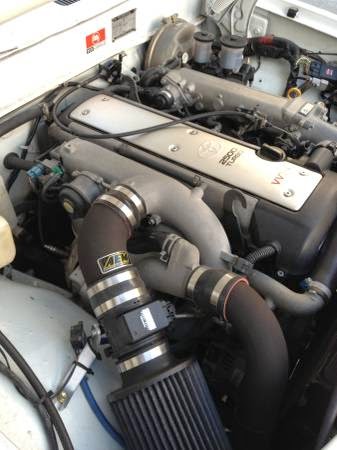 The original Toyota R-engine that would have been good for a few mulepower has been removed and a 1JZ-GTE good for 280 horsepower from the factory bolted in its place.  This particular 1JZ-GTE has a few upgraded parts, but it is mated to an automatic transmission.  There are plenty of available 5-speed manual gearboxes from other used Toyota’s that would bolt right up to this engine (W58 springs to mind). 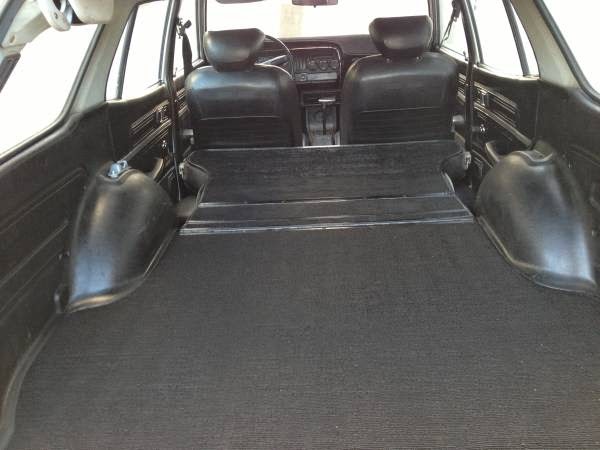 The inside of this wagon looks excellent for hauling lots of stuff around, but it is clean enough that you wouldn’t want to really use it for hauling duty. 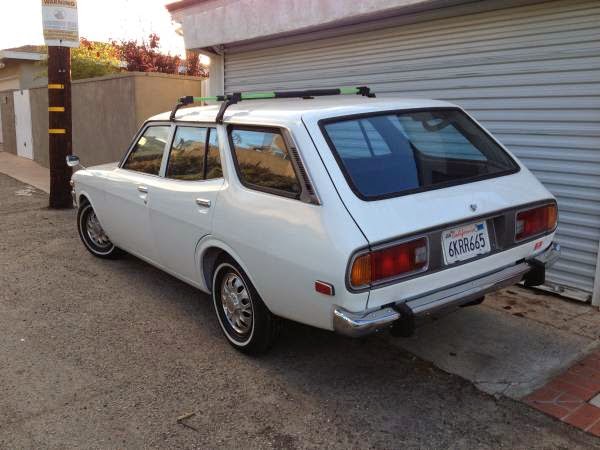 Got a spare 5-speed sitting in your garage and room for this wagon? tips@dailyturismo.com