The poet and father of Greek tragedy Aeschylus once wrote: “It is an ill
thing to be the first to bring news of ill.”  Is it a leap of logic to
expect that being the first to bring good news is therefore a good thing?  What if that
news is the birth of German factory authorized sport sedans,
specifically the first Mercedes-Benz 190 2.3-16V Cosworth to arrive in North America?  Find this 1986 Mercedes-Benz W201 190E 2.3-16V

currently bidding on ebay for $5,200 with 4 days to go, located in Long Beach, CA.  Seller submission from Mimo K who has also listed the car on craigslist. 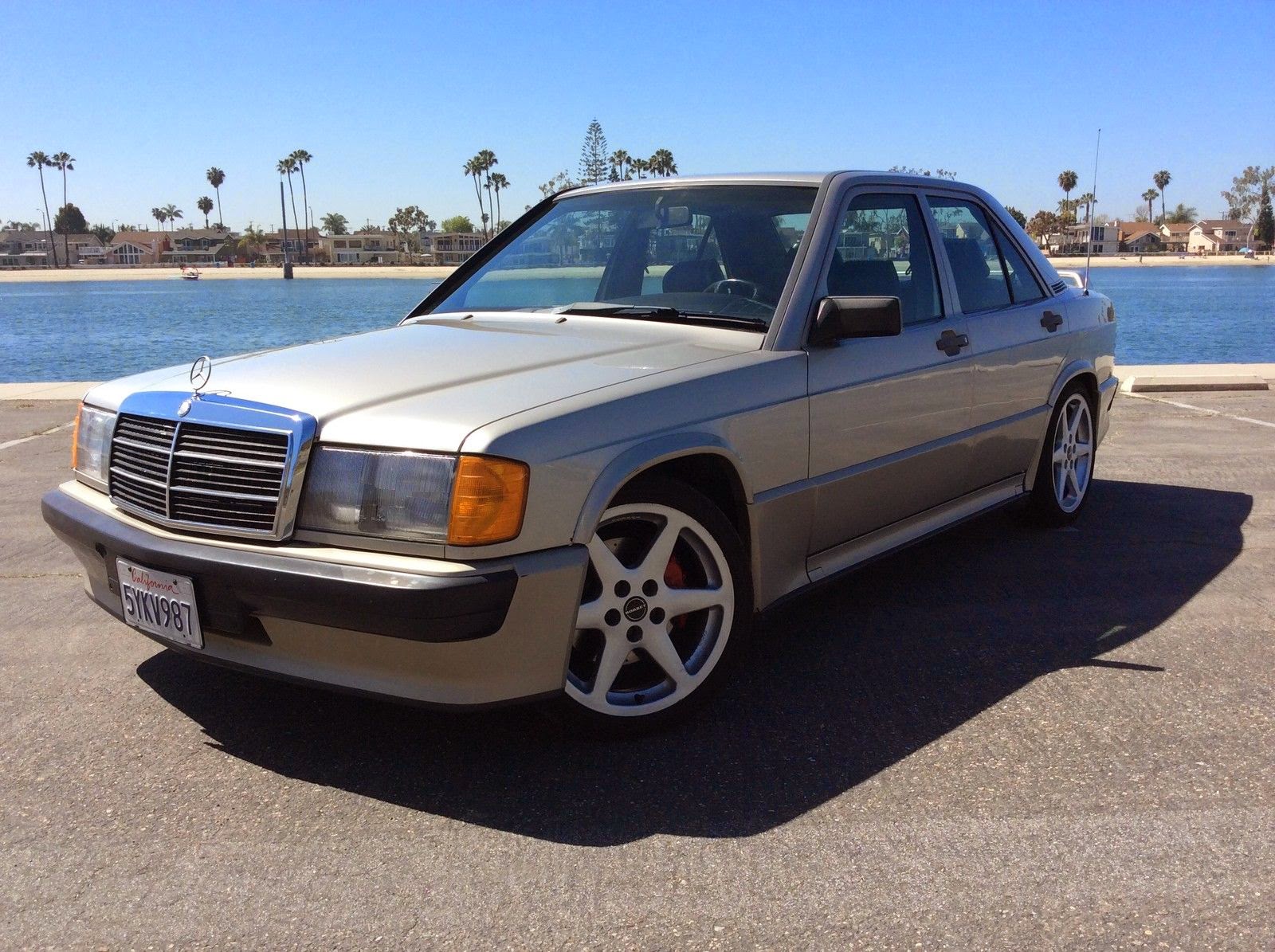 The W201 Mercedes-Benz “190” sedan was built from 1982 to 1993 and is the predecessor to today’s C-class sedan.  It was an elegant but simple
sedan powered by a few 4 & 6 cylinder gas and diesel engines.  It wasn’t a car that any enthusiast would consider, at least until the 2.3-16V Cosworth edition was released as a direct competitor to BMW’s apex-raping first generation E30 M3. This particular car was the actual press car used by Car & Driver in the March 1986 edition and is the first non grey market 2.3-16V import to the USA. 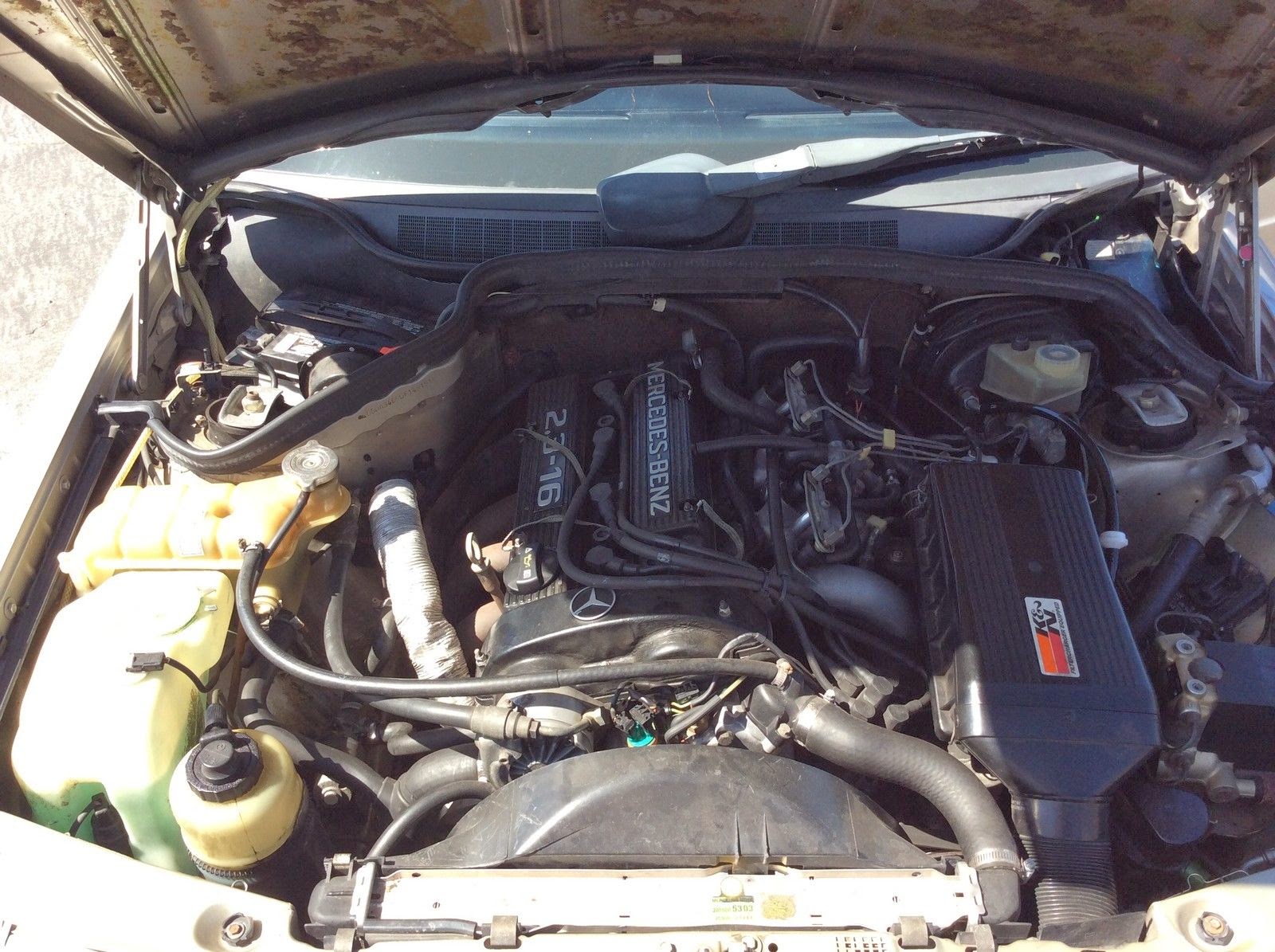 The heart of the 2.3-16V Cosworth transformation from Taxicab to
Ringtaxi is a 2.3 liter DOHC inline 4 with cylinder head designed by
Cosworth.  The resulting engine puts out 167 horsepower and 162 ft-lbs
of torque and is mated to the 5 speed transmission. The 2.3-16V
today brings with it more of an experience, than actual performance,
with its strange dog-leg gearbox (1st gear is down and to the left, 2nd
is up where 3rd normally is, and 3rd just under 2nd – it was intended to allow 2nd-3rd gear
changes on a race track to be quicker…but actually just confuses
drivers). James May can’t figure it out, but we have more faith in our
readers. 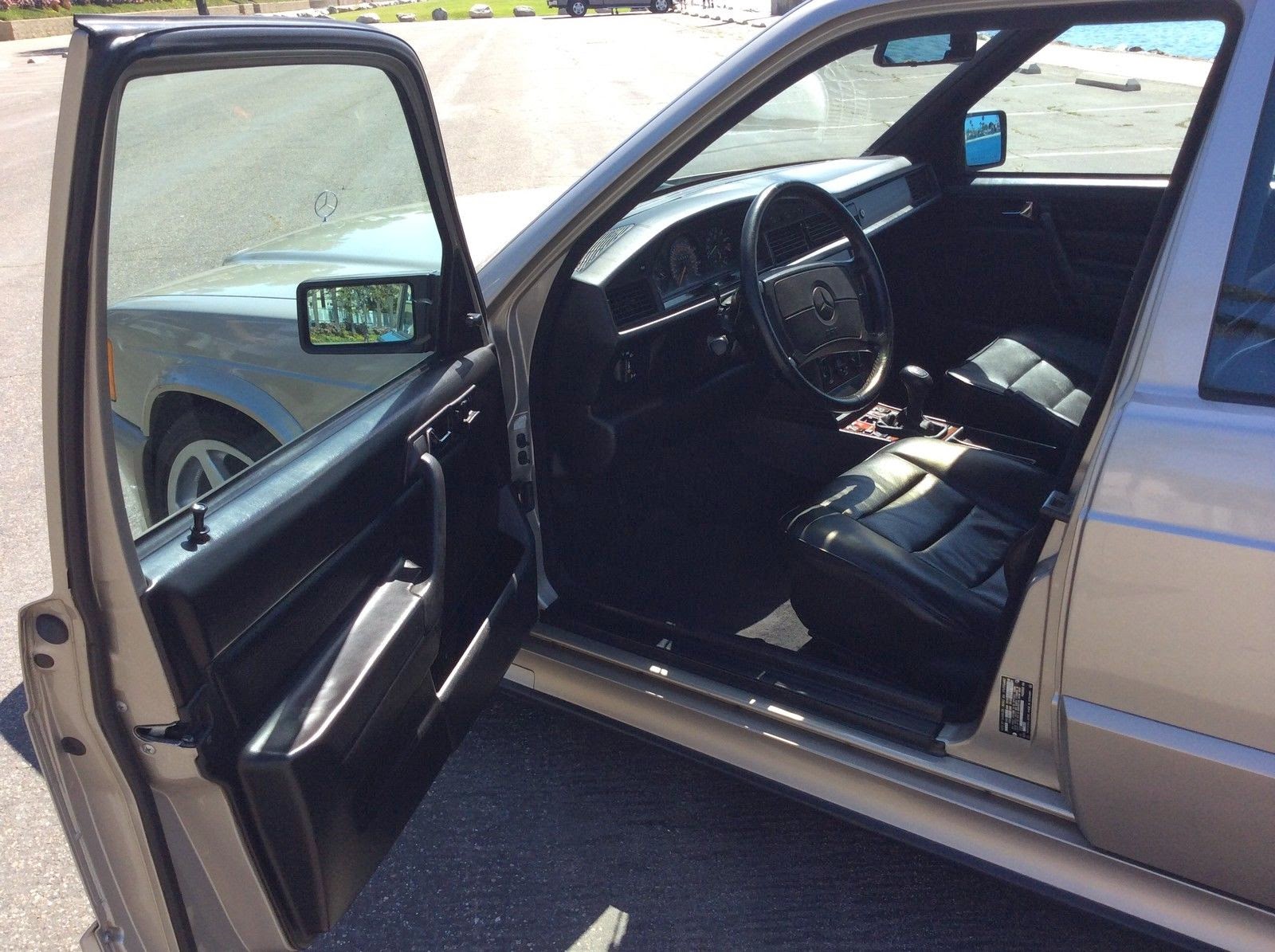 The interior of this 2.3-16V looks in decent shape, with the slightly smaller
steering wheel (the basic 190 steering wheel would be at home on the
Queen Mary), huge shifter knob and some bits of M-B standard Zebrano
wood accents.  Mid 80s Mercedes interiors are known to survive the years
of scotch drinking magazine writers well, but small issues like broken ignition lock-cylinders can cost the
bank if you take it to a dealer or MBZ repair shop.  The DIY savvy mechanic/owner will spend much of his time on pelicanparts.com, but savings over stealership repair prices are substantial. 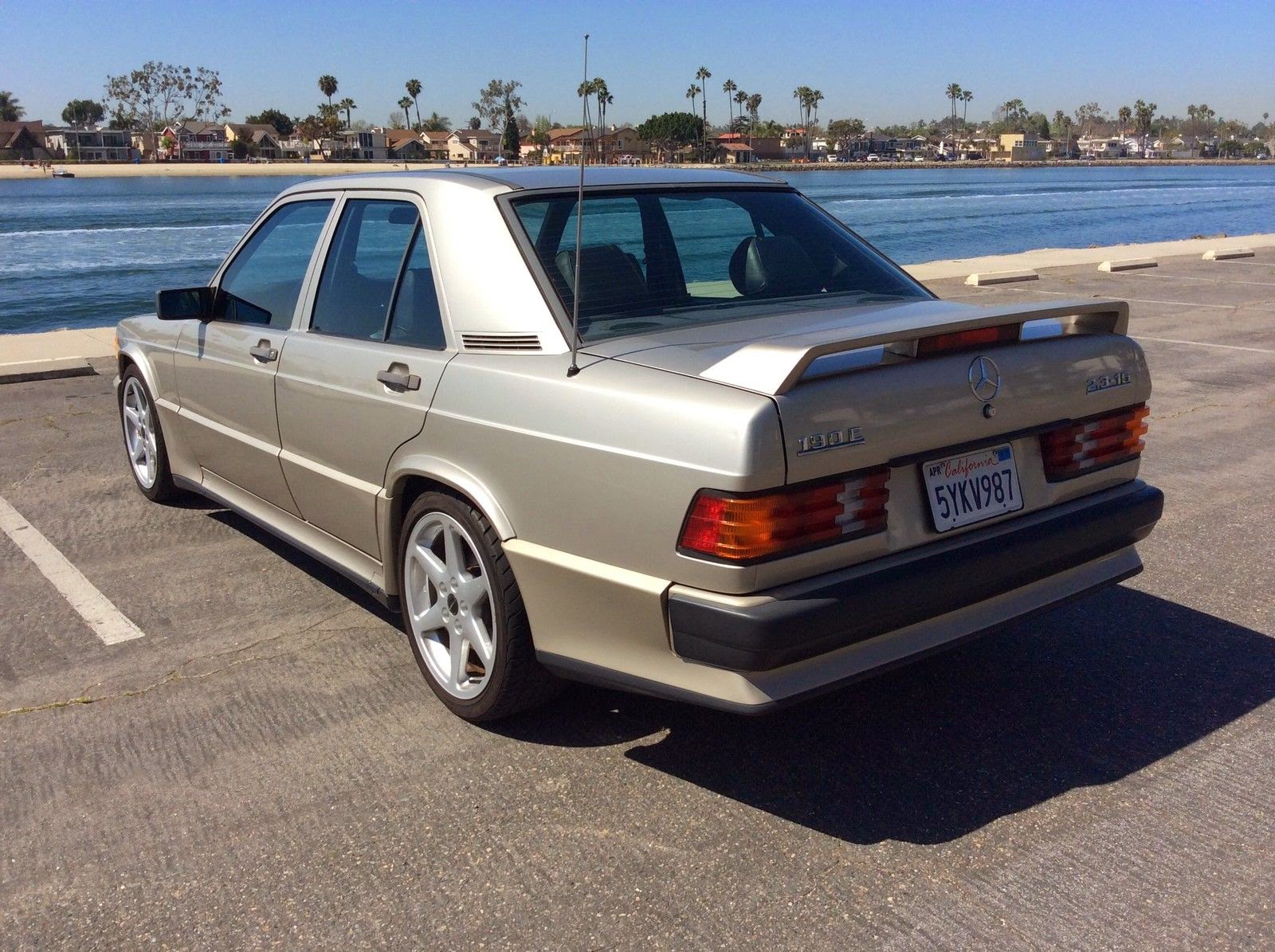