Far too many MGBs have been hacked up by nutjobs and given heart transplants from V6 Camaros, torqueless rotary time bombs and other indescribable horrors.  It has gone on too long and today we take a stand against all bad swaps by featuring the perfect engine transplant for any British classic.  This is Mother Teresa’s heart beating softly under Donald Trump’s floppy pompadour.  This is a heaping pile pastrami slathered in thousand island dressing and shoved betwixt two pieces of gently toasted rye bread. Tigers and Cobras step aside…  Find this 1975 MG MGB with Buick/Rover 215 V8 offered for $9,500 in Ithaca, NY via craigslist. Seller submission from Greg. 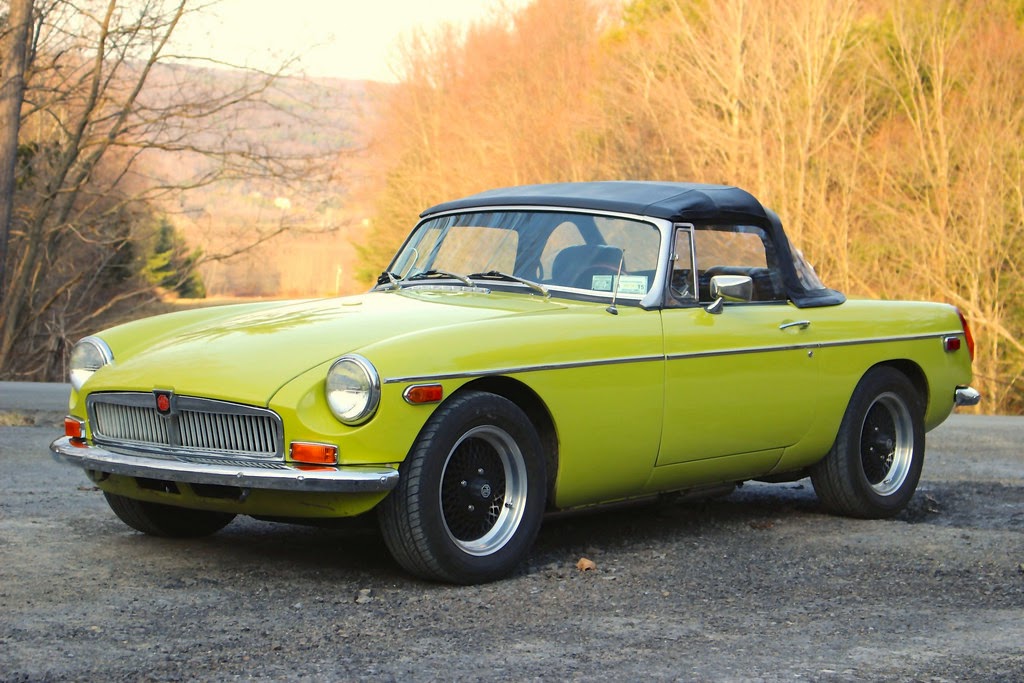 The seller sent in this submission with the statement– It’s a fantastic car, with not too much to make fun of…. Please be kind to a fellow old Volvo lover.  Uh-oh, a request to be kind…hmmm.  Perhaps I’ve been skewering cars we’ve found (or had submitted to us) with reckless abandon.  Why?  Eh, why not?  Probably because I ate some bad cheese the night before, but also to compensate for a complete lack of editorial content from many other car finding sites that will remain nameless.  Off the high horse and back to business… 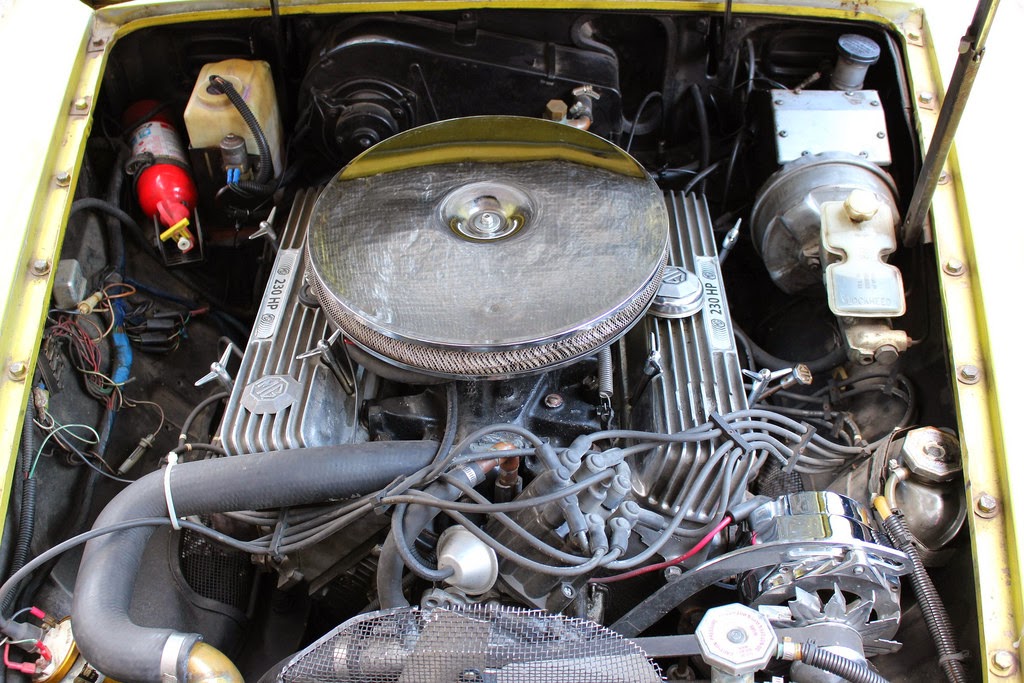 The original 4-cylinder tractor motor has been put out to pasture and the replacement is a Buick-Olds-Pontiac-Rover 215 cubic inch V8…huzzah!!  Labels on the valve covers says 230 horsepower, so lets go with that for power.  One thing this is really well done are the MG decals on the valve covers, makes it look stockish – also the ultra thin air cleaner is great because it keeps a stock hood – no need for hideous snorkus/cowl hood.  The only changes I would make would be to ditch the chicken-wire fan shroud and replace it with a metal or plastic custom fabbed piece that will shroud air (chicken wire is entirely too porous for viscous fluid deflection purposes).  Also, clean up/re-route some of the wires with black zip ties and put the fire extinguisher somewhere that will be accessible in case flames are engulfing the engine bay.  Whatever, I’m being picky, just shut the hood, shut up and drive. 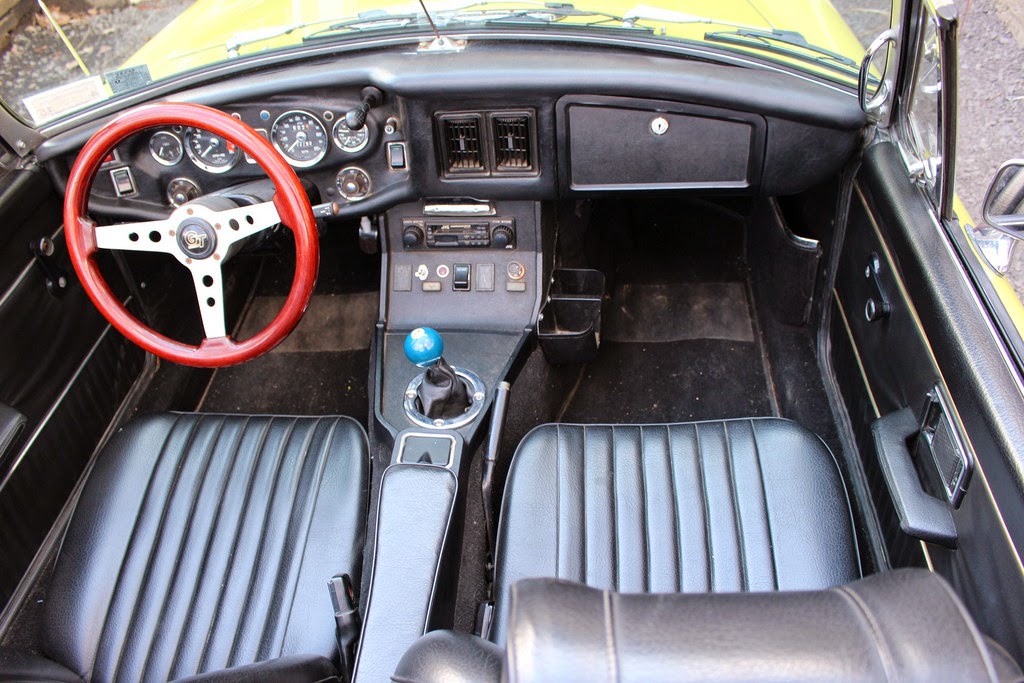 The interior doesn’t look bad at all, and it is nice to see the T-5 shifter sitting where it should be.  Sometimes engine/trans swaps end up with odd shifter locations that require contortionist practice to operate and you end up wishing for the original drivetrain. For anyone worried about Northeastern rust, this car was exported from the saltless South before it was V8afied and now it only gets driven during the non-snowy season.  Pictures of the underside show no signs of the tin worm. 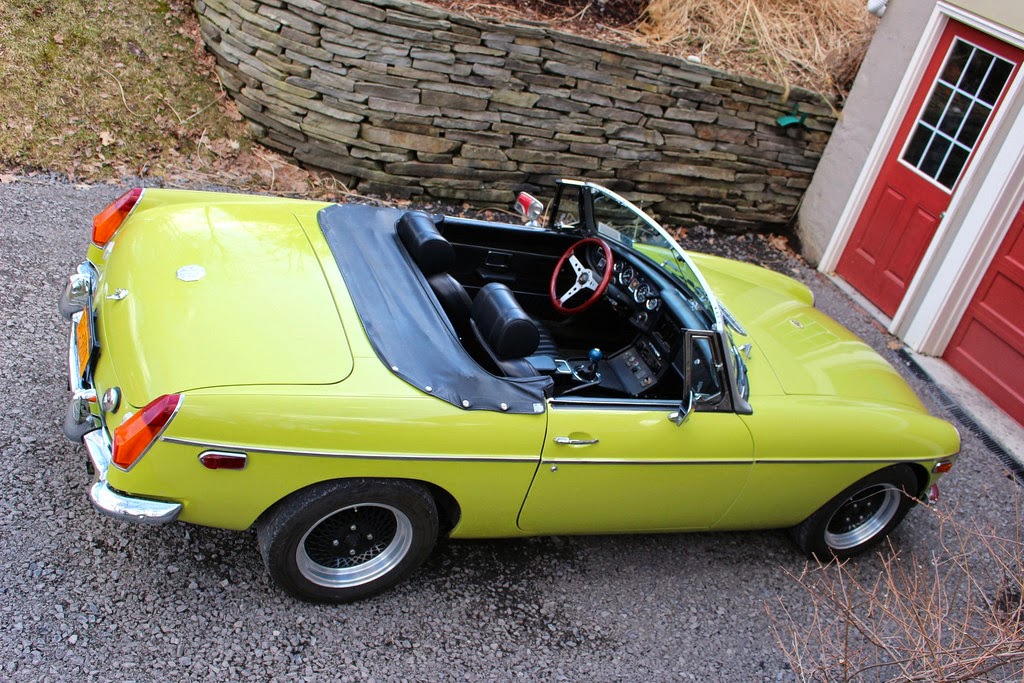 Got your own classic cruiser to sell?  Send us a link.  tips@dailyturismo.com  [I promise to not be toooo mean…unless I eat too much bad cheese, then I’ll get someone else to write it up. -Vince]