Over 1.2 million examples of the Morris Minor were sold between 1948 and 1972.  The Minor was built by Morris Motors Limited in
the UK and would be easy to dismiss for an Austin Mini imitator (family sedan built in bulk, many variants
available, old styling lasting for decades), but the Minor predated the Mini and was designed for folks other than midgets. It used a front engine / rear drive setup instead of the Mini’s
front/front…which makes it much easier to swap in something odd.  Find this 1961 Morris Minor with Suzuki Samurai inline-4 power offered for $12,500 in Bensalem, PA via craigslist.  Tip from David K. 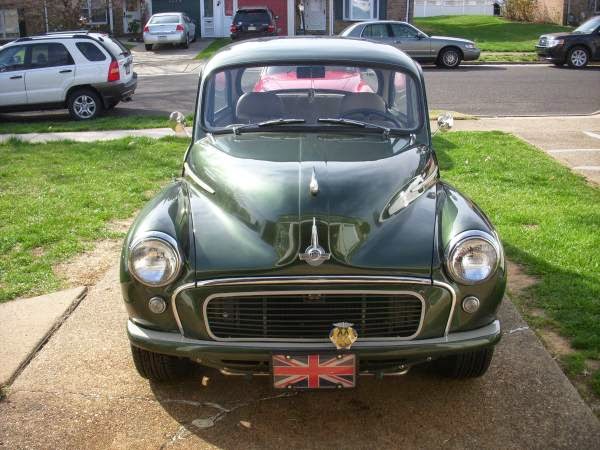 You don’t need to be a dyed in the wool redcoat to appreciate the coolness of the Minor; it exudes class from every orifice, but driving a stock one will be a miserable experience because driving something in modern traffic that has 37 horsepower and weighs more than a mobility scooter is not cool. 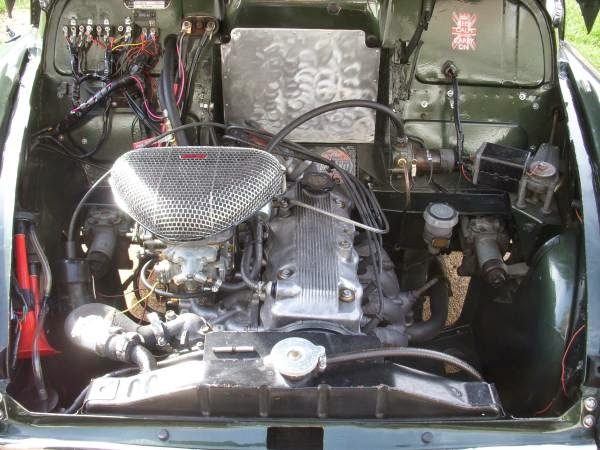 Under the hood is a Suzuki motorcycle engine…wait a minute…the Samurai isn’t a motorcycle, the Samurai is that top heavy micro SUV that is known for its great chassis and abysmal engine, so why anyone would pick the 1.3 liter 4-banger that puts out 63 horsepower is a riddle.  Even a stock 1.6 liter Mazda MX-5 engine is equally as small and puts out 115 horsepower..but it might cost a few hundred dollars more.  Perhaps what we are seeing is the cheapest way to swap stuff into your Minor. 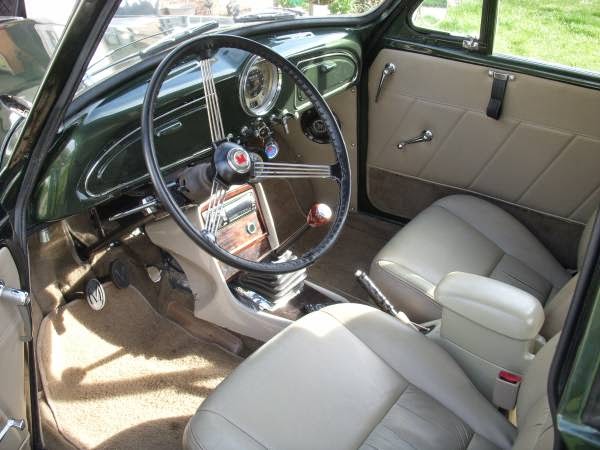 In another shrewd move to save money and upgrade his car, the seller has swapped in a set of comfortable leather Mazda 626 seats into the front.  Everything else looks clean and nice. 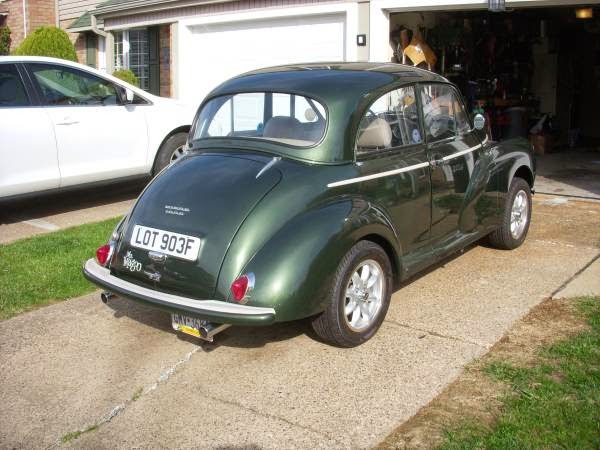 While we internet pundits would have preferred to see a Toyota 1600 twin cam or a Hayabusa, (blah blah blah, wheels…blah) there is no denying the allure of a finished project that offers upgraded power/reliability.  tips@dailyturismo.com