Whenever I find a nice condition, reasonably priced “Roadkill” at a local car show, it always seems to be huge, brown, and Malaisey (see this one as an example). No matter, I will continue to photographically and textually share anything I stumble across in person that seems to be rare, interesting, or exceptional in some way. More like exceptionally awful in most cases. Today’s was from a street fair in downtown Torrance, CA and is a very clean and very orangey-brown Oldsmobile (Cutlass) 442. This is either a 1976 or ’77 model from the looks of the front fascia and headlights, but if someone knows for sure, please chime in! The seller is asking $8500 and we must assume it is located in or near Torrance CA, but the phone number is shown after the jump. Update: commenter PJ pointed out this must be a ’77 based on the Oldsmobile badge being in print vs. script. Thanks! 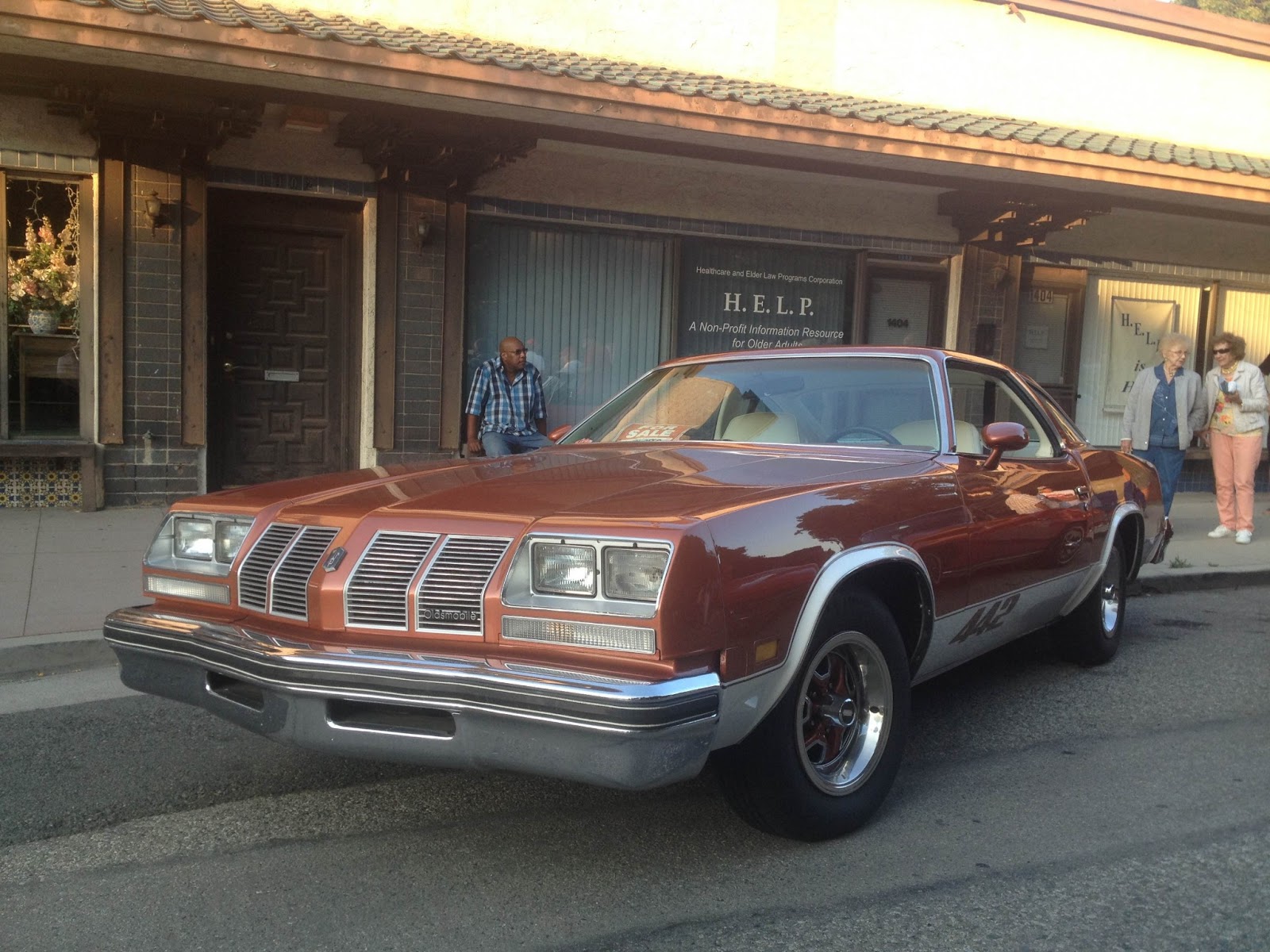 Murilee Martin (aka Judge Phil) of Jalopnik, TTAC, Car&Driver, and 24 Hours of Lemons fame had this to say about the ’77 442 in response to a period TV commercial: 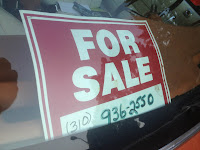 “Never mind that surf music in 1977 served as a mocking reminder of how much cynicism, diminishing expectations, and napalm had flowed since the early 1960s, because the new Olds Cutlass Supreme 442 changed everything!


CFlo says: this might be a decent cruiser for someone looking for a “muscle car” on a budget. Take a test drive, what’s the worst that could happen? The owner’s phone number is right here. If it is actually a ’76 then there is a chance it has the 455 Rocket V8 engine, a 7.5L behemoth that made all of 190 emissions-era horsepower for a abysmal specific output of only 25.3 hp/liter. In other words if it was scaled down to a size common in 2013 like a 2.0L four cylinder, it would barely be cresting 50hp! 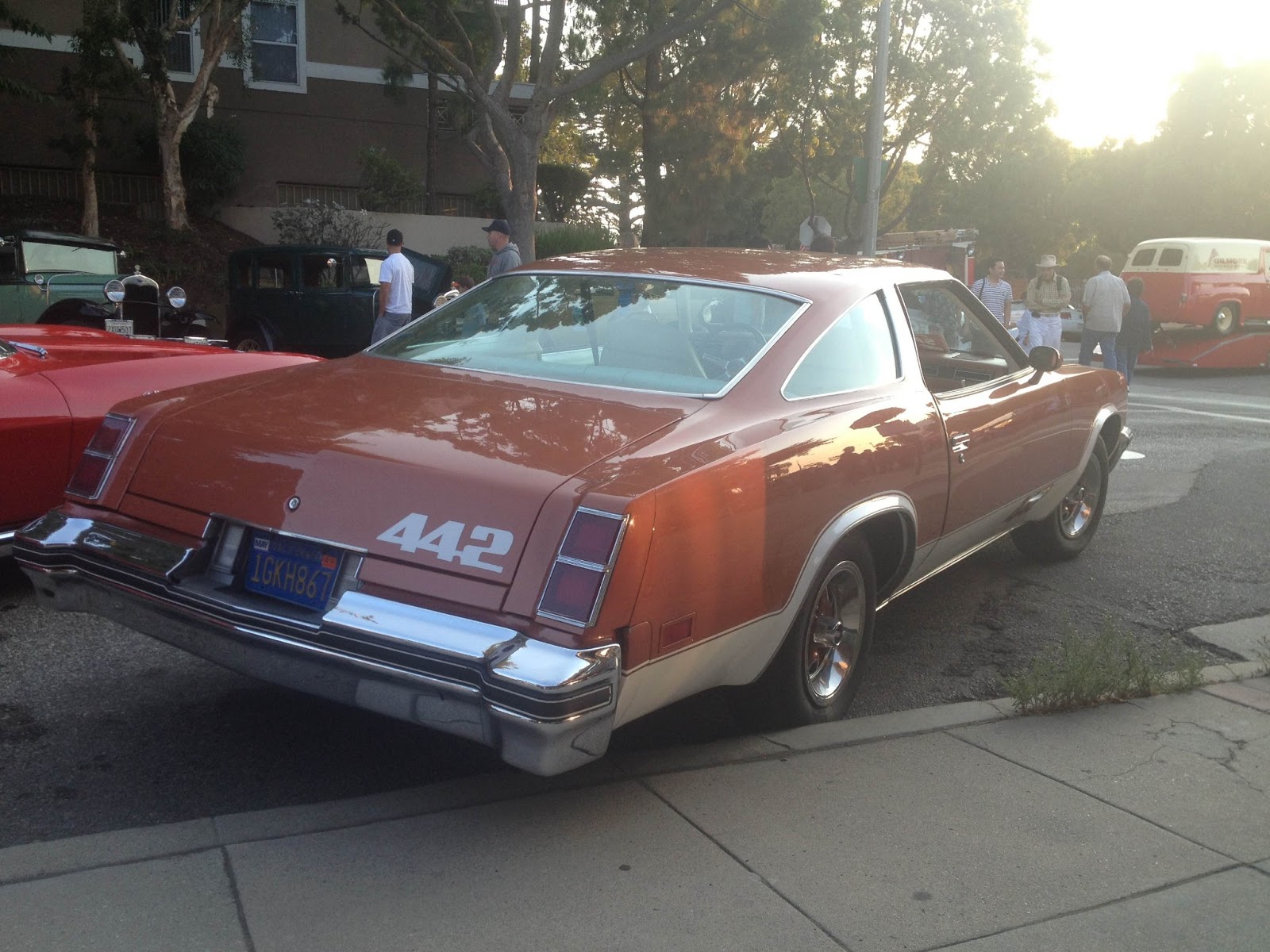 This 442 is a GM “Colonnade” A-body, which is one of the least loved generations of the midsize workhorse platform. The name was meant to link the thin-pillared style with Classical Greece by evoking a series of architectural columns. To me the rakish greenhouse looks like it was plucked off of a close relative to the 2nd generation F-body (Camaro/Firechicken) and grafted to the lower 2/3 of a barge. The lines and proportions of the car’s upper half are woefully mismatched to its lower. 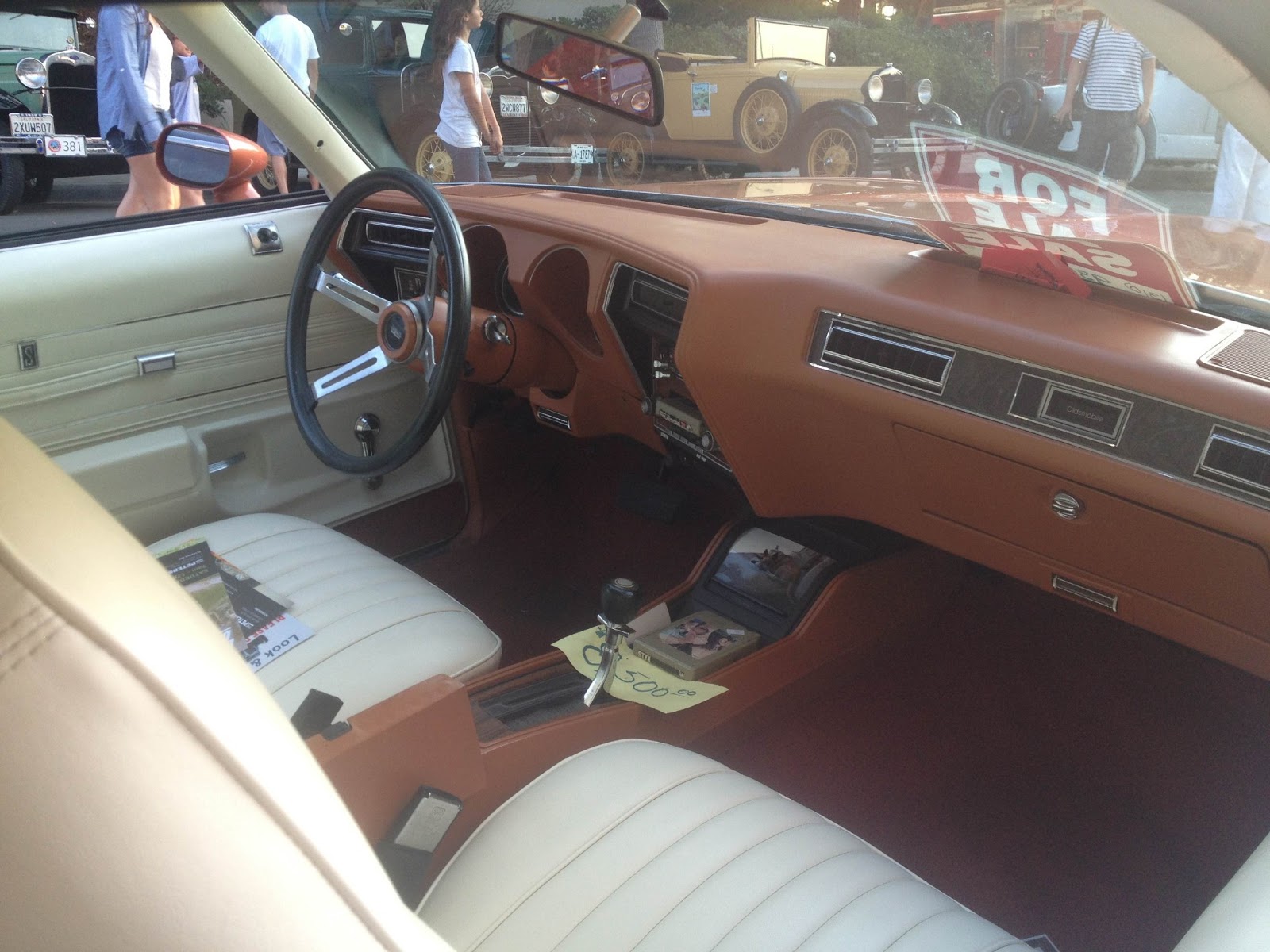 Regardless, this 442 is equipped with an 8-track player (and STYX tape!), incredibly ’70s earthy orange dash, console and carpet, and “Moroceen” white vinyl on the bucket seats and door cards. It all looks brand new so this is a bit of a time capsule; I cannot imagine someone going to the effort of restoring one to #2 condition.

It might be best to just conclude with a link to the ’77 Olds ad that Murilee posted on Jalopnik:

Kill any Malaise “muscle” on the road? Email us here: tips@dailyturismo.com