The REO Motor Car Company was an auto manufacturer started by Ransom E. Olds – previously of Oldsmobile fame.  REO (alternatively Reo) was pronounced as a single word – “Reeeeooh”, unlike the rockband from many years later who took the name REO, pronounced as each letter independently.  The band picked the name REO Speedwagon from one of REO’s early pickup truck designs, but today’s feature is a sedan.  Find this 1928 Reo Wolverine Sedan with Chevy V8 for $10,000, located in Goffstown, NH via craigslist.  Tip from calzonegolem on kinja. 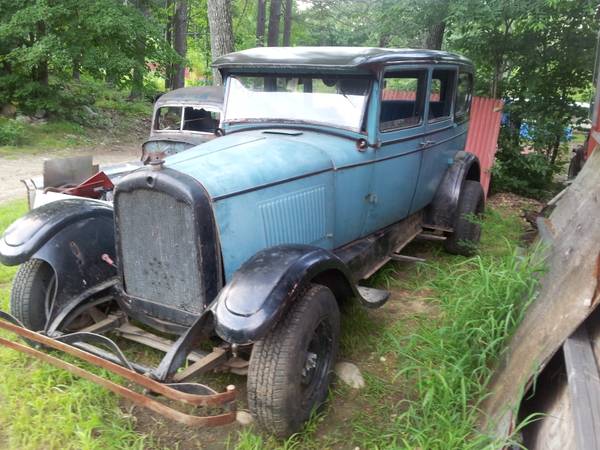 On paper, the idea of a 1928 sedan powered by a later small block check, but NOT rat-rodded-to-death is indeed appealing…unfortunately these may not be the droids you are looking for.  This Wolverine is missing a few teeth, has no headlights, missing trim, no pictures of the Chevy V8 and Turbo-Hydramatic transmission, et cetera.  A 1928 Reo isn’t a particularly collectible car, yet the seller is asking top dollar for what could be a big pile of parts.  The seller states that it has the ultimate grapes of wrath period correct option — “juice brakes” which deliver a quart of freshly squeezed orange, apple or pineapple juice to the driver’s cup holder after each 50-0 mph stop.  Delicious and automatically bled when you use blood oranges. 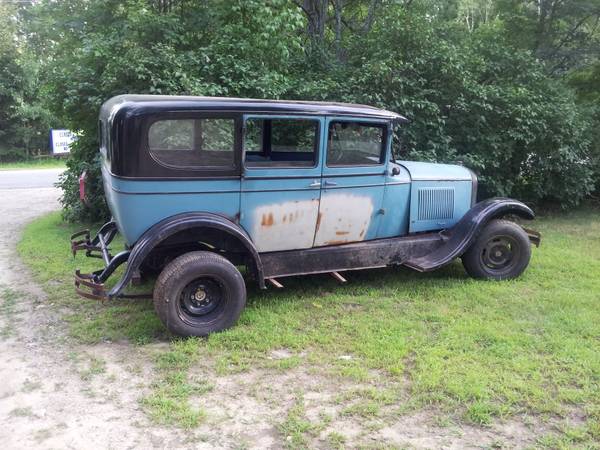 Interesting, horrible, catastrophic, naked, FCC violations, no matter how you cut it, this thing is the automotive equivalent of naked Miley Cyrus on a wrecking ball, but at least the frame isn’t twerked.  See a pre-war project? email us here: tips@dailyturismo.com