The $95,000 Volvo 960 V8 owned by Paul Newman might give you the impression that celebrity owned cars are out of reach for the average Joe, but really you should just lower your sights on a slightly less famous actor…maybe someone from the B-List.  Find this 1968 Ford Thunderbird owned by DeForest Kelley (aka Bones from the original Star Trek series) for sale in San Jose, CA for $12,000 via craigslist.  Tip from Kaibeezy. 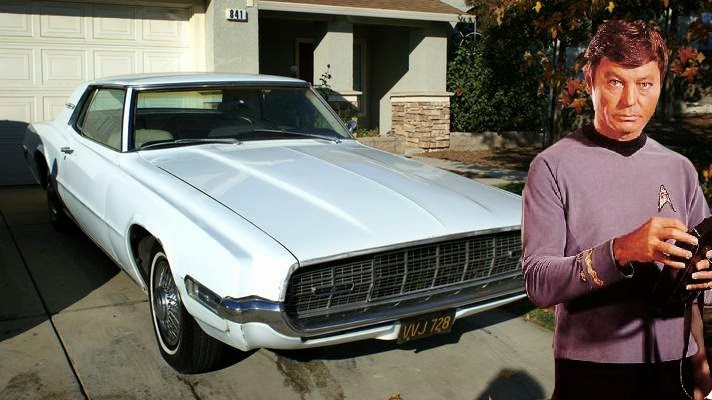 DeForest Kelley played a number of villain roles in western films before being discovered by Gene Roddenbery and used a few pre-Trek pilots before he was cast as one of the main characters in the original Star Trek TV series (1966-1969).   Allegedly, he was first offered the role of Spock but declined and later was cast as Dr Leonard “Bones” McCoy. The ad isn’t 100% clear, but it seems to indicate that Dr McCoy purchased this Thunderbird new during the filming of the Star Trek TV series…but given the seller can’t figure out how to spell the celebrity owner’s first or last name…well… 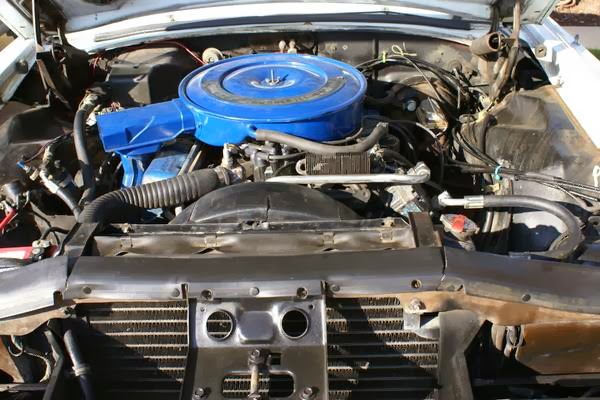 The warp drive on this hulking Constitution class vessel is Ford’s 429 cubic inch Thunderjet, which should be good for 360 horsepower and 480 ft-lbs of torque.  The Thunderbird weighed about 4600 lbs, so getting to warp 9 will take some time. 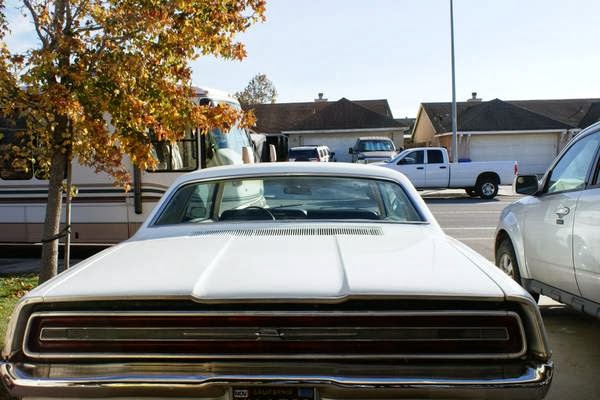 See an ad for a celebrity owned car with pictures that are more improperly framed/cropped/taken.  tips@dailyturismo.com