From Oct. 24, 2013: The Volvo Amazon (called the 120 series outside of Sweden) was the more practical, more upright but still sexy older sibling of the P1800 sporty car, to which it donated its engine, transmission, and suspension options. Today the values of the 1800 series coupes and 1800ES shooting brakes have started to tick up, leaving the Amazon behind slightly. But now we’re starting to see some action on the nicely preserved examples of the pre-brick Volvo sedans & wagons, for good reason – they are solidly built, fun to drive, look great and should live forever. I can’t remember seeing an Amazon as nice as the one below for sale recently, so it should be worth a closer look. Find this 1966 Volvo 122S / Amazon 2-door in Portland, Oregon bidding on ebay near $8,000 with no reserve. (Auction ended with winning bid of, gasp, $36,100…but the buyer backed out)

Update, Oct. 30, 2013: The winning ebay bidder of the Ama-thon frenzy apparently backed out of the deal, and the seller has relisted this sweet little 2-door. Here’s to hoping that prices stay a bit more realistic this time! Find the new auction here on ebay, ending on Nov. 4th. (Auction ended with winning bid of $18,100..still a lot of money for an Amazon). 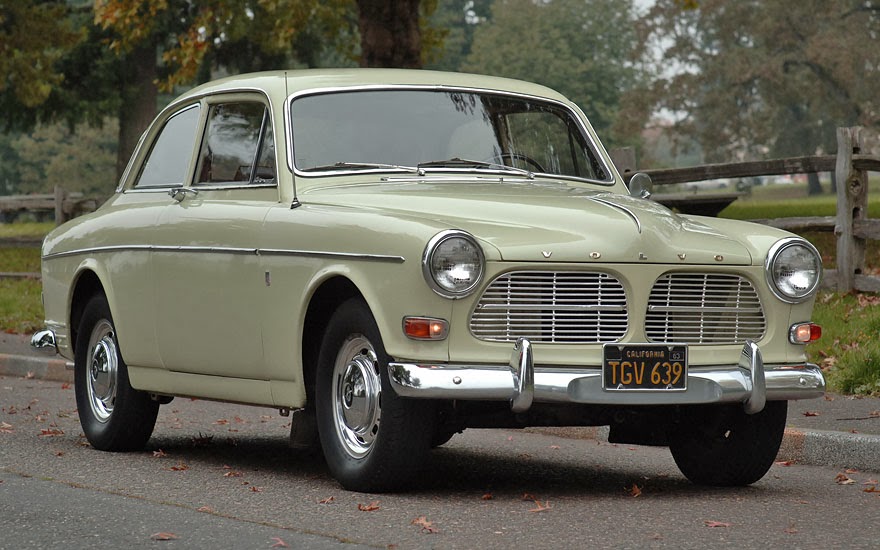 The Amazon was named after the South American female warrior tribe, and the shape penned by designer Jan Wilsgaard is definitely more feminine and curvy than the masculine boxes that came after. Light Green (Volvo code 91) paint is an uncommon and interesting period correct pastel color that was apparently only offered for a few years, so it makes this car stand out among the crowd of more somber hued siblings. Apparently this car has had one respray which should be fine providing it was done well, and lessens the pressure should it see any minor damage…at least it’s not perfect, original paint that you just screwed up. The seller states that this car has been cared for its whole life and has zero rust – a bold claim for an older Volvo and one that we’d want to verify, but the pictures certainly back that up. 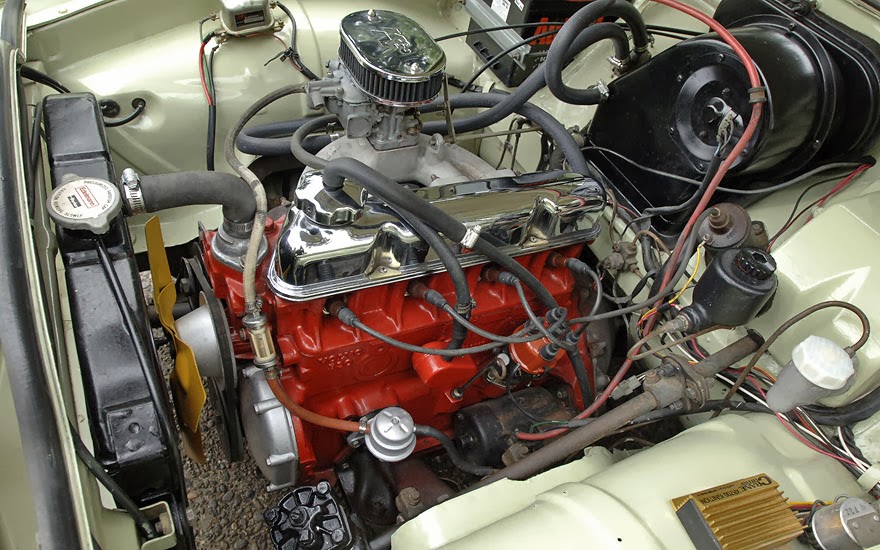 This 122S is powered by Volvo’s B20 2.0 liter pushrod inline 4-cylinder, an extremely hearty yet smooth little mill that represents the best of old-school cast iron engineering. Being a ’66 model year this particular car would have had a B18 (1.8 liter) from the factory, so somewhere along the line this one was upgraded with a ’69 or later engine. That’s fine for a Daily Turismo vehicle…you’re not going to lose any “originality points” on the open road and probably not in any local casual car shows either. I would get rid of the Weber carb conversion however; they seem to create more problems than they are worth on these engines. A twin SU setup or conversion to later D-Jet fuel injection should be pretty easy for the shadetree mechanic. 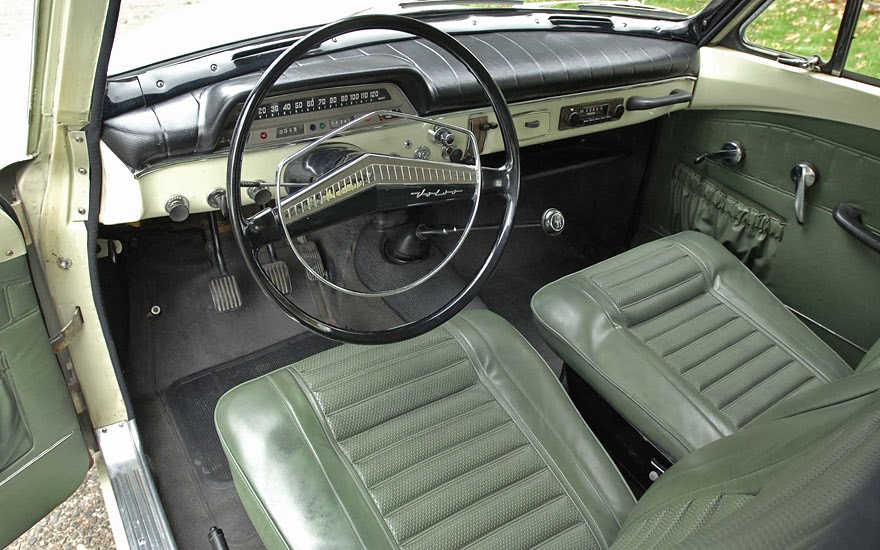 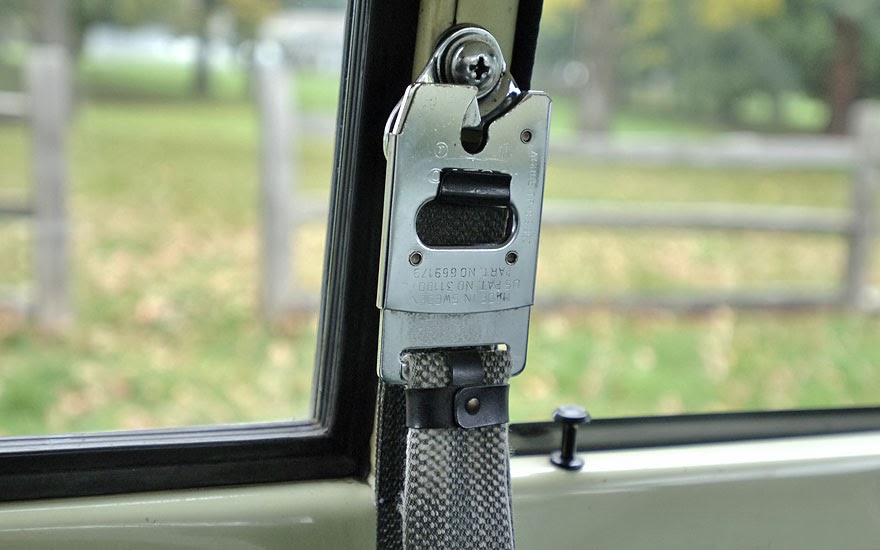 The calabash/pea/mint green vinyl interior compliments the pistachio-green paint well, and looks pretty much perfect in the pictures. Being styled after ’50s American cars inside & out, the giant thin-rimmed steering wheel with chrome horn ring is no suprise, and neither are the flat “bucket” seats that look more like individual benches. Regardless, the interior of this Amazon is a nice place to be and the 4-spd manual plus overdrive trans will make it fun & involving on twistier roads, while getting good fuel economy on the highway. Another fun touch is the “cigar cutter” non-retracting seatbelts common to ’60s Volvos; they look more suited to aircraft than automotive use and were ahead of their time. 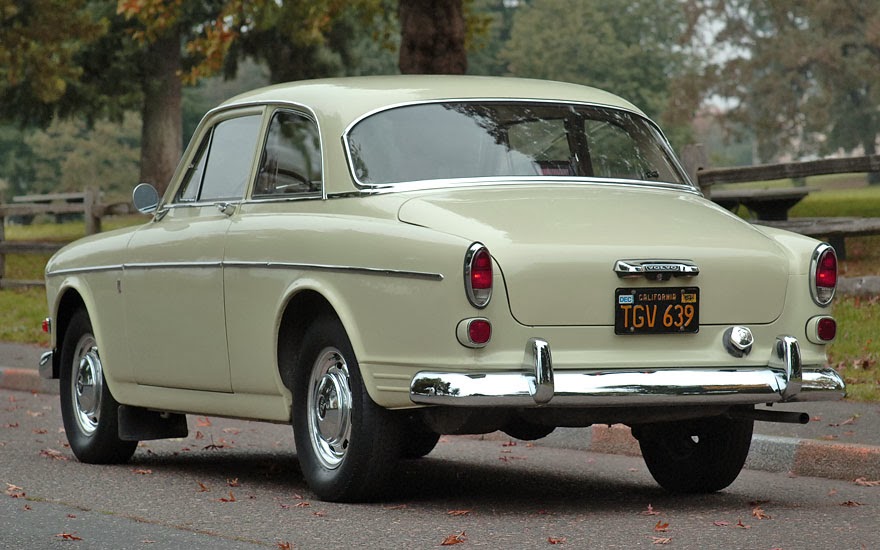 This will be a fun auction to watch; being no reserve, the car will sell to the highest bidder and should set the standard for the top end of the Amazon market. 4-door and wagon versions are still fairly common as well, but we’ll go out on a limb and assume all else being equal, a 2-door will be worth more. This seller is a regular on ebay and takes great photos and writes awesome listings, so regardless it’s a good way to spend a few minutes daydreaming about a sweet vintage find.