Celebrity-owned cars usually command a premium over regular used vehicles driven around by the rest of us plebeians and bourgeoisie scum, even when they aren’t in especially good condition, or aren’t especially rare or otherwise valuable. Whether value is driven up by interesting back stories or hordes of rabid fanatic stalkers who want to sit in the same seat as their favorite star, we aren’t sure. We also are not quite convinced this feature vehicle qualifies as celebrity owned – but it was at least owned by one of the richest people in the world, so that’s something. We’re referring to this wonderfully malaise-y brown and fake wood paneled 1985 AMC Eagle 4×4 Limited station wagon, formerly owned by Phoebe Hearst Cooke, granddaughter of ultra-powerful media magnate William Randolph Hearst. It’s for sale here on ebay in San Luis Obispo, CA for $8990 Buy it Now with bidding near $2,500 at the time of writing. 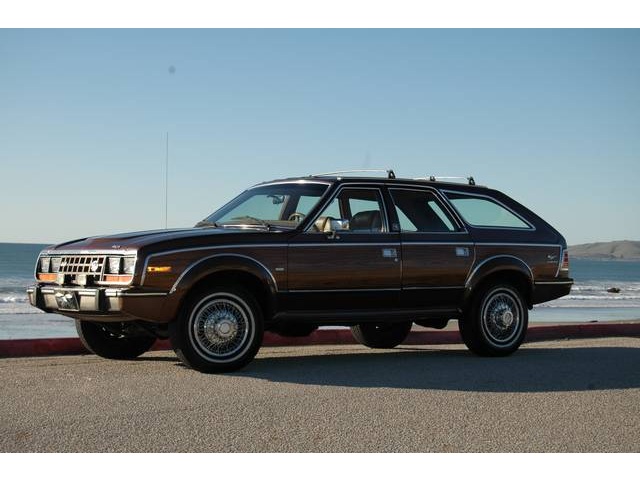 The Eagle was AMC’s late ’70s answer to the OPEC oil embargo and high gas prices that followed; sales of traditional pickup trucks and SUVs were down (as they are currently) but AMC needed a way to pad their bottom line with more sales of profitable 4WD-equipped vehicles. Hence, they took the Concorde (formerly the Hornet, which started production in 1969) and gussied it up with a full-time 4WD system, creating the first true crossover and “sport utility wagon” before Subaru ever fantasized about Paul Hogan. 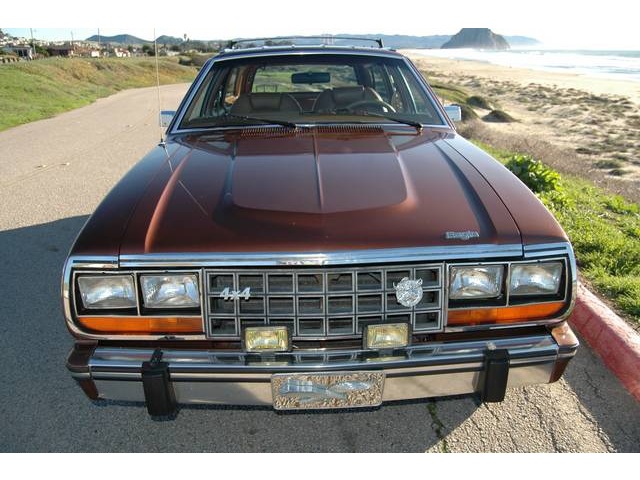 We wondered why a Billionaire heiress CEO would want to be chauffeured around in such a brash suburbanite everyman’s car as a 4×4 AMC, when we read that she was an avid “horse person” and used the family’s enormous ranch extensively. She was also involved in restoration and upkeep of Hearst Castle, the 1919 Mediterranean-style hilltop mansion complex commissioned by her grandfather and given to the state of California by the family in 1957. 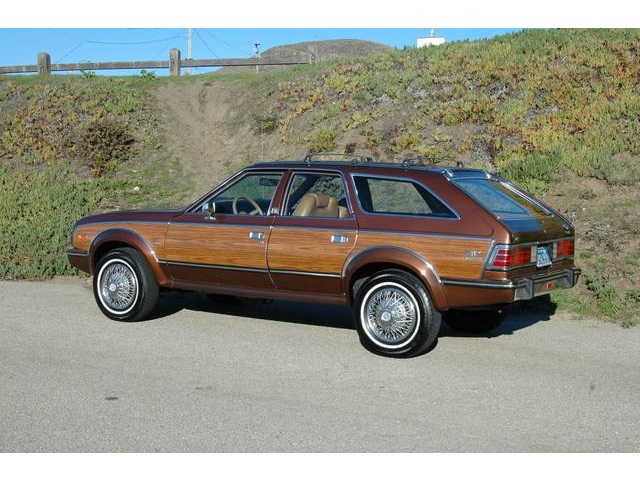 We can only imagine that this immaculate brown-on-brown-on-brown wagon trundled happily up and down the hill at San Simeon from the Casa Grande down to the private airport on occasion, with the elderly Mrs. Cooke (nee Hearst) enjoying the views from the back seat while her driver selected 2WD or 4WD depending on terrain and conditions. By 1985, AMC had replaced the former full-time NPG119 viscous transfer case with a more conventional selectable unit, similar to a Jeep or truck transfer case but without low-range (only needed for serious crawling and rock crushing duties). The original viscous drive was based on the Ferguson Formula system originally used in the Jensen FF and a fitted to several ’65 Mustangs as test vehicles before that. We’re sure this Eagle has only seen light offroad duty in its lifetime, if any, judging by the condition. 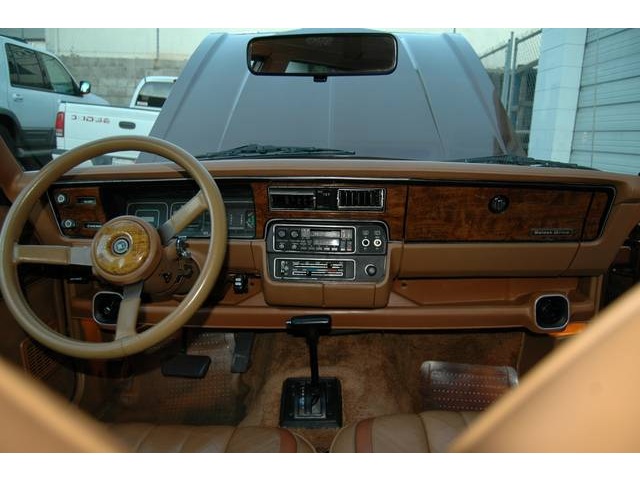 The interior of this wagon doesn’t disappoint fans of the 1980s with its genuine fake burl walnut paneled angular dash, plush pile carpeting and overstuffed sofa seats. The car is powered by the venerable AMC inline 6, in 258 (4.2L) carbureted trim on this ’85. This engine lived on and evolved for many years after AMC and the Eagle died, powering the Chrysler-built Jeep Cherokee and TJ Wrangler as the 4.0 until 2006. 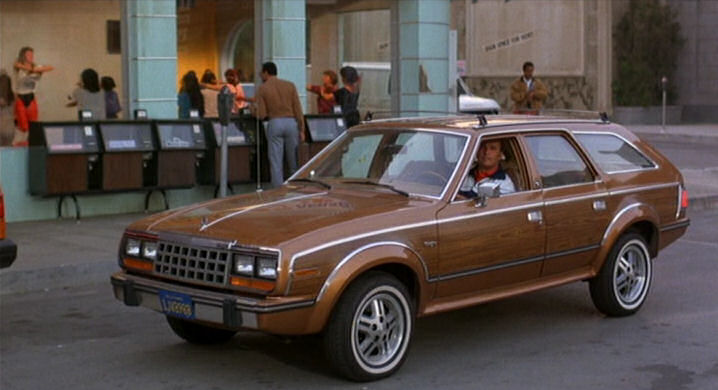 Fans of the ’80s will also appreciate the fact that the AMC Eagle had a brief but memorable cameo in 1985’s Back to the Future, as Marty McFly’s girlfriend Jennifer’s dad’s ride (seen above, as dad sternly honks for Jen to finish making out with Marty in public and get in the damn car already).

We think $8k or less is a fair price to pay for a billionaire-owned, Hearst Castle connected Malaise-tastic fake woodie 4×4 orphan wagon from the ’80s. Don’t you?

Find a better Eagle – woodie, bald, or whatever? Tell us about it: tips@dailyturismo.com