By Hunsbloger —  As the market keeps looking for the affordable classics, we’ve paid a lot of attention at cars like the Corvair and just about any longroof. Classic prices have been up since the recovery from the 2008 recession, and even in the past few months cars like this 1957 Oldsmobile Super 88 Fiesta Wagon have been catching that wave of appreciation. Currently offered by a self-declared motivated seller for $9500 or best offer, in Thousand Oaks, CA. 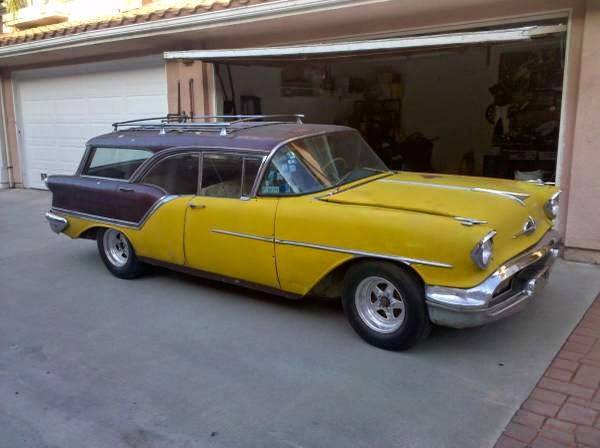 While the seller is quick to add a picture of a car a buddy of mine
spotted at a car show a couple of years ago (image below), its kind of like handing
you a piece of marble and a chisel and asking you to recreate the Pieta.
After all, Michelangelo did it, how tough or time consuming could it
be?! It should be equipped with an Olds 371 V8, but its very unlikely
that it has the highly desirable J2 (3x2bbl),or the seller would have
noted it. Even so, it should still have left the factory with more than
275 HP. 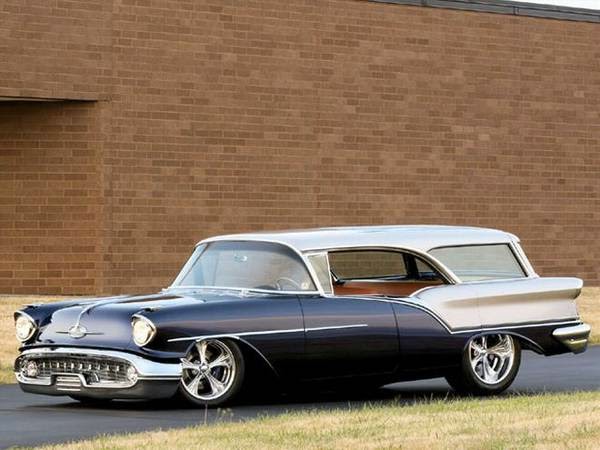 We would normally include pictures of the interior and engine
compartment, but the seller hasn’t offered any. Instead, there are more
links to what can/could be. He does imply that while its been a part
of the family since 1957, he’ll take the best offer! He also indicates
that grandpa drove this down to Guatemala, which means that he might
have taken his best offer too! The (brush applied?) paint scheme
suggests that grandpa might have been making his living as a taxi driver
until sometime before the grandson brought the car back to the states
about 10 years ago. 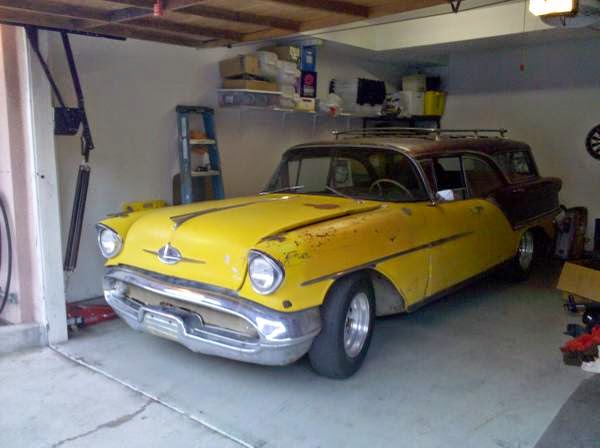 Just as Buick offered their upscale Caballero wagon,
Oldsmobile also offered a Fiesta wagon which was replete with all sorts
of extra trims and embellishments.

However, just
looking at the exterior stainless and other trim pieces, this one does
not seem to be of the same trim level. Notice the chrome between the
front and rear doors and the trim panel on the lower tailgate section.
The exhaust on the Fiesta’s also exited through a 4 port grill on each
end of the rear bumper. While the bumper on this car is nearly rotted
out in that location, it doesn’t appear to have been manufactured that
way. 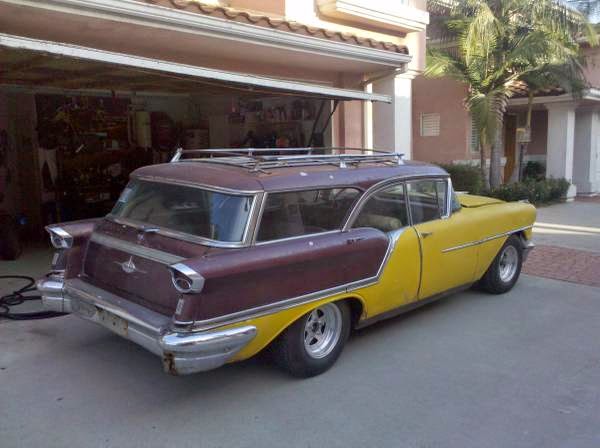 Properly restored, anything domestic from ’57 is selling very well at the big name auctions.
They’re also serving as a great tableau and alternative for the guy
who has to schlep the family with him to get any car show time! The
rusty hulks of Buick Caballeros are bringing silly money these days. 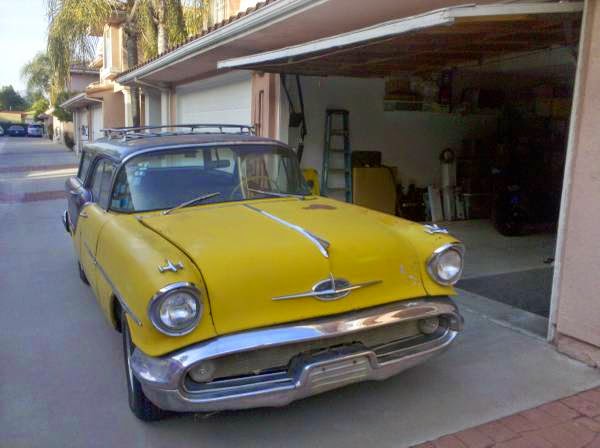 Perhaps one of our readers can positively identify the exact sub-model for us.
If it runs and isn’t a complete rust bucket a low ball offer may just
take this one home. 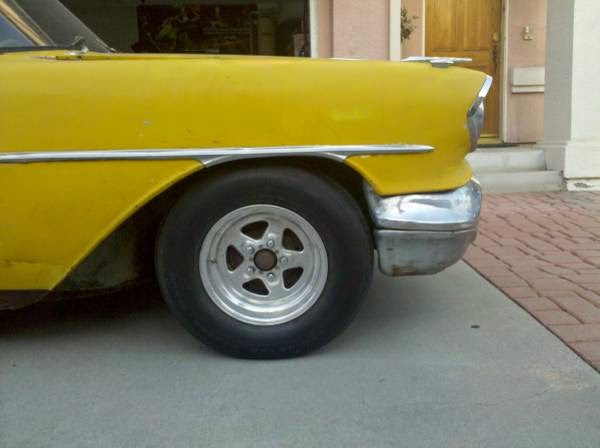