Somewhere over the rainbow a bunch of lunatics took over the product planning at General Motors’ GMC division in 1991.  They crashed an old farm house on top of the finance director and built the wildest pickup ever.  It featured 4 wheel disc brakes, a turbocharged V6 and all-wheel-drive..but the best part is that unlike every pickup ever built…it was actually fast.  Find this 1991 GMC Syclone in Denver, CO for the asking price of $13,500 via craigslist.  (Thanks to tip from Paul M.) 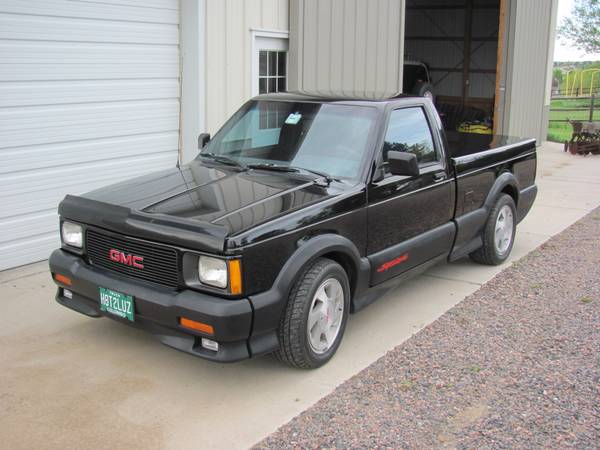 We would have predicted flying monkeys in Detroit before a fast pickup truck in 1991…and it only lasted a year before the crushed finance director’s colleague from the west (the marketing manager) got his green hands on GMC’s reins and ended the production at 2995 Syclones. 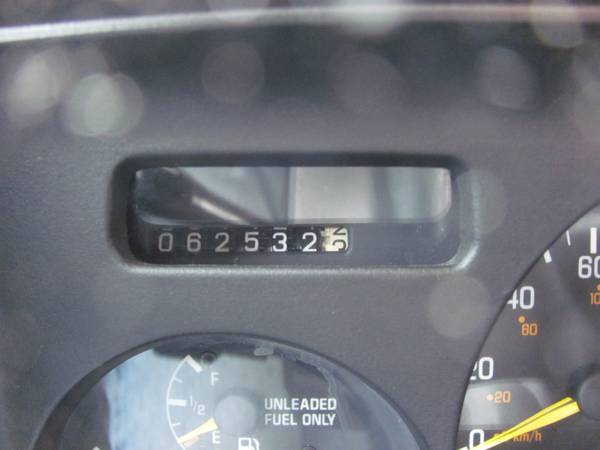 The Syclone was powered by a 4.3 liter LB4 V6 with MHI TD06 turbocharger and a water-to-air intercooler.  The LB4 puts out 280 horsepower and 350 ft-lbs of torque, enough to launch its brainless and heartless chassis from 0-60mph in 5.3 seconds. 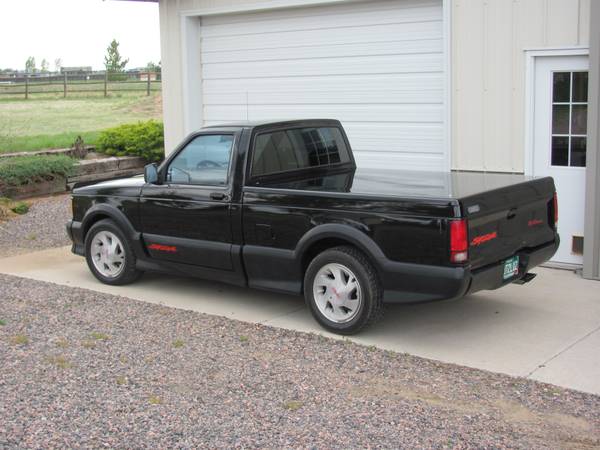 The Syclone was only avaiable in Toto Black and wears its ruby Syclone emblems with pride.  Little remains of the GMC Sonoma upon which it was built, including the practicality.  To give the Syclone its sports car reflexes, the springs had to be shortened into a little Munchkin sized springs reducing the original hauling capacity to a miniscule 500 lbs of yellow bricks.

Car & Driver magazine did a humorous comparison test between the Syclone and a Ferrari 348 – the little black truck positively brutalizing the red machine in the 1/4 mile drag race.  Even readers without a brain could see that one coming.