The Alfa Romeo 164 was the last of the angular styled sedans to come from Alfa Romeo Automobiles S.p.A. before it was acquired by Fiat.  The 164 was the fruit of the Alfa Romeo, Fiat, Lancia and Saab cooperative agreement to develope the Type Four platform, which produced the Lancia Thema, Saab 9000, Fiat Croma and Alfa Romeo 164.  Find this 1991 Alfa Romeo 164 QV offered for $8,800 in Torrance, CA via craigslist.  Tip from Rod S. 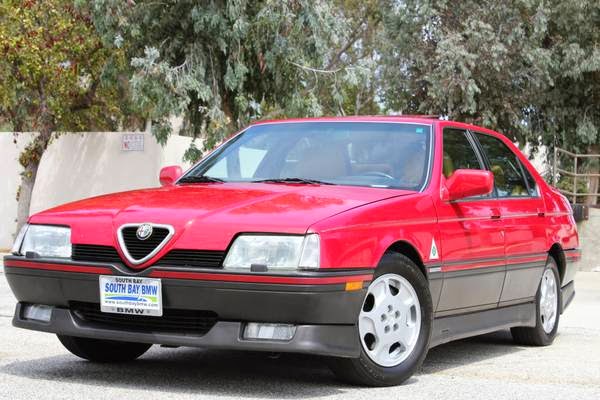 The Alfa Romeo 164 was designed by Enrico Fumia (designer of Grifo D’Oro Bertone, Siata Spring, Ferrari F90 & Lancia Ypsilon) when he worked at design house Pininfarina.  The seller includes a lot of information in his advertisement, including this little gem about the 164/168.  The 164 followed Alfa’s normal numbering scheme, except in China where the numbers 164 were associated with the phrase “the more you go, the more you die.”  However, changing the last number to 8, results in 168, which means “the more you go the wealthier you’ll be.” 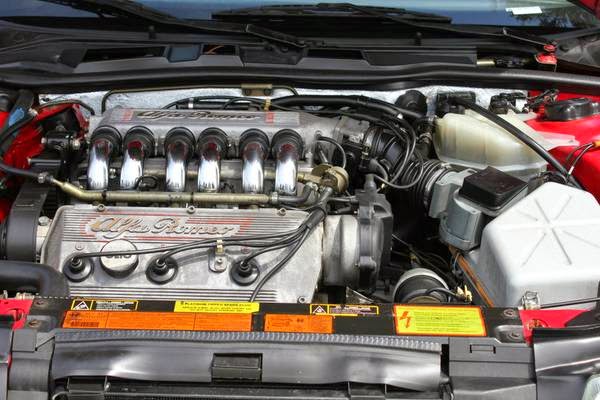 The 164 was the front-drive replacement to the 90 (and earlier Alfetta)
executive sedan and slots nicely above the 75 (known as the Milano in North
America) platform.  The transverse mounted 3.0 liter V6 under the hood is rated at 200 horsepower and
mated to the front wheels via a 5-speed manual gearbox. 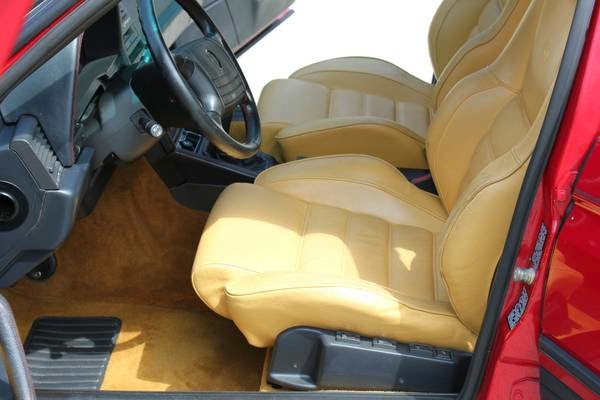 The inside of this 164 features a set of well bolstered tan leather seats (an upgrade available only on the Quadrifoglio Verde model), which are very comfortable for long trips according to owners.  This particular car looks very well cared for on the inside and out. 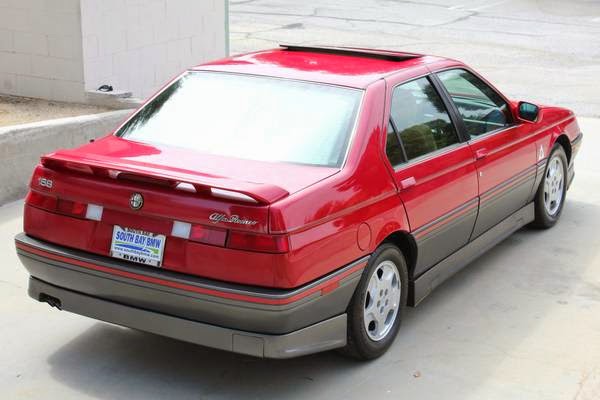