First DT features a stanced W108 Mercedes-Benz and now an E3 Bavaria?  Hold on, before you start soaking the torch tips in kerosene, take a closer look at today’s feature and you may find it to be workable.  Find this 1972 BMW Bavaria E3 for sale in San Luis Obispo, CA for $9,000 via craigslist.  Photos from stanceworks.com 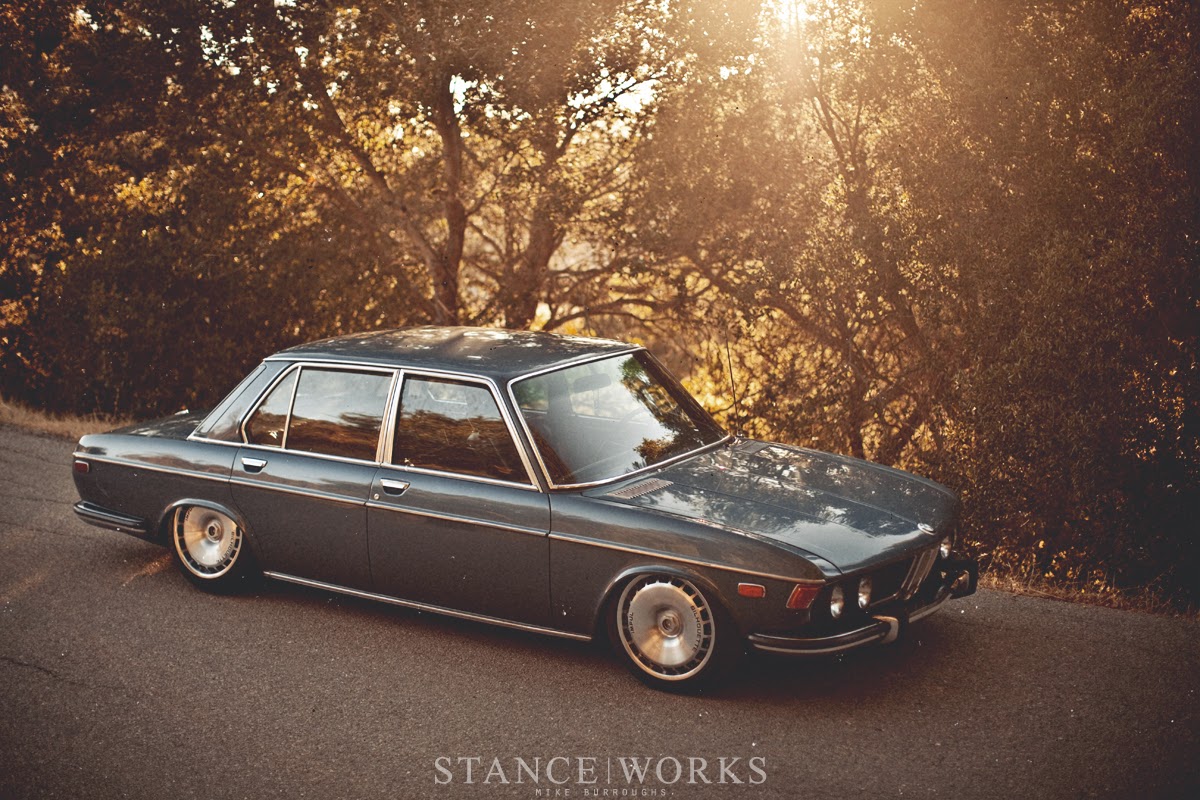 The stance look isn’t for everyone, but folks have been giving the impression that the air-bags in the BMW’s self leveling suspension system have gone flat long before the brims of their hats went flat.  The stock ride height of an E3 is a bit on the high side, probably to satisfy the 95% percentile for comfort, clearance and snow driving; but most enthusiasts prefer a slightly lower and stiffer ride…maybe not this low…but the air bag suspension system gives multiple ride heights at press of a button. The stance/slammed look is a 21st century take on the old low-rider customization scene and is captured with magnificent flair by the artists at Stance|Works.  The Stance|Works (the “pipe” between stance and works is theirs not mine, but it is funny if you read the name StancePipeWorks…haha) photographers are masters of the modern DSLR camera and combine the best aspects of composition, color, light and post processing to add drama to what would otherwise be ordinary. 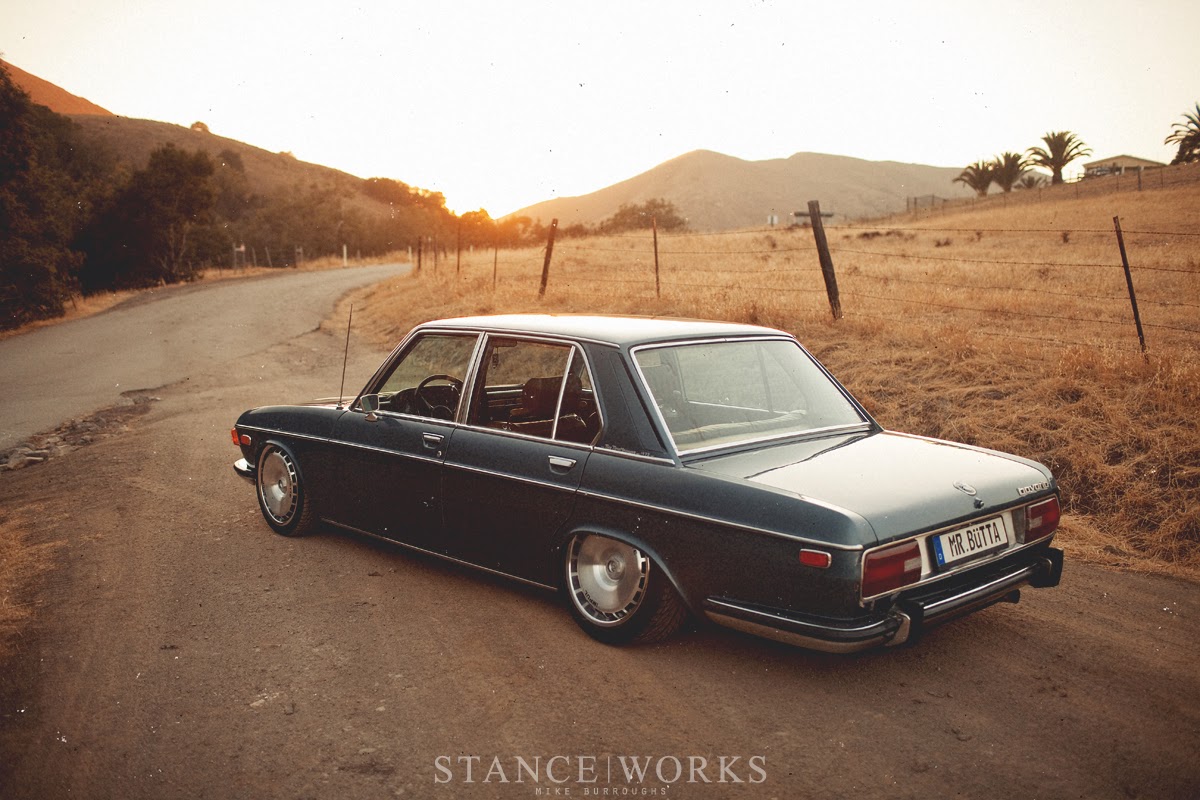 Mr Bütta started life as an ordinary E3 Bavaria with a big 3.0 liter inline-6 up front powering the rear wheels via a 4-speed manual gearbox. Today the state of the engine is not clear and the lack of underhood shots leads us to believe it is mostly stock and probably dirty…which is fine because oily bits don’t need to be pretty unless you are a car show whore. 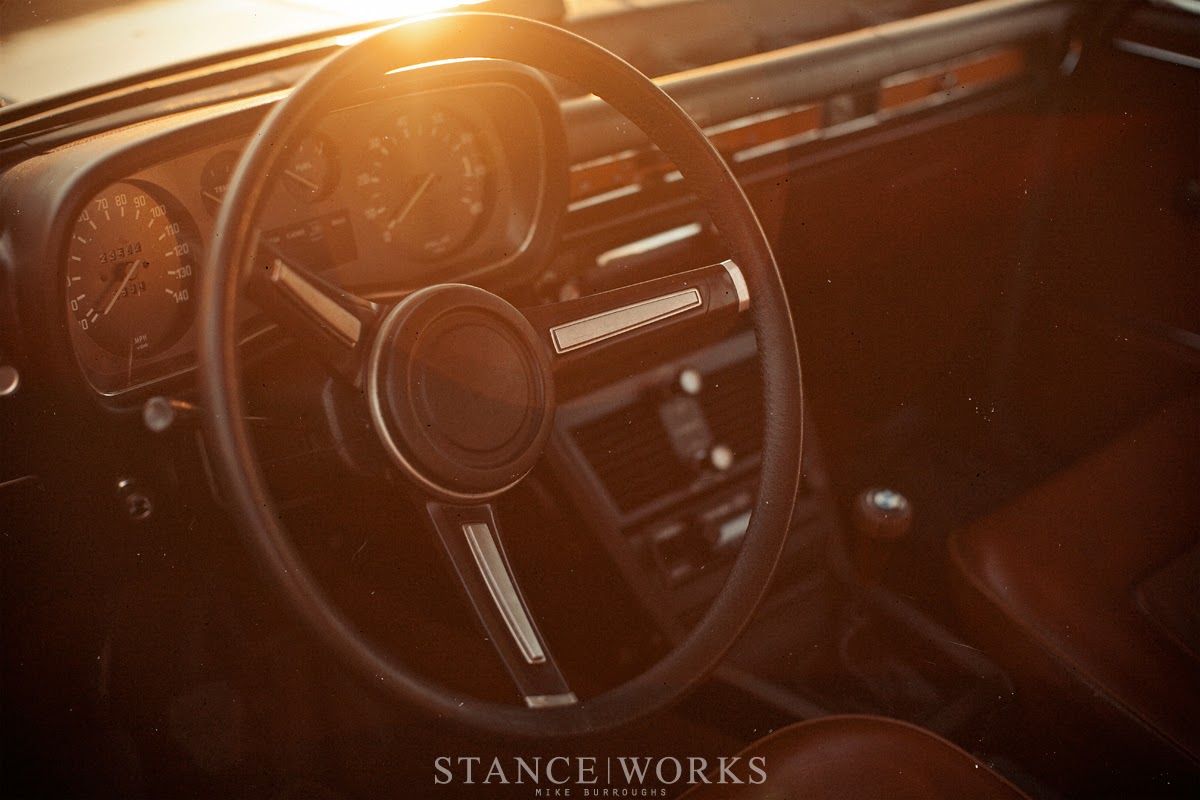 The Stance|Works photo tricks continue to the inside where this car is made to look absolutely gorgeous.  The truth is probably less flattering as this car is described as a driver quality vehicle, but the pictures make it look like something James Bond would enjoy. 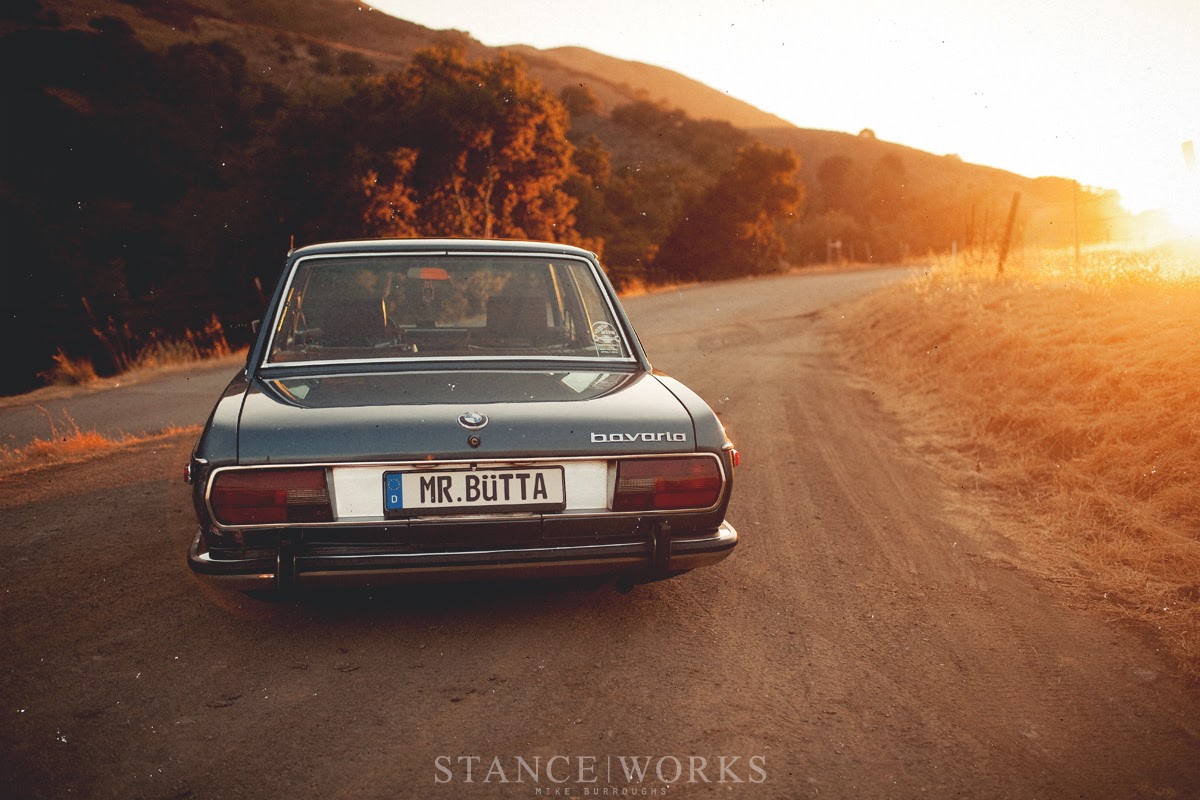 If the stance look is all about fitting the most ridiculous sized wheels with skinny tires and shoving them as close to the underside of the car as possible…then this car is mission accomplished.  But will it appeal to more than a few stancebros? Tell us in the comments.