The Z20 generation Toyota Soarer was an inline-6 powered predecessor to the Lexus SC300/400 but it was not imported to the US. We’ve featured an ’88 Soarer in the past, but it was a fresh off the boat example that needed some executive amnesty before it would be granted permanent residence (it sold for $7,200), but this one is claimed to be 100% legal and not grey market.  Find this 1988 Toyota Soarer JDM import offered for $11,000 in Hutchinson Island, FL via craigslist.  Tip from Mike F. 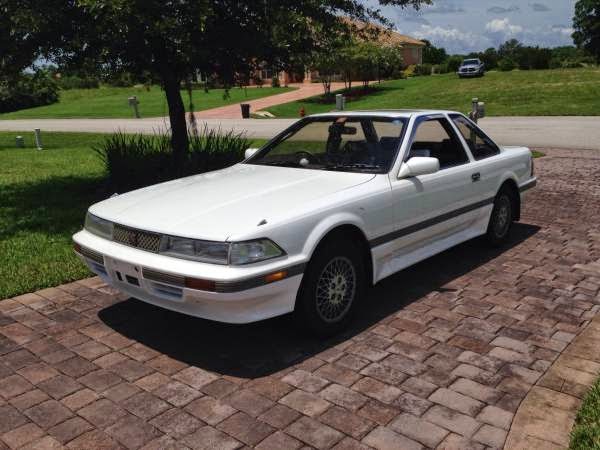 The Soarer looks like just about any 80s Japanese coupes, and could easily be mistaken for something from Mazda or Nissan, but covered in refrigerator white, it really screams excitment Toyota. 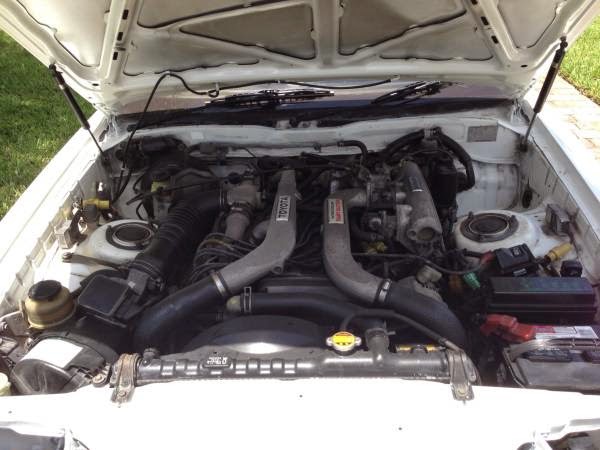 The Soarer was available with several inline-6 powerplants, but this one
is certainly the coolest; it is a 2.0 liter twin-turbo setup good for
211 horsepower and 208 ft-lbs of torque.  It isn’t the most powerful of
Toyota’s engines and had a reputation for spinning crank bearings, but
small displacement and twin turbos makes for a sweet sounding and quick
revving experience. 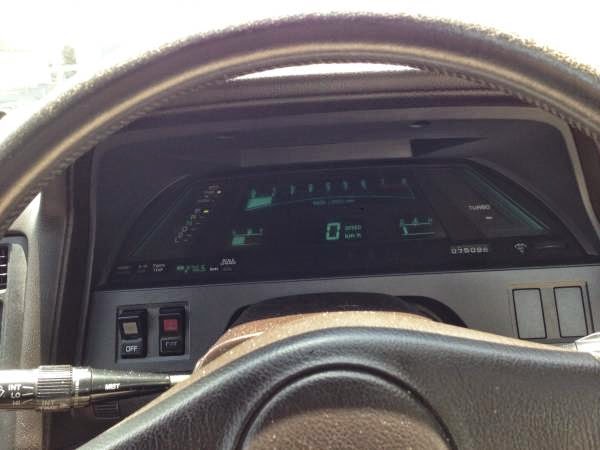 The pictures in this listing are pretty bad, but at least the seller includes one poorly exposed photo of the awesome digital gauge setup in the Soarer.  Who doesn’t love a fully digital gauge from the age of the Atari 7800!?!? 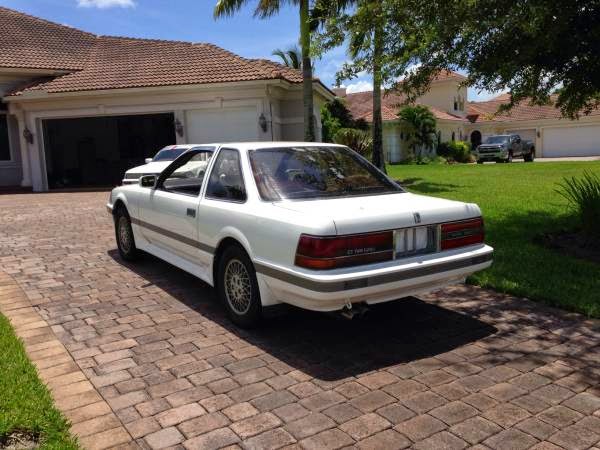