The E30 generation BMW is no stranger to the pages of the Daily Turismo; we’ve even been able to find reasonably priced M3 versions, even as that market soars into hyperspace. The E30s we tend to like are either original/stock/clean/low-miles examples or something with a million horsepower and plasti-dipped wheels.  Today’s example falls into the latter category.  Find this 1986 BMW E30 325es

for sale in Waterbury, CT currently bidding on ebay for $11,000 with a few hours to go (Update 3/3/2014: bidding closed on this item at $11k, but the writeup failed to get published in time due to an editorial slip up…publishing it anyway for an interesting data point on the E30 V8 market). 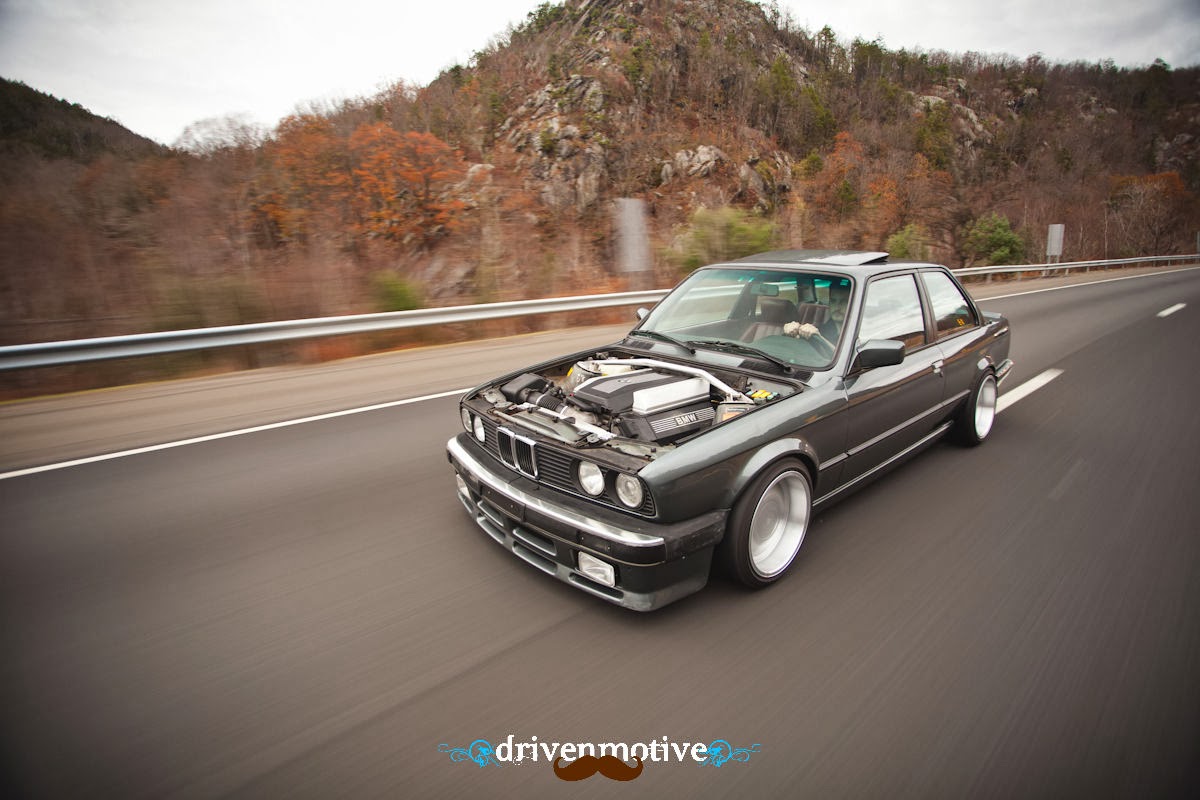 The non-M E30 is a great car by any yardstick, but it simply lacks the forward oomph that many modern drivers expect.  Easy swaps include shoving a higher power inline-6 (often the S50/S52 from the E36 M3) into the front, but V8 swaps go a step farther in power, torque, speed, and insanity.  A V8 swapped E30 driving around without a hood is like one of those dudes who walks around without a shirt in inappropriate places because he has six pack abs.  Dude, you are in the line for communion at church, put your shirt on. 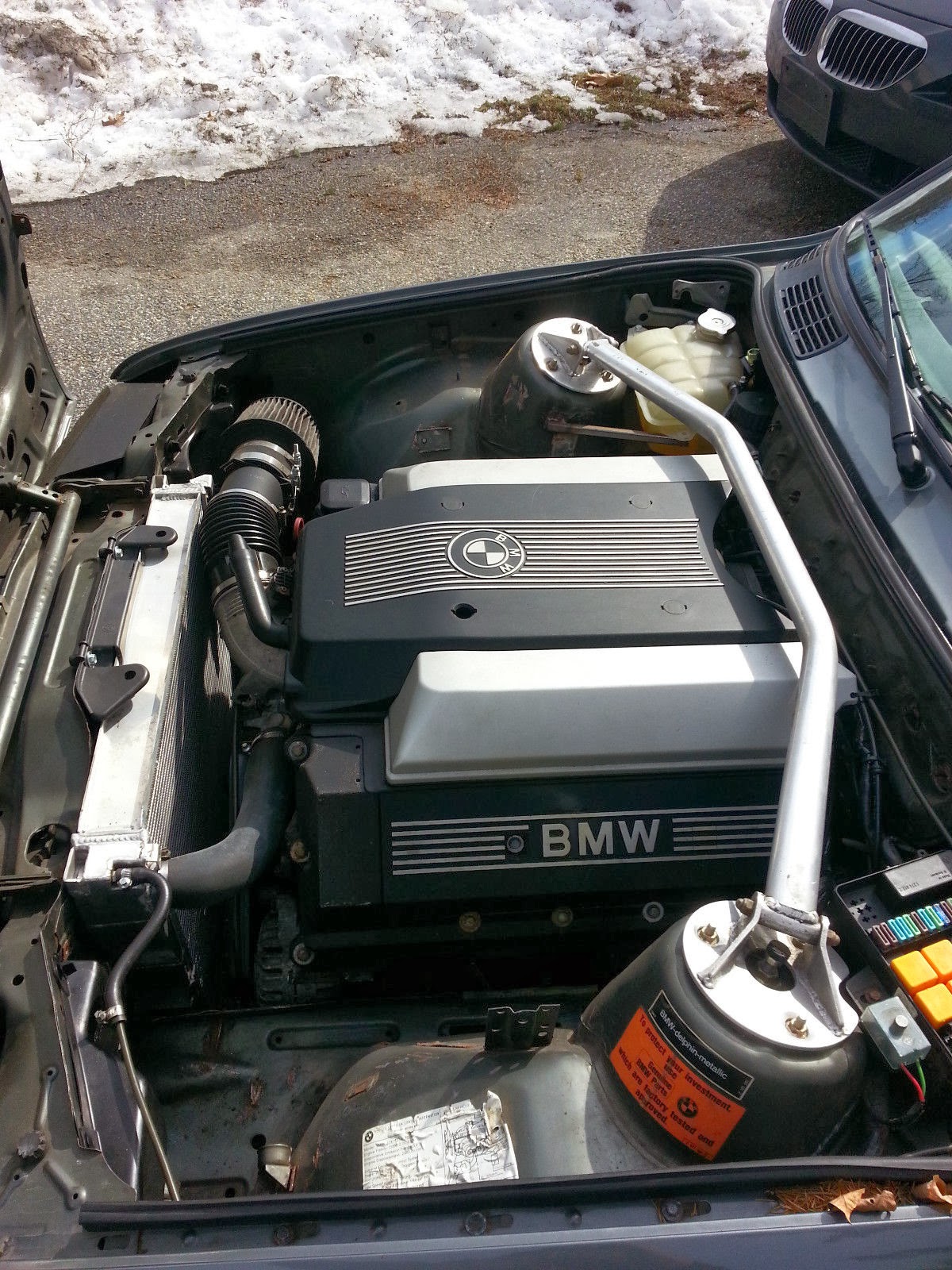 The M60 is a 4.0 liter DOHC all-alloy V8 that puts out 282 horsepower and 295 ft-lbs of torque.  The M60’s biggest Achilles heel is the use of Nikasil cylinder liners that have an adverse reaction to places with high levels of sulfur in the fuel such as the USA.  Later iterations used Alusil that was less reactive to the sulfur; most engines that are still on the road today have either been rebuilt or developed some kind of immunity to the damage. 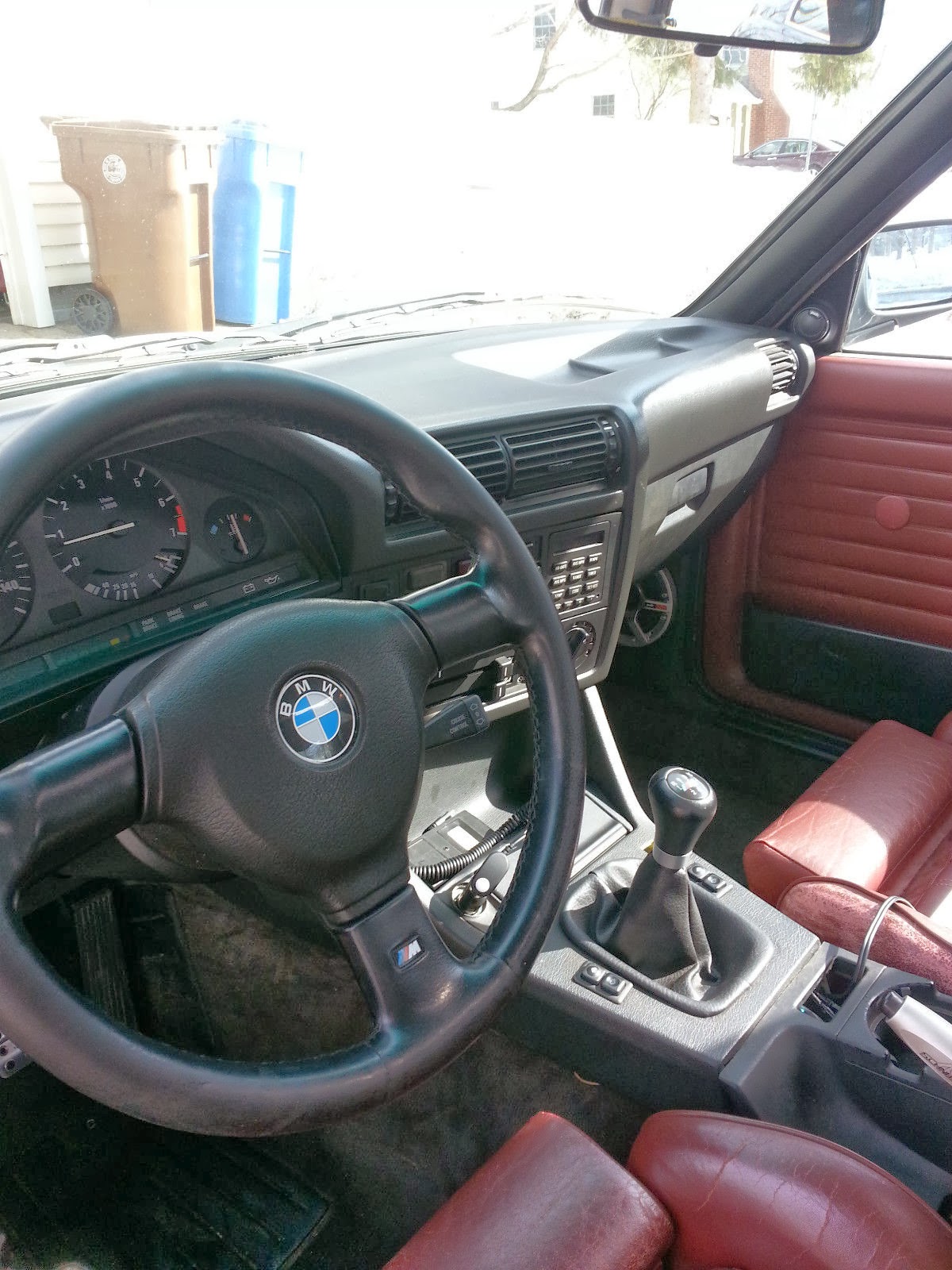 A quick peek inside this one reveals the use of a 5-speed manual gearbox from a BMW E34 5-series.  Functionally you won’t miss the additional gear in the 6-speed unless you spend a lot of time at the Bonneville Salt flats, but the 6-speed gearbox is rumored to be more durable, while the 5-speed is lighter and cheaper. 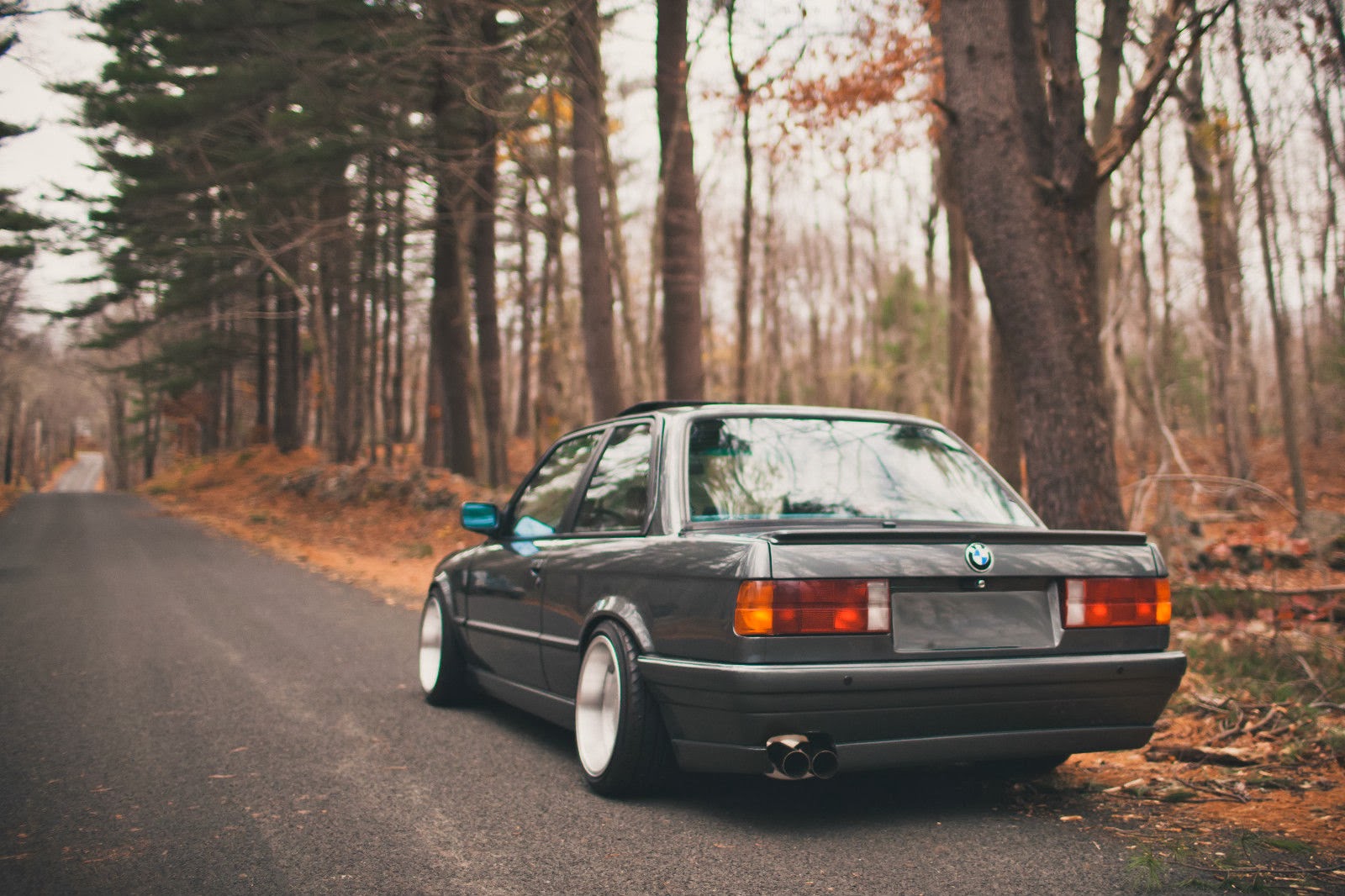 See an E30 V8 that isn’t stanced?  send us a tip! tips@dailyturismo.com