Steve Saleen was a former racing driver who started his
own aftermarket tuning company in Southern California in 1983.  Saleen Performance rapidly
became a small automotive OEM (similar to Shelby Automotive) and as such released cars that while based
on (and using parts from) Ford’s Mustang; they were technically according to the Dept of Transportation, a Saleen.  The company’s future has
been in question recently as Steve left in 2009 and various questionable
MBA run entities have owned it, sold it, and gone bankrupt, but recent twitter activity indicates that Steve may have rejoined the company.  Find this 1988 Saleen Ford Ranger

for sale in  Arvada, CO currently bidding for $8,600 reserve-not-met with a few hours to go. 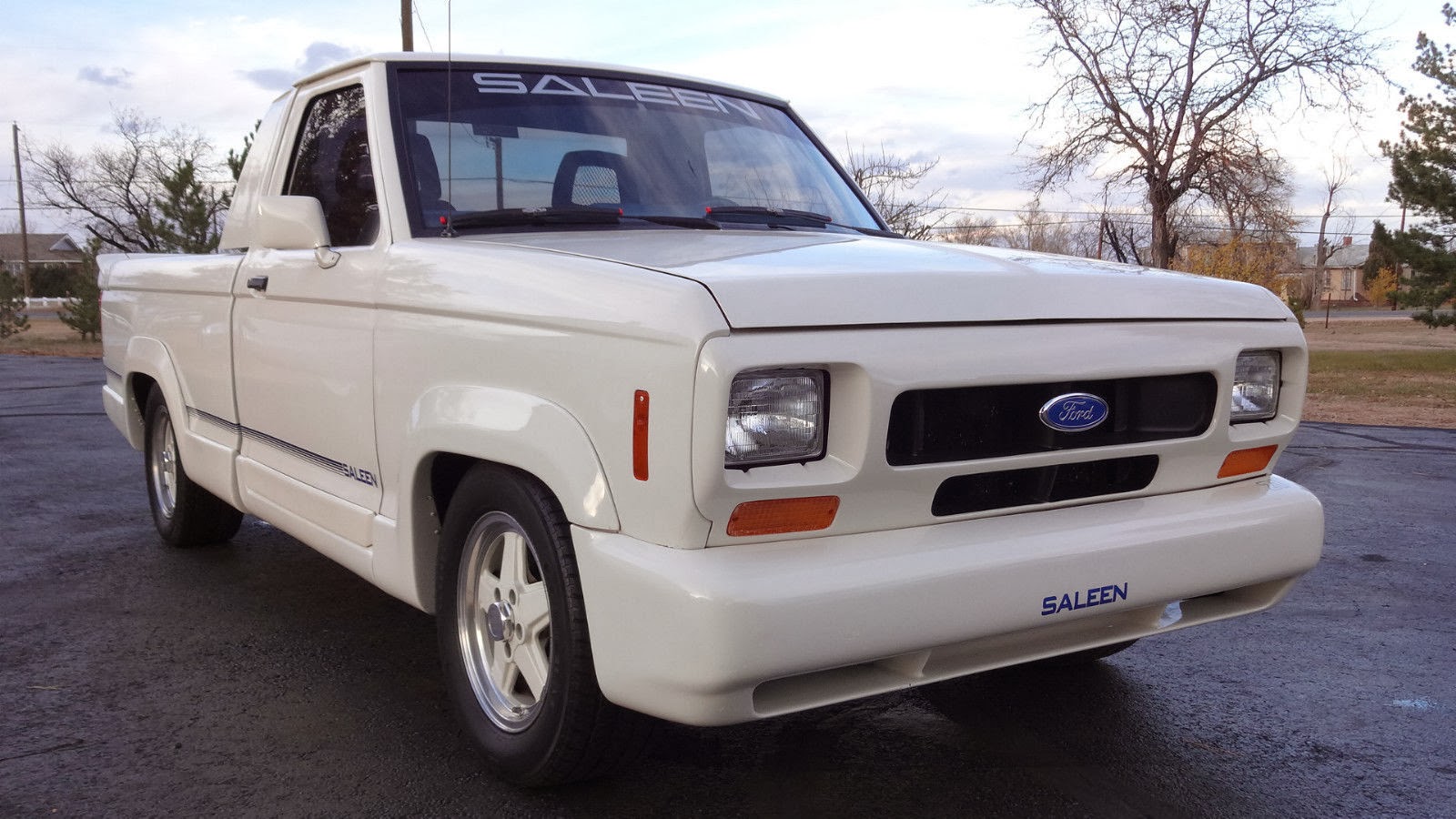 According to internet sources Saleen built 27 of the custom bodied long-bed Rangers in 1988 as a way to dip his feet into the truck market.  Unfortunately the Saleen Ranger only added cosmetic touches to the Ranger and did little to help performance for what was essentially an economy-work truck. 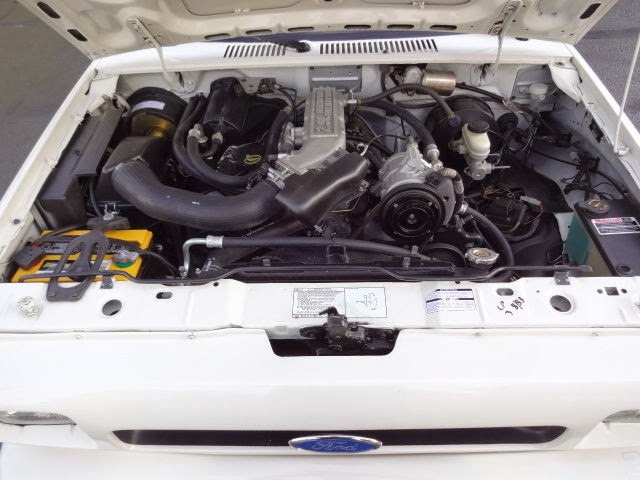 The 2.9 liter  Cologne V6 was good for 140 horsepower, the same specs as any Ranger from the Ford factory. All Saleens were delivered with 5-speed gearbox and this one is no exception. 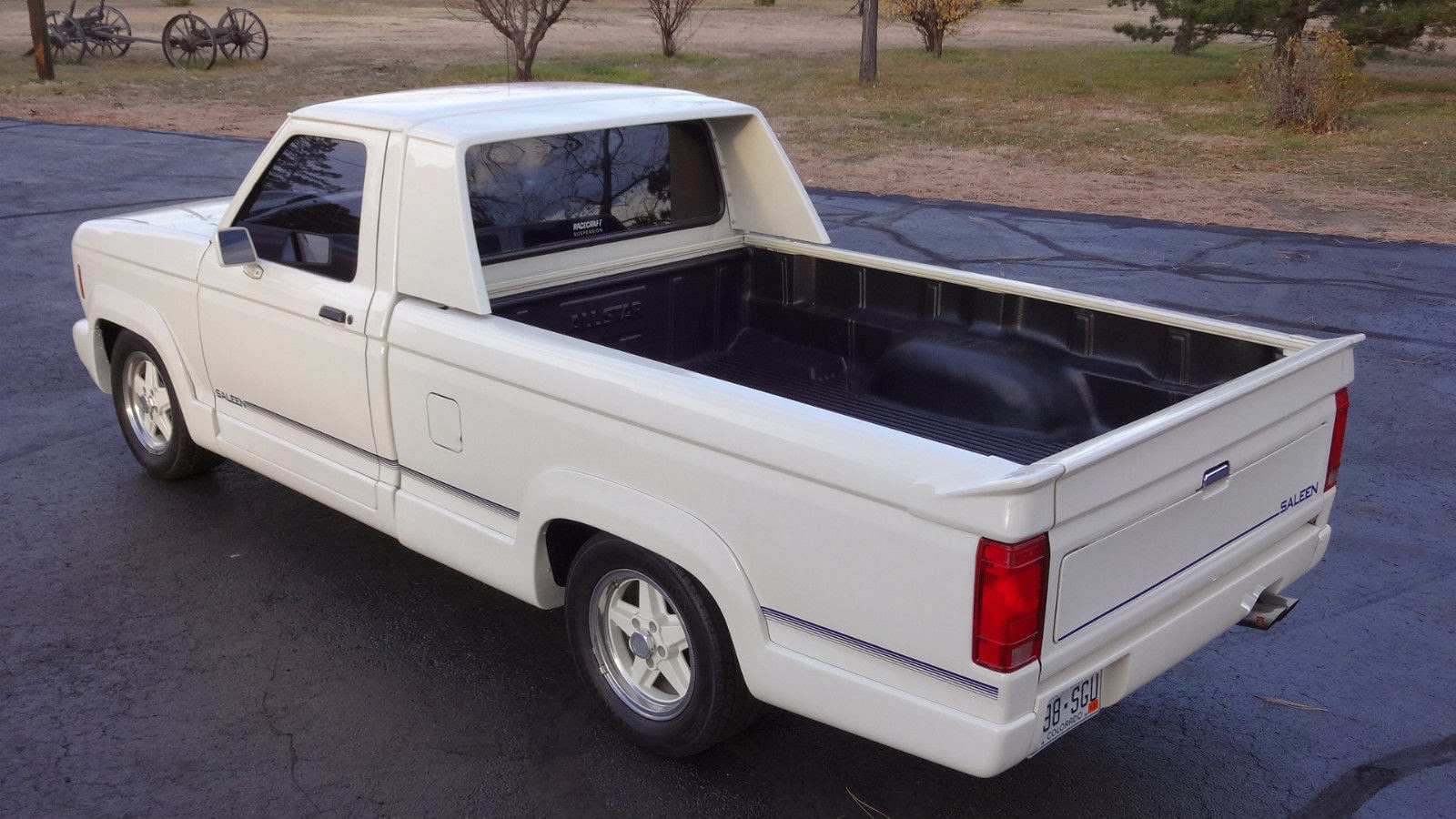 Seen on opposite lock via arch-duke-maxyenko.