The 1st generation Toyota Century first appeared in 1967 as the successor to the Crown Eight, a big JDM style sedan seeped in Yakuza style.  The fender mounted side view mirrors never made it to the shores of the USA, but you can find them outside Japan in English speaking places from time to time.  Find this 1988 Toyota Century VG40 offered for $9500 AUD ($8913 USD at time of printing) in Alexandria, NSW Australia via tradeuniquecars.com.au 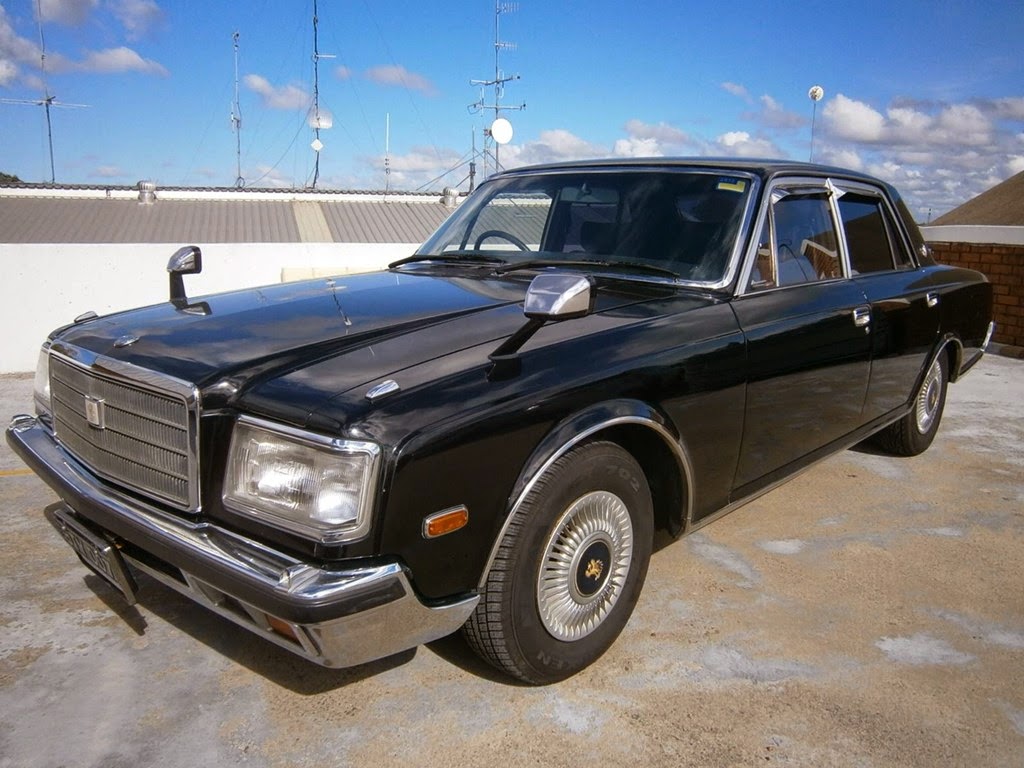 The Century lasted mostly unchanged for a remarkable 30 year long lifespan (1967-1997) akin to other immortals like the original Daimler DS420, B-52 Stratofortress or Joan Rivers’ face.  The bumpers, headlights and other small items evolved as regulations changed, but changes to the front mounted V8 and rear-drive platform were evolutionary at best. 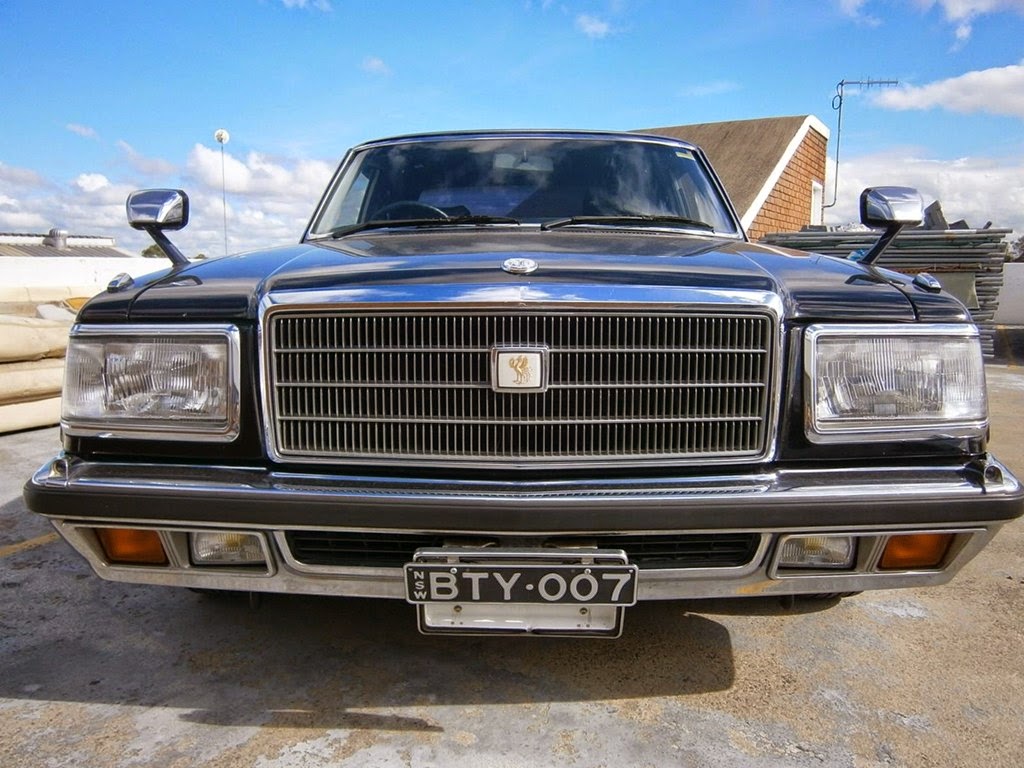 Powering the Century is Toyota’s 5V-EU V8 engine, a 4.0 liter hemispherical combustion chambered all-alloy design that puts out 162 horsepower and 213 ft-lbs of torque.  Mated to 4-speed automatic transmission won’t make the Century a track demon, but it will shuttle you around like a diplomat. 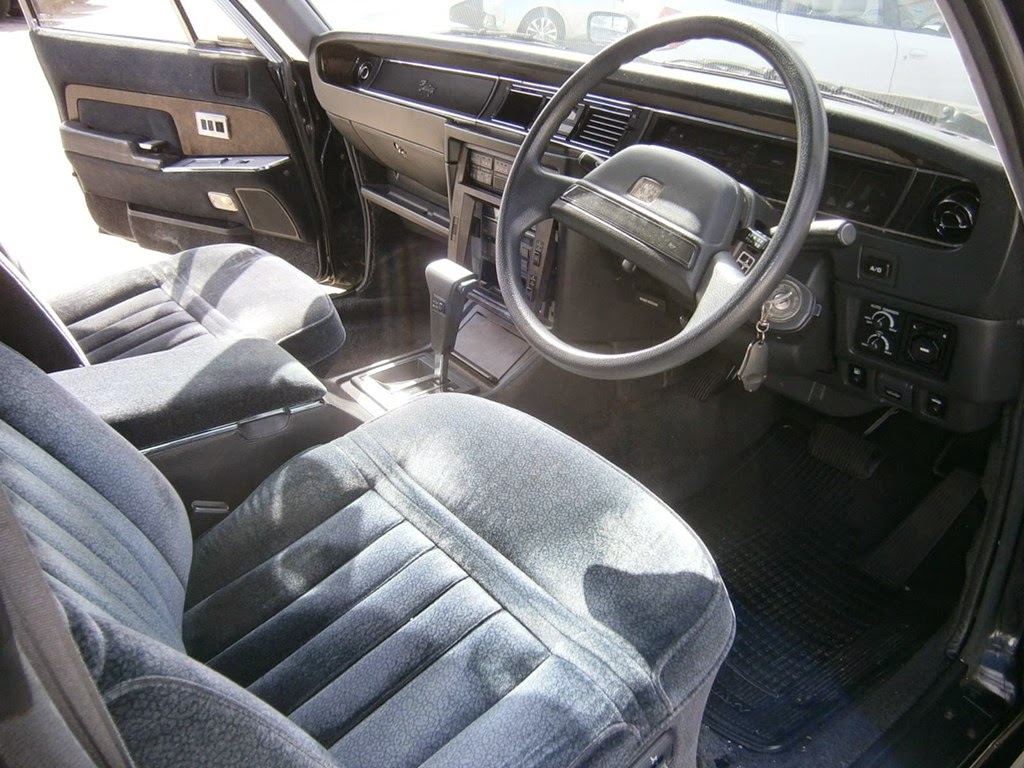 Inside the seats are covered in a felt that looks like it was skinned from a thousand old teddy bears or perhaps upholstery left over from the last time Julia Child recovered her love seat.  It isn’t a seat covering you’ll see in the latest 911 GT3, but it should be great for taking a nice nap on a cool Spring afternoon. 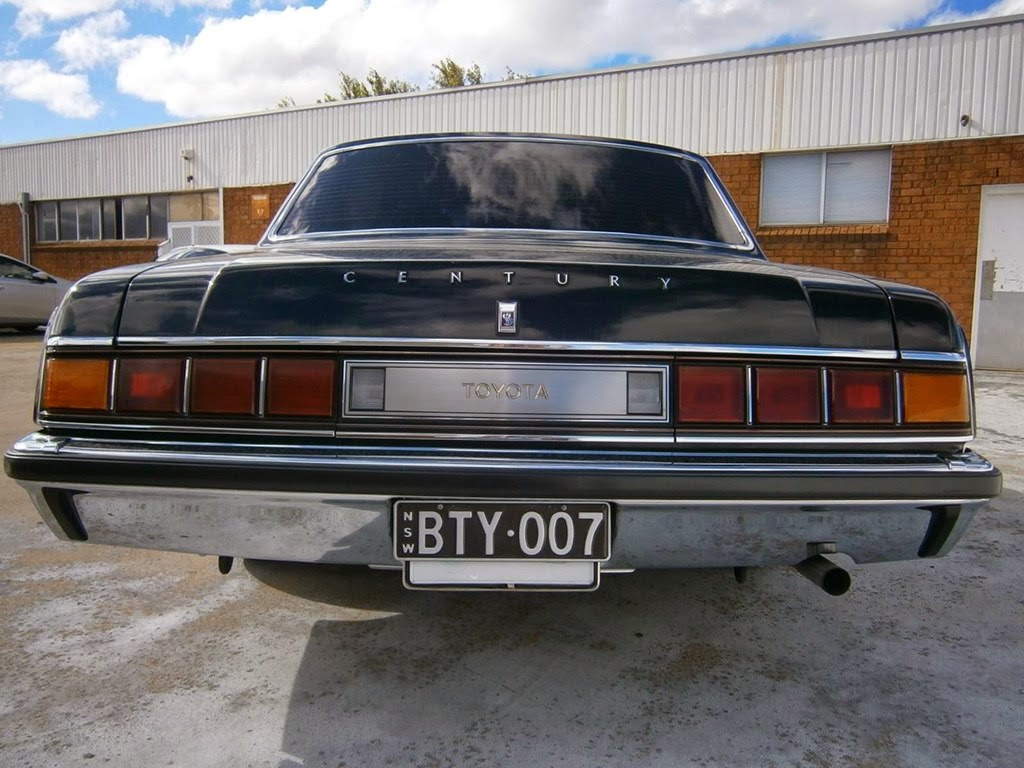