Most people drive around with more car than they need. Look at this Miata with four thundering cylinders. Sorry, but I don’t live my life one quarter mile at a time. And a back seat in your Honda? What are you, a soccer mom? All you really need is a three-cylinder, mid-engined roadster with a 90-inch wheelbase, like this customized and quasi-road legal 1991 Honda Beat with 40,000 for $11,500 in Alberta, Canada via Honda-Tech.  Words and tip from DT commenter & contributor  slowcarSLOW-MPGlol. 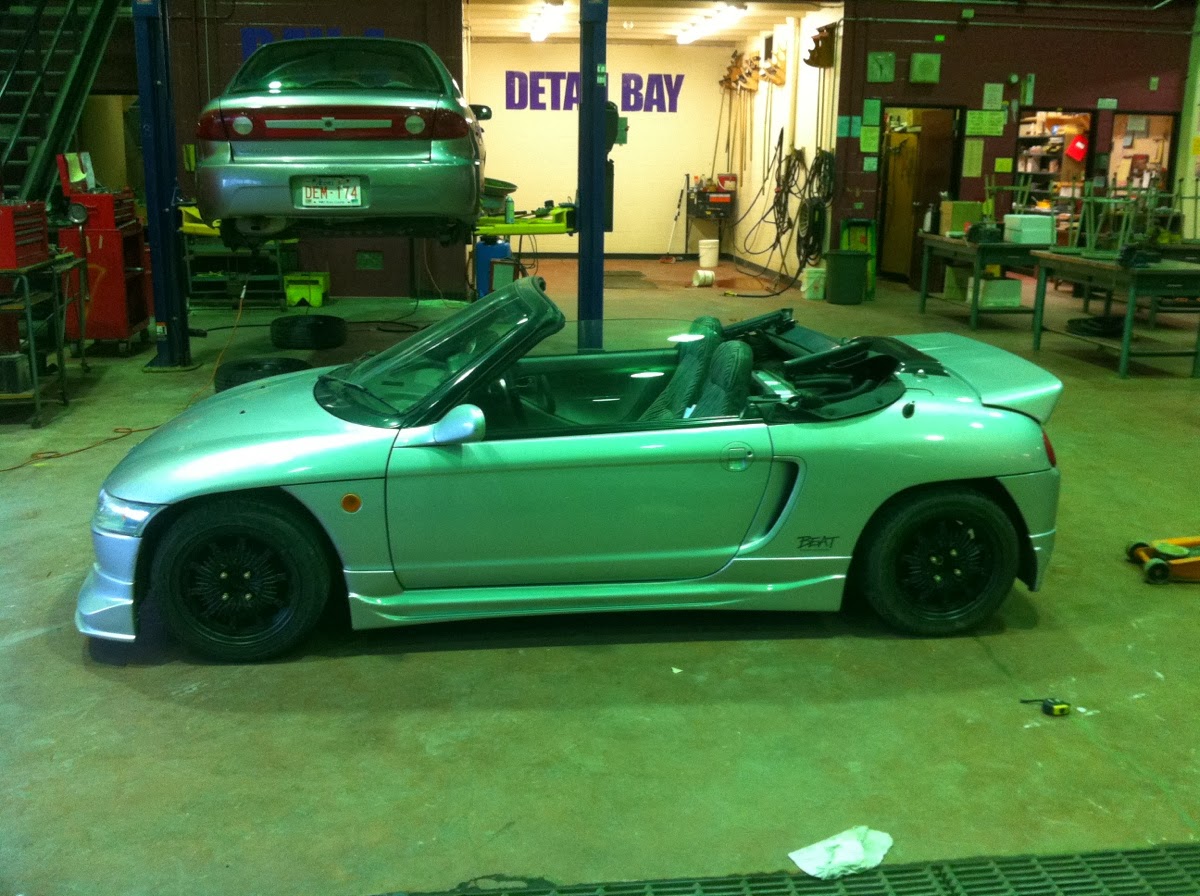 Honda has a history of introducing a great car, updating it for a product cycle and a half, and then killing it off without a successor. They did it for its mid-engined supercar and open-air roadster, so we shouldn’t be surprised that they did it for its mid-engined roadster. Made from 1991-1995, the Beat was left to die with nothing to carry on its name. Imagine the surprise at Honda’s headquarters when three cylinders are in vogue again. In America. 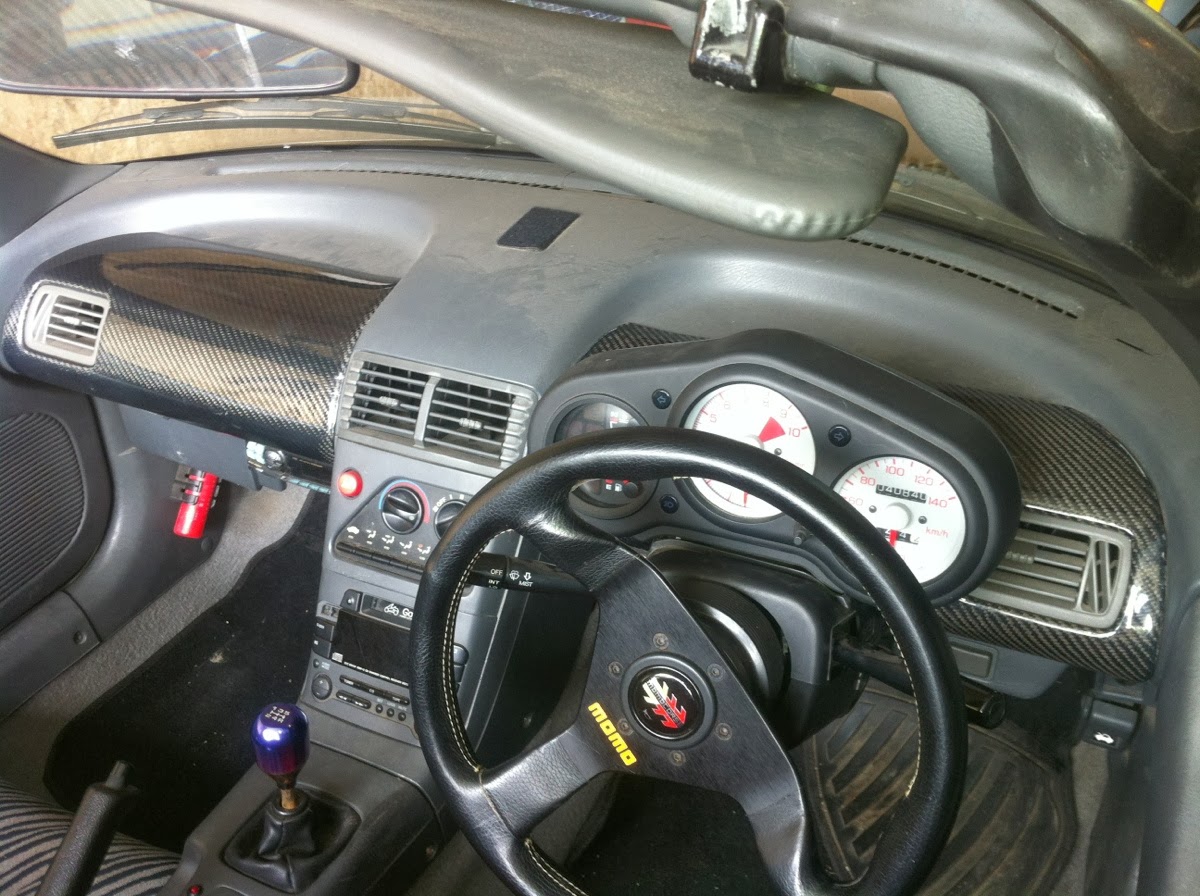 There’s no other car quite as Japanese as this expatriate Beat. First, all Beats are super kawaii, and not sold in the U.S. That means right-hand drive. This one adds a very angular and Japanese-looking bodykit, plus clear turn signals. See that angled exhaust? Ever see it on a Camaro? Didn’t think so. But it only gets more JDM on the inside. Red seats, a Type-R inspired shift knob. Whatever sparse interior real estate not covered in carbon fiber got sticker-bombed. Again, extremely Japanese. That red cylinder could be a micro fire extinguisher. Or a chapstick tube. It’s hard to tell in a car so tiny. 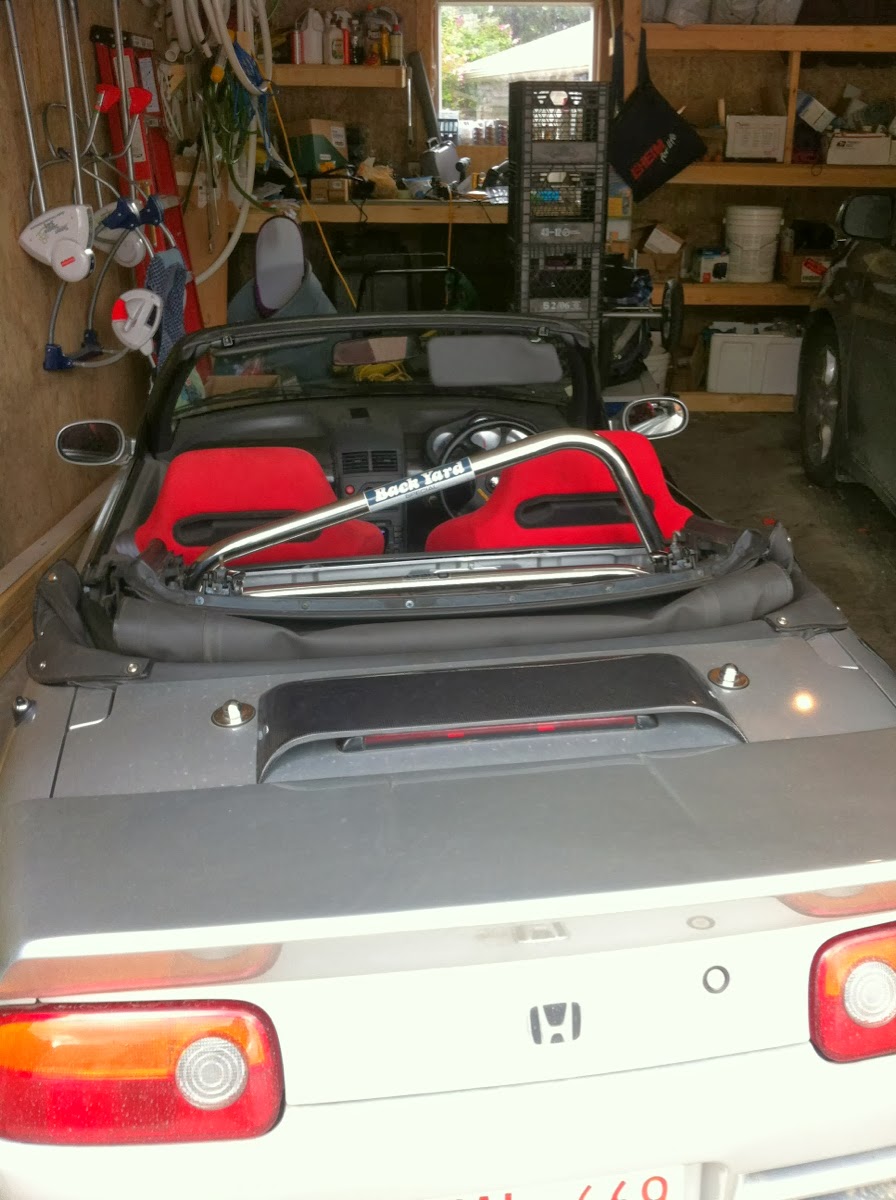 Suspension modifications and a muffler delete only amplify the micro-car driving experience (and the noise). On the highway, 5,500 rpm at 60 mph means you’re in the powerband and just a toe’s squeeze away from using all 63 horsepower to pass that gargantuan Civic Del Sol in front of you (who probably didn’t know you were there to begin with). This owner found a way to integrate the DOT-mandated center brake light onto the engine cover. Looks like it would be blocked by the drift-style spoiler, but only if you’re a centipede. 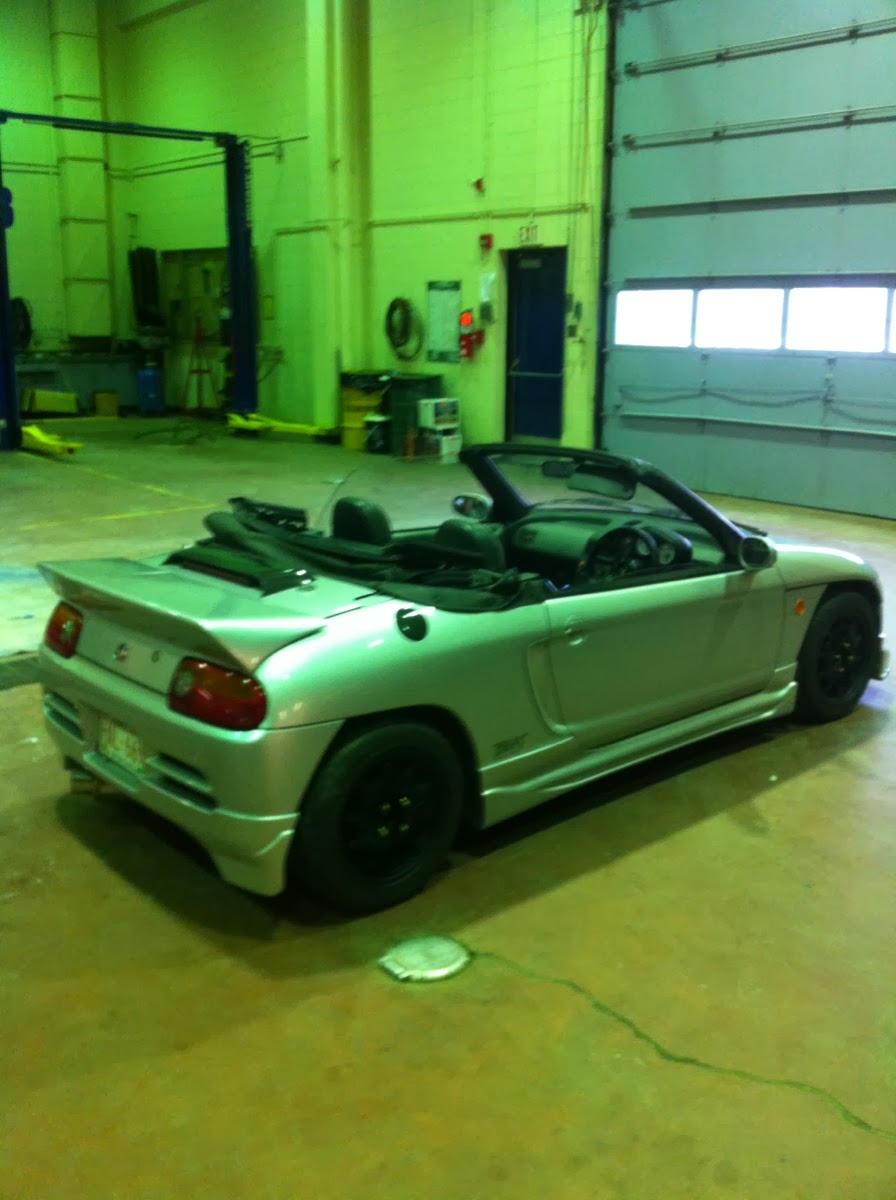 Beats occasionally surface on Craigslist with a similar price, but few have mileage this low. This one has been listed for seven months, so the asking price could be more pliable at this point. If you can deal with RHD, this would be a sweet and captivating daily driver with all the joys and challenges of a Miata, at 5/8ths the size.  See a better 1,600-lb car for less? Email us at tips@dailyturismo.com