Back in 1988 the 4-door Nissan mid-sized offering for the US market was the Maxima, at the time a rather unfortunate looking front-drive sedan powered by a wheezy V6.  On the other side of the Pacific Ocean, Japanese buyers could get the Nissan Cefiro, an R32 Skyline derived rear-drive sedan that later morphed into the front-drive Infinti I30 and A32 generation Maxima.  At least one of them found its way into the USA and at 25 years old, it is totally legit for import.  Find this 1988 Nissan Cefiro for sale in Richmond, VA for $11,500 via craigslist. 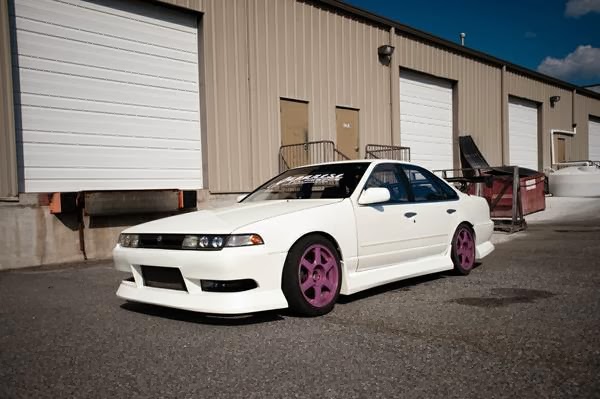 The Nissan Cefiro was only available for 5 years as a sporty performance sedan before the name was used on a more upmarket luxury focused package and no version of the Cefiro was exported to North America.  This right-hand-drive model was imported to our shores making it doubly surprising that someone would modifiy and “pimp” this one into a purple wheeled freakshow. 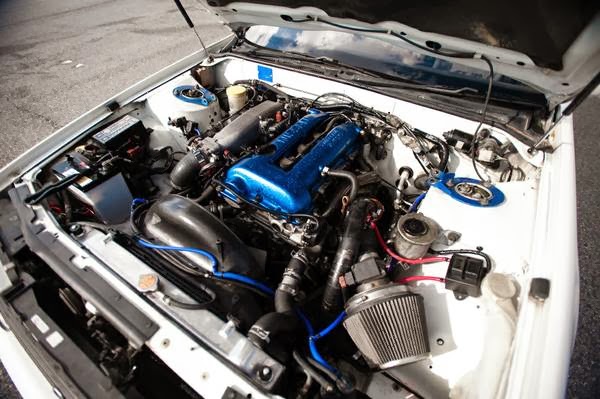 The original RB20 engine has been removed and it now it is powered by an S14 sourced Nissan SR20DET with all manner of blingy bolt-ons.  The seller doesn’t mention a dyno result, but we’d assume about 300 horsepower given the level of modifications and all that power goes via a 5-spd gearbox to the rear wheels. 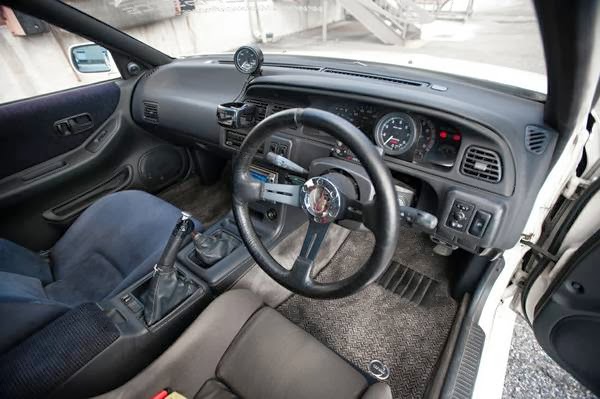 It will take some getting used to driving on the wrong side of the vehicle, but after a few curbing incidents with the hellaflush purple rims and mad-tight body-kit you’ll get used to it.  It sort of looks like something is on the windshield in this photo – but it must be a reflection because no one would put a gigantic sticker right in front of the driver’s face… 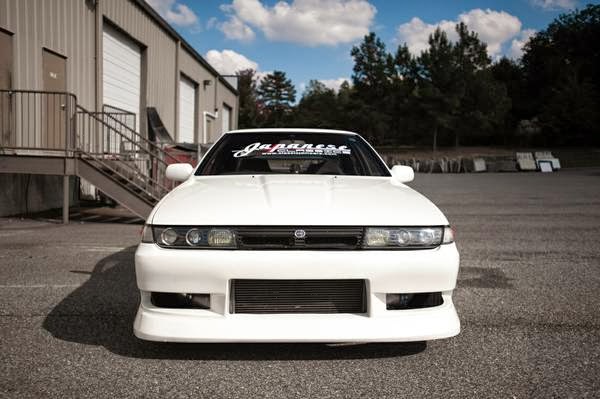 There is only one thing to say: This sticker is dangerous and inconvenient, but I do love Fig Newtons. 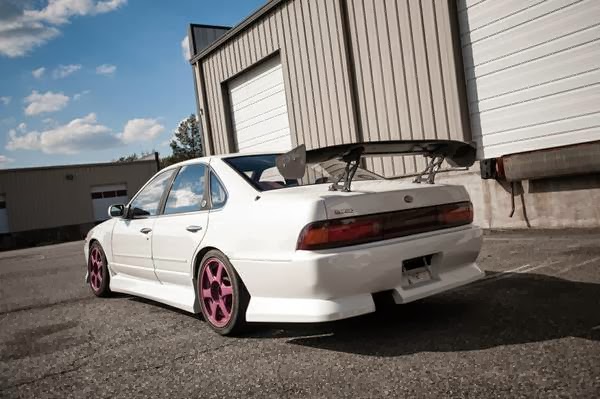 How sweet would this car be if it was 100% stock and used as a daily driver? tips@dailyturismo.com