The 2nd generation Crown Victoria  was introduced in 1998 and was available to the public (mostly old dudes) through the 2007 model year.  From 2008 to 2011 the Crown Vic was only sold for fleet/rental use and was the police car of choice for many precincts.  This made spotting smokey and dropping to the legal speed limit an exercise in Crown Vic spotting and its recognizable shape will be missed as it has been replaced with various Malibu, Taurus, Charger & Caprice.  If you are in the market for a used Crown Victoria, the one to get is the P-71 Police Interceptor which added a bunch of cop special parts but used the same basic 4.6 liter modular V8…unless you replace it with a V10.  Find this 1999 Ford Crown Victoria  P71 with Triton V10 power for $8,500 via craigslist in California, MD.  Tip from Carl L. 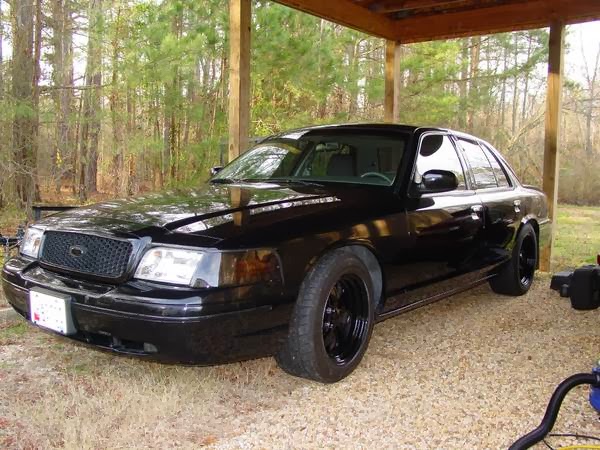 The P71 package removed most chrome pieces, but this Crown Vic has seen a few aftermarket parts and is what the kids call “murdered out.”  The smoked side markers don’t look that bad, but they remove any chance the guy in the lane next to yours will think you are a actual cop. 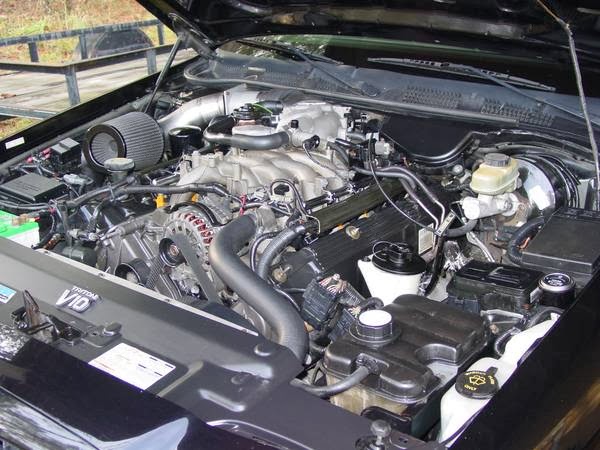 The original Ford V8 has been removed (we are on the lookout for its recipient!) and this P71 is now powered by a 6.8 liter Triton V10.  The big V10 is good for 310 horsepower (give or take) and 420 ft-lbs of torque which could have been achieved with a few aftermarket parts on the original 4.6 liter. 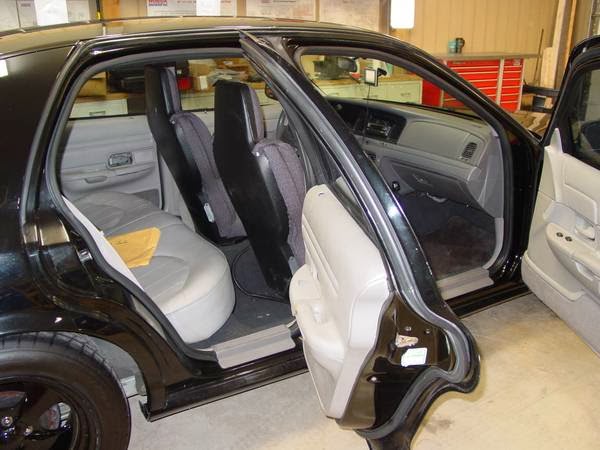 The inside of the P71 is pretty basic, and most of the squad cars came with a rear seat area that wasn’t comfortable and resembles the plastic from a kiddy pool – probably so you can hose all the perp juices away easily. 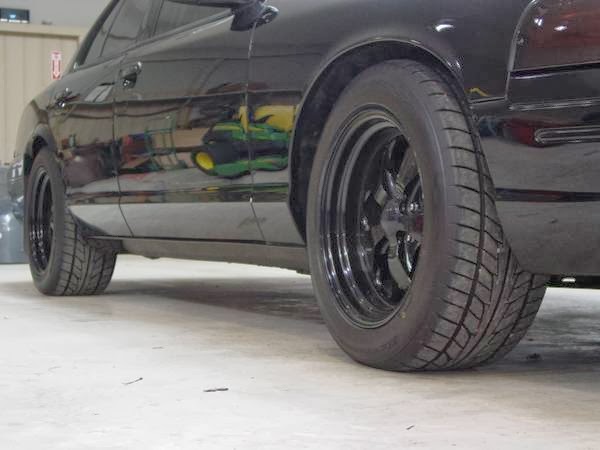 If it was my Crown Vic, it would have black steelies, but these powder coated Eagle alloys don’t look too horrible and aren’t too big. 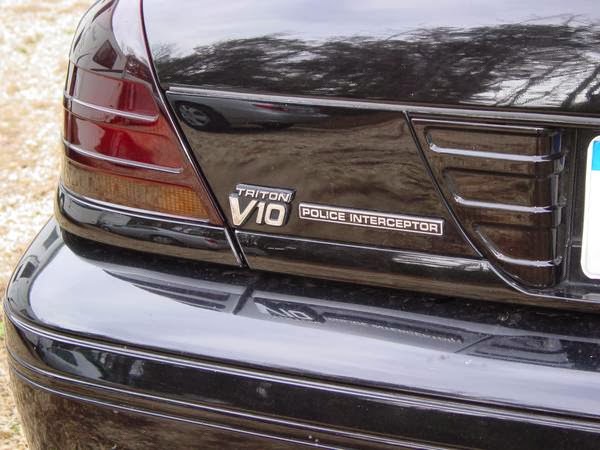