The Mercury Comet was a compact sedan that shared a platform with the Ford Falcon and Mustang, but was equipped with luxury add-ons.  The second generation was built from 1964 to 1965 and featured various V8 powerplants including the legendary 427 cubic in a version called the Cyclone.  Unfortunately the 427ci Cyclones are worth big bucks to collectors today, but a simple Comet Caliente can be found in great shape for low bucks.  Find this 1964 Mercury Comet Caliente

currently bidding for $10,100 with a few hours to go on ebay, located in Simi Valley, CA. 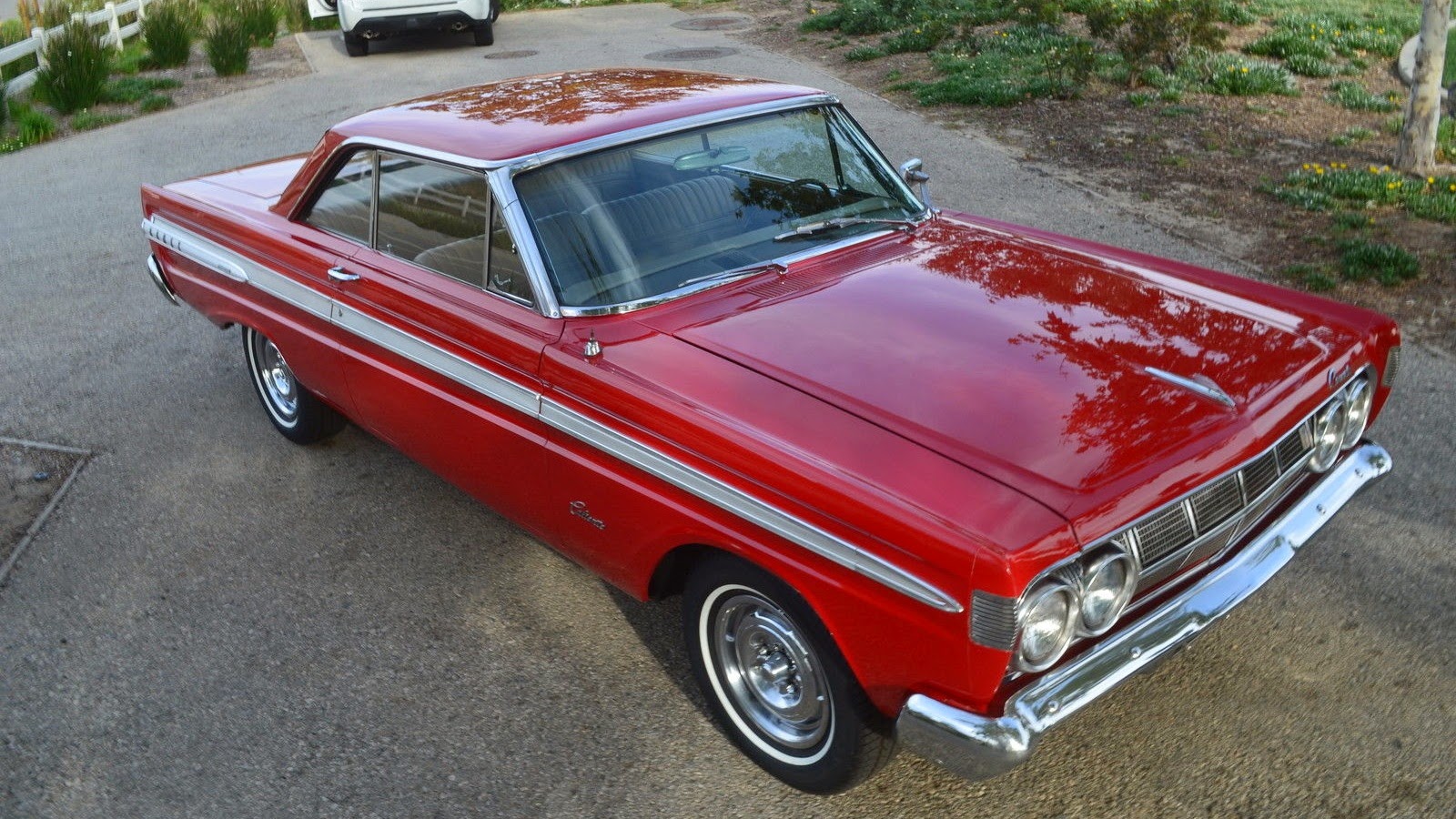 This Comet Caliente is covered in a nice looking shade of red that has been painted on top of the original T-code fawn beige from the factory.  The paint looks decent in the photos, but some evidence of over-spray is noticeable in the under-body pics and seals around the door jam areas.  The non-original paint might keep the originalist bidders away, but shouldn’t be a problem for someone looking for a decent driver. 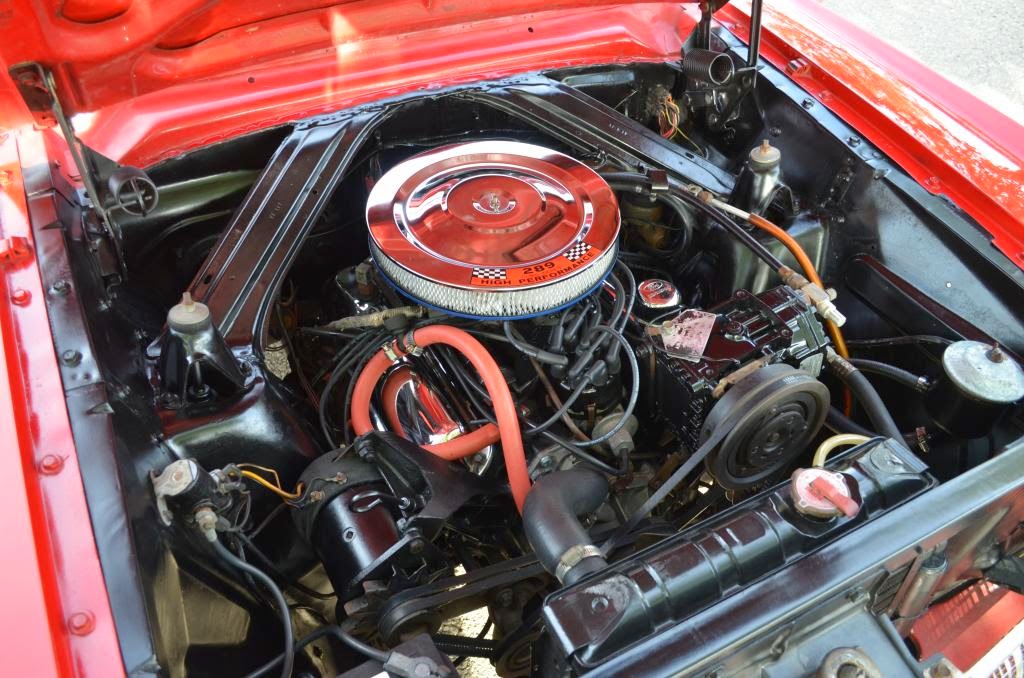 Under the hood is a K-code 289 cubic inch V8 equipped with a 4-bbl factory from the factory and rated at 210 horespower with a 600 cfm Autolite carb.  The Comet K-code shouldn’t be confused with the Mustang K-code that was a 271 hp HiPo engine, this is closer to the Mustang D-code V8 – the naming was really just a ploy by the Mercury division to say they had K-code V8s mated to C-4 autos, something you couldn’t get in a Fairline for instance. 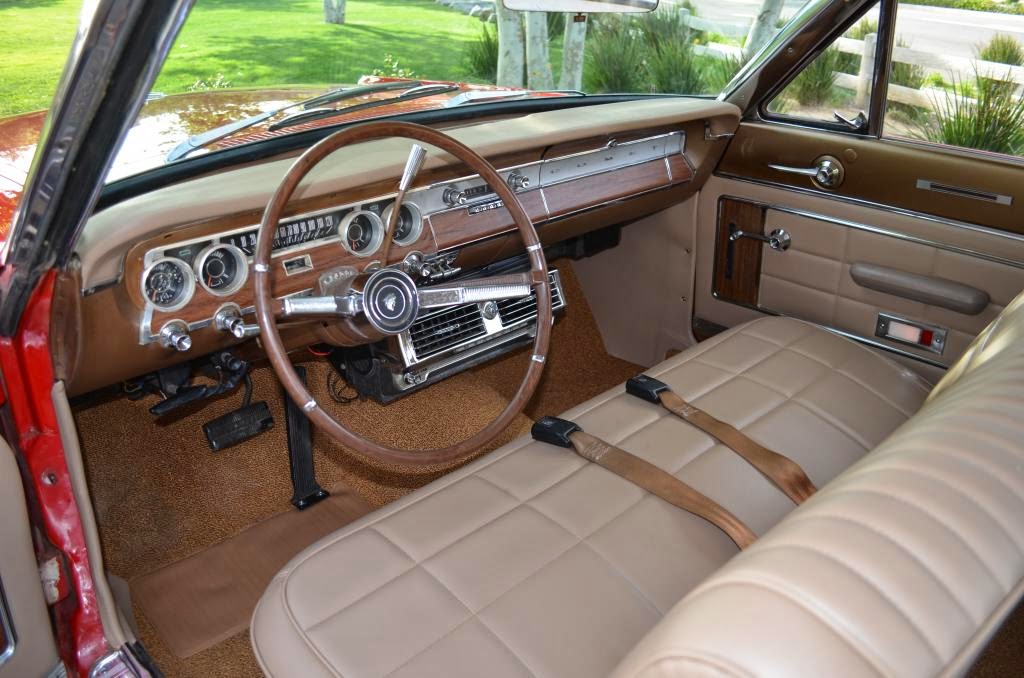 Inside you can see some of the upgraded Mercury interior, much nicer that what you would see in a Falcon– looks more like a Lincoln.  If the underdash AC unit on this one works it should make this Comet a great daily driver candidate. 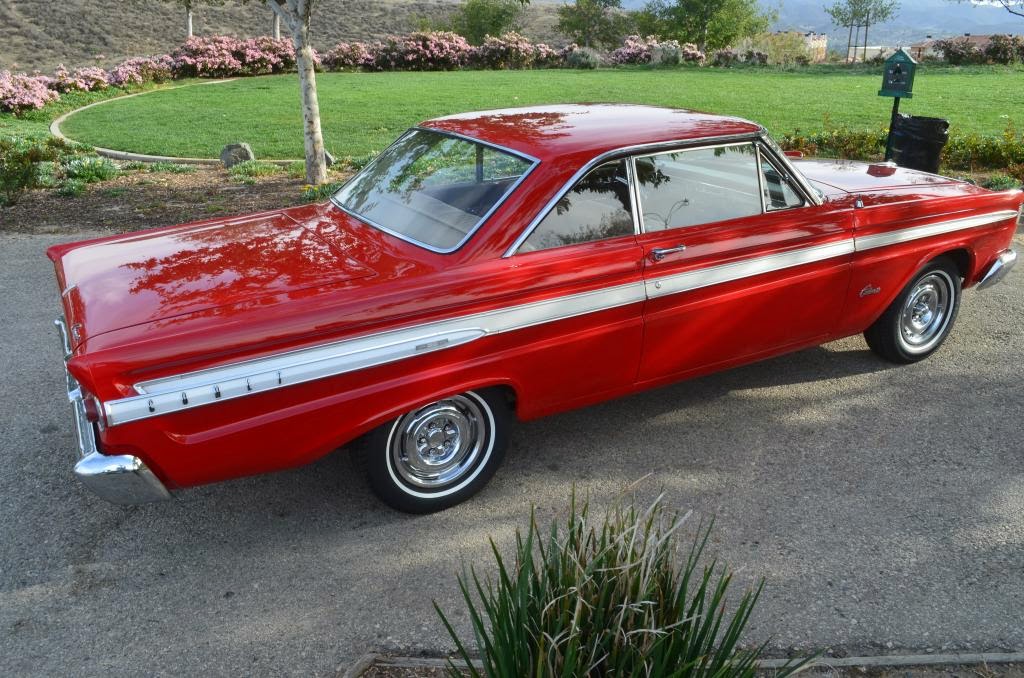