It’s 2015 and we don’t have my flying cars yet (we’ve been promised flying cars and a dystopian future from sci-fi authors for long enough, time for them to deliver, or we sharpen the pitch forks), but you can buy a good 60’s hardtop daily driver for $9K…and that ain’t a bad consolation prize.  Sure beats a copy of the home game.  Find this 1964 Oldsmobile Cutlass F85 Holiday offered for $9,500 in North Hills, CA via craigslist. 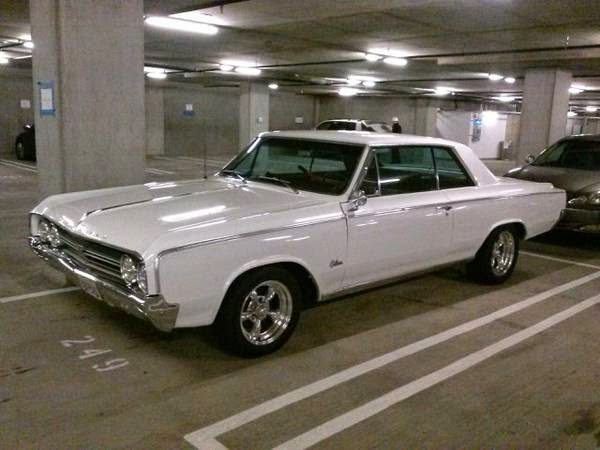 The first generation Oldsmobile F-85 was a unibody compact that didn’t sell particularly well (everybody wanted a Corvair!), but the 2nd generation, introduced in 1964, was upsized to the body-on-frame A-platform (shared with the Chevrolet Chevelle, Buick Special, and Pontiac Tempest). Sales went up, and this handsome pillarless Cutlass coupe version looks appropriately cool wearing white paint and a set of 5-spoke Torque Thrust polished wheels. 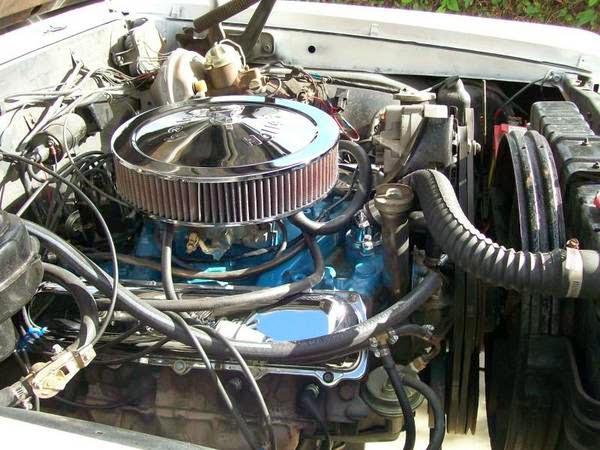 The 350 cubic inch Oldsmobile V8 in this one is a nice upgrade to the original 330 ci version that would have come in this car, but it could hurt value if you are looking for originality. 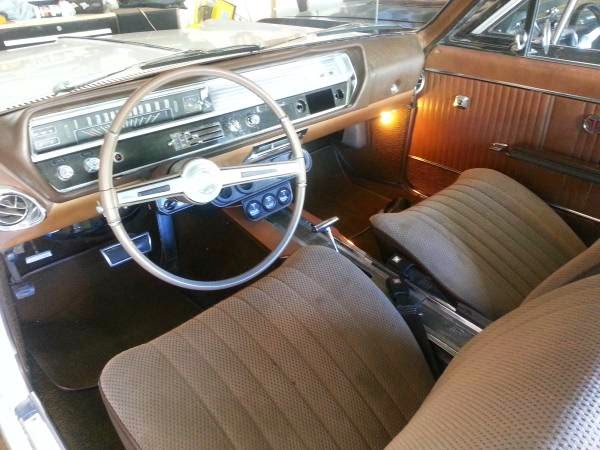 Finding a pillarless 2 door with an original floor console and
bucket seats for a reasonable price is not a simple task these days — even if the interior is extremely dated cloth redo. This car has electric windows which speaks to the original order…looks
like it ‘used’ to have A/C but nothing under the hood. It has a/c fresh/air vents at each end of the dash, but that looks
like a floor mounted dealer installed style a/c unit in the center. 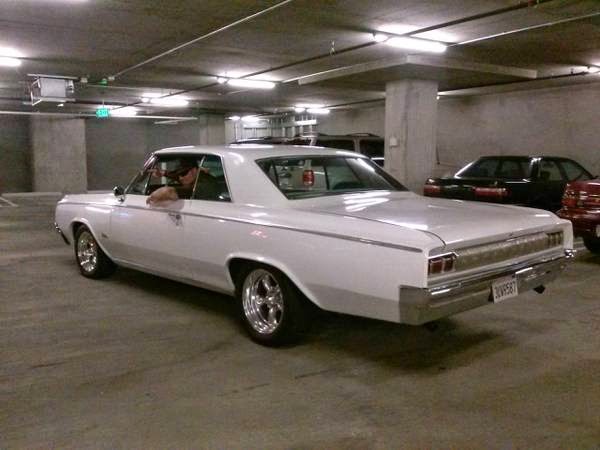