You’ve heard the expression that it is better to drive a slow car fast, than a fast car slowly — which is mostly true.  But the corollary expression when purchasing a car is that it is better to have a nice example of a cheap car, than a cheap example of a nice car.  This next car was the subject of a ground up restoration, but now it is being spit out after only 5,000 miles since the resto.  Find this 1970 Opel GT offered for $9,800 in San Francisco, CA via craigslist.  Tip from Kaibeezy. 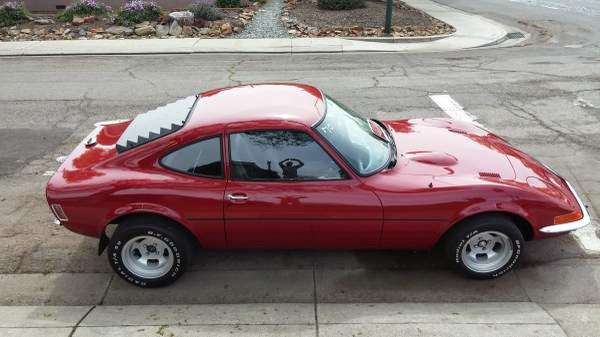 The Opel GT was a compact sports car built by GM’s European subsidiary Opel
from 1968 to 1973.  The little  “poor man’s Vette” (reference to its
styling
similarity with Chevrolet’s C3 Covette) was sold and maintained at Buick
dealers in North America, an odd place to find a European transplant
and undoubtedly part of the reason it was sales failure 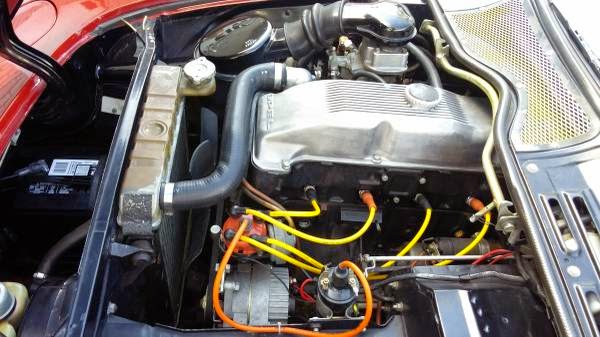 The Opel GT was available with two engine choices, a 1.9 liter cam-in-head (CIH) upgrade engine putting out 102 horsepower, and a 1.1 liter OHV inline-4 putting out 67hp.  Based on a quick internet image search, I am lead to believe that this is the 1.9, which used a camshaft located in the head that acted on the valves with a short tappet and rocker arm — sort of a hybrid between pushrod and over-head cam. 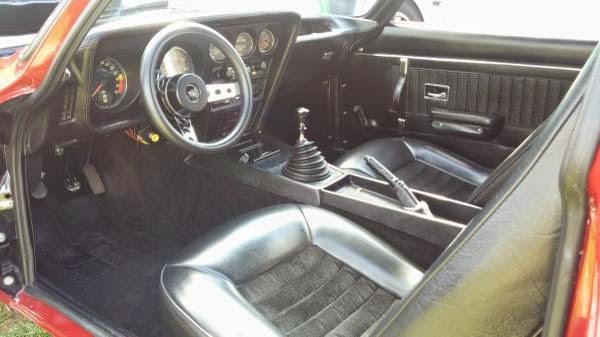 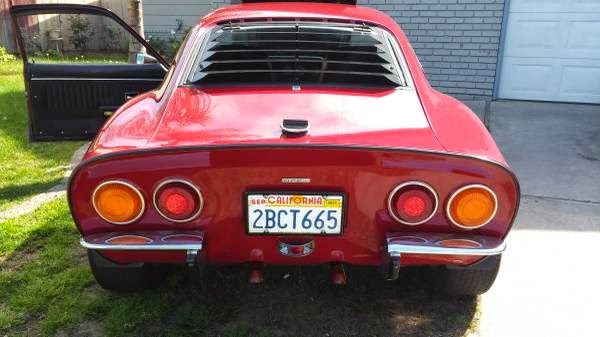