The Mercedes-Benz R107 series roadsters and sister C107 coupes were sold for a remarkably long life span, starting in 1971
and ending in 1989.  The timeless design and mechanical robustness gave the cars a great
reputation and kept buyers returning to the showroom each year without
the need for drastic changes, but the US market never got the hotter engines (or cool headlamps and skinny bumpers) available in Europe. For that reason grey market cars have always been desirable.  Find this 1978 Mercedes Benz 450 SLC 5.0 rally homologation special, offered for $8,500 in Anchorage, AK via craigslist.  Tip from Zach. 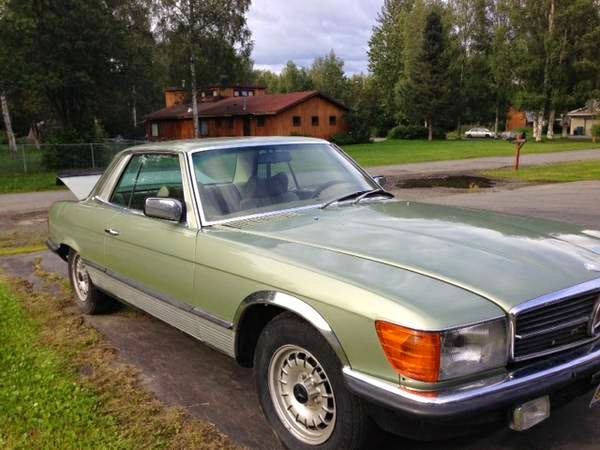 The C107 chassis SLC was the first coupe version of an SL roadster from Mercedes (previous coupe versions had been based on sedans).  The 450 SLC 5.0 is powered by an aluminum block 5.0 liter V8, which in European trim was rated at 225 horsepower and 278 ft-lbs of torque. The seller says this car was one of a limited number of SLCs produced for WRC rally homologation, meaning that M-B had to sell some production examples of the car it wanted to run in competition. 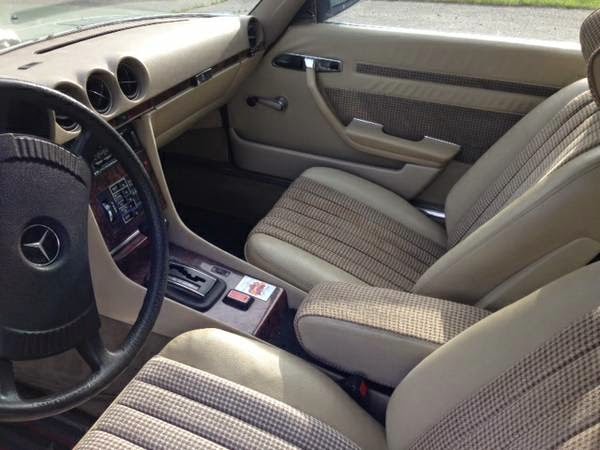 This SLC features an interesting interior; being a Euro market car it has woven cloth seats instead of the MBTex that we are used to seeing in Benz from this era. Also notice the manual crank windows which were rare on the up-optioned luxury trim Benzos headed for the North American market.  The transmission is a 3-speed automatic which will dampen some of the fun, but will be better for commuting and relaxing cruises. It may even help with smooth torque application on sweeping dirt roads… 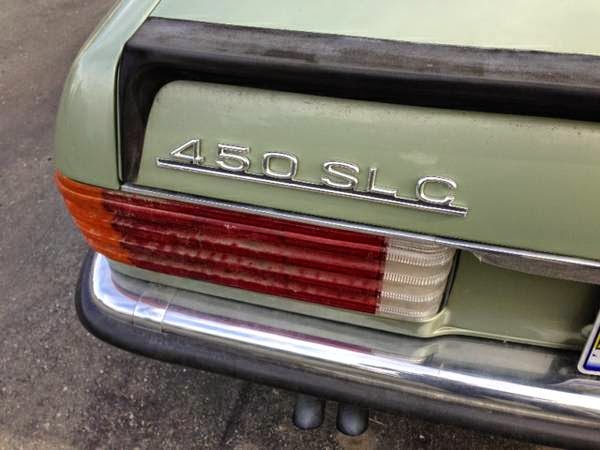 The skinny bumpers standard on Euro cars improve the looks of this lime green 2-door immensely. And is that a Foha foam spoiler? Apparently that was stock as well as the front lip spoiler, and both trunk lid and hood were aluminum on these homologation specials. An SLC in Group 4 WRC trim is shown turning its wheels in anger below.

$8500 may be a fair price for the green car, especially considering we missed this fully prepped example (by a decade) that sold for $14.5k in 2003.