Sometimes craigslist feels like an underground fake goods market buried deep in the shopping district of an ancient metropolis.  Everywhere you turn brigands, cut-throats and thieves swarm upon you like ants to spilled honey.  Post up an ad and the first hits will be phishers, reply to an ad with a good price and the same scumbag might be at the end of the email. Even adverts with phone numbers are not exempt as anybody can get a free google voice number for your local area code and the game is a foot.  Unfortunately, this means that any cars with prices that seem to go to be true…well..they aren’t true, but somewhere in the mix are legitimate good deals, such as this 1984 Porsche 911S offered for a very reasonable $8888 via craigslist in the SF Bay Area…maybe.  Tip from Kaibeezy. 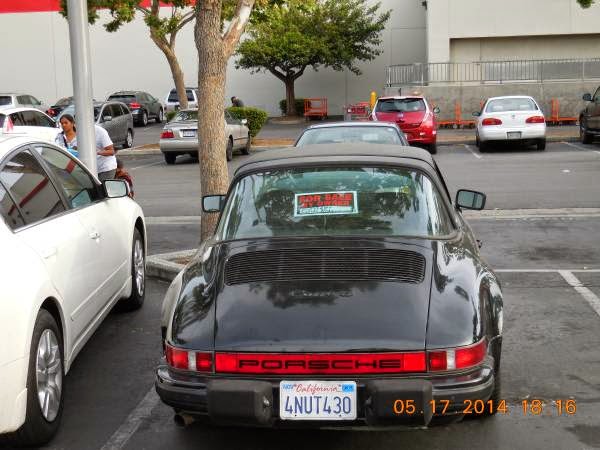 The license plate may scream Ferrari fan, but this 911 is pure sweet German targatastic goodness.  The single picture from a Home Depot (orange flat shopping carts in background??) parking lot isn’t particularly a good sign, but the seller’s description is simple and sweet.  Sounds like a busy dude who wants out now that it is smogged.

I have kept it stored and double wrapped since 2009.

I also have the CA DMV, electronic-jpg-file scans of these documents,

Could be a good one….or a bearded pirate in a Havana internet cafe.  tips@dailyturismo.com