The GTO always takes the glory as the worlds first muscle car, but the Pontiac Grand Prix actually beat the GTO to the market by two years.  Both were heavily influenced by failed narcotics importer John Z DeLorean, featured big engines and minimalistic styling, but the GTO was on the intermediate sized A-body (Tempest) and the Grand Prix was on the full sized B-body (Catalina). In 1962 GM was enjoying a great start to the NASCAR Grand National season, they’d won 18 of the first 20 races and 12 of those wins were full sized Poncho two doors. 1962 was also the year that Pontiac introduced the Grand Prix.  The name hinted at its racing pedigree, after all, it had bucket seats and a center shift console, it had to be a sports car! Find this 1962 Pontiac Grand Prix 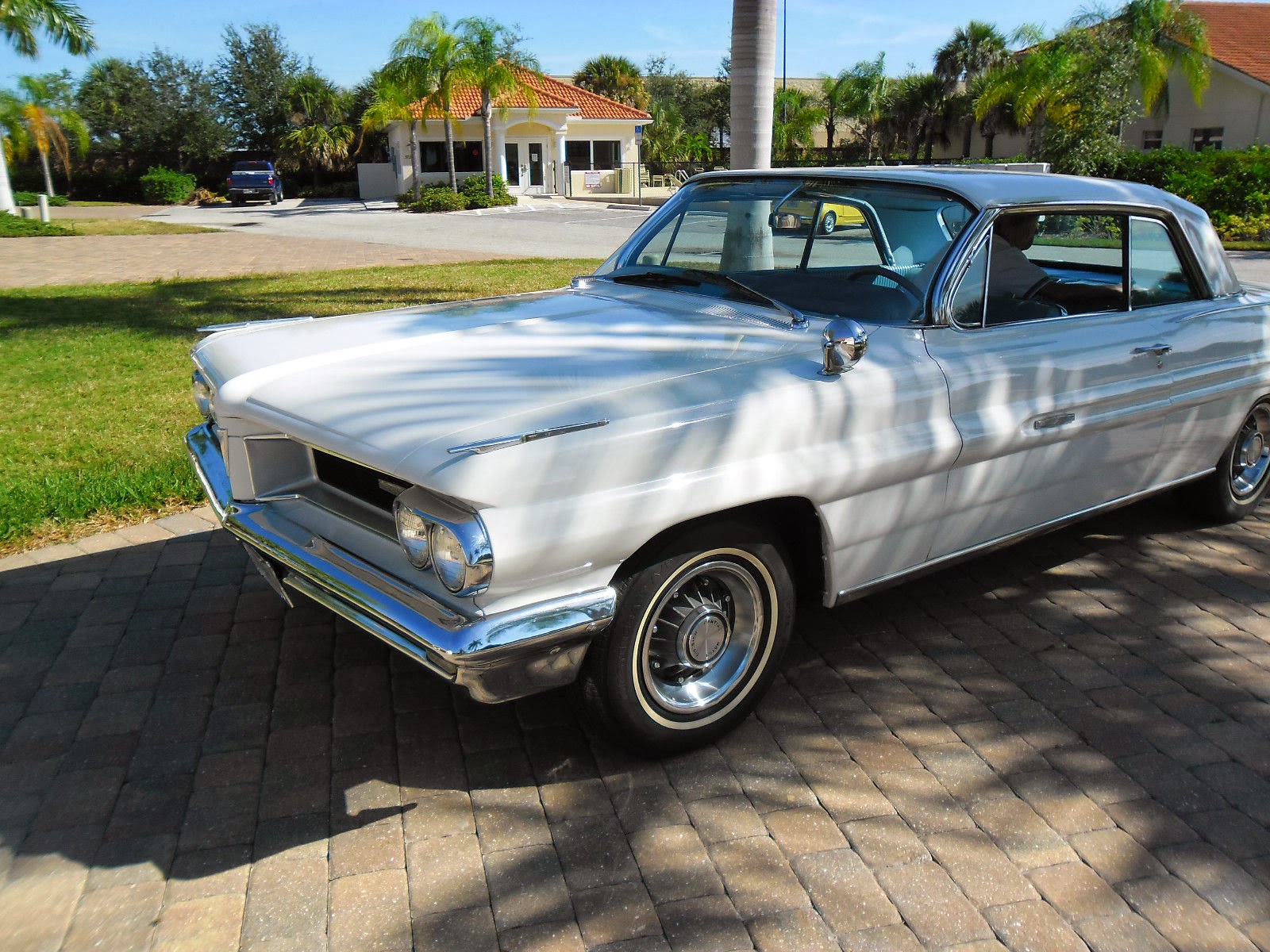 The Grand Prix started life where the Pontiac Ventura dropped off and was essentially a re-optioned Catalina with minimilist exterior and upmarket options like a Bonneville.  The Grand Prix was categorized as a personal luxury car like a third generation Ford T-bird, Lincoln Conti MkII or Studebaker Golden Hawk.  This segment emphasized driver comfort and style over performance, but ability to accelerate on demand was essential.   This car was designed for the guy that had fantasies of hauling azz instead of hauling kids, but still needed room for five.  The white over blue combination is certainly a good choice for this car as it sets of the unique black trim elements of the front grille and the cast aluminum brake drums. 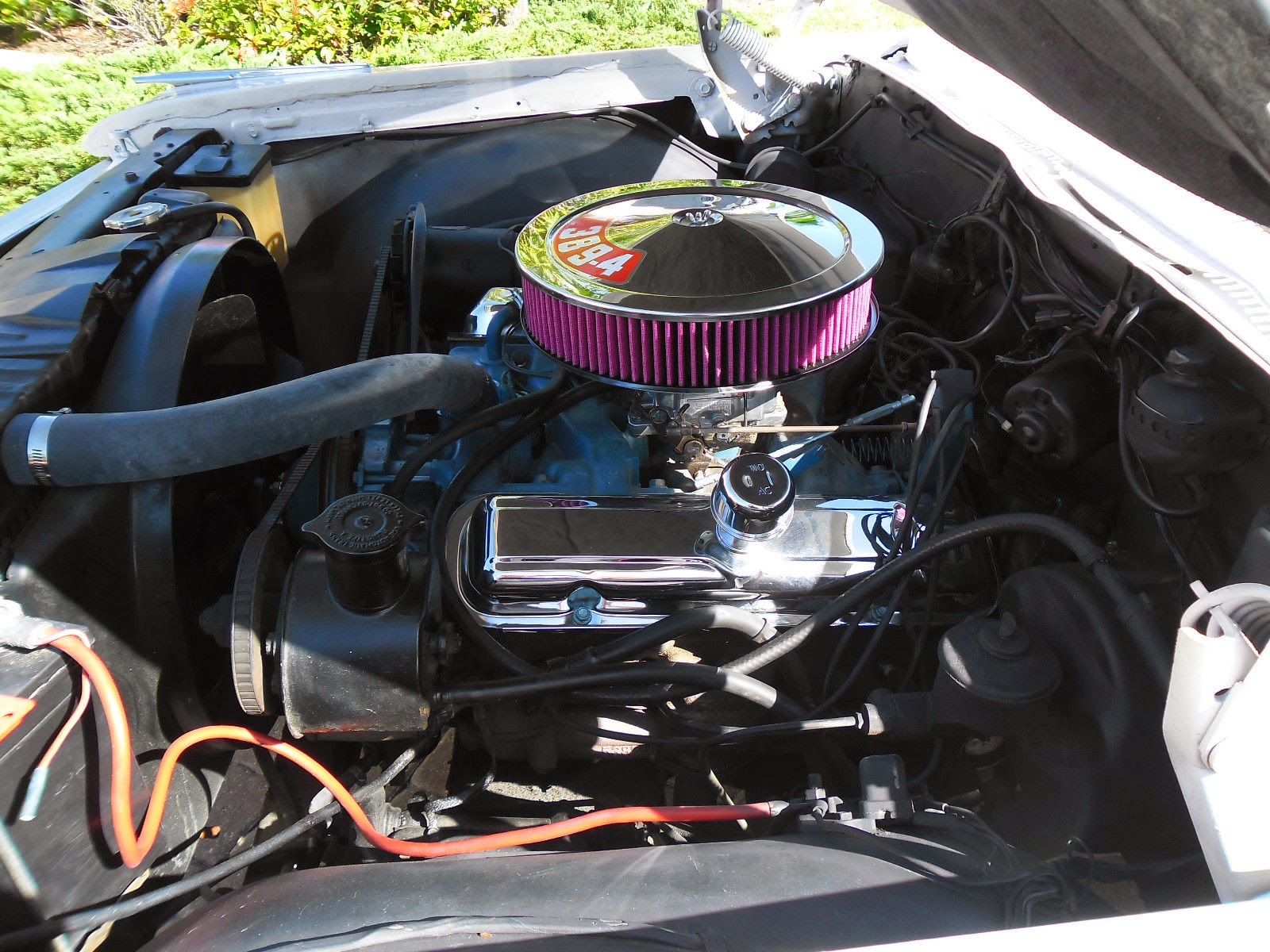 Acceleration in the case of the Grand Prix was accomplished by Pontiac’s 389 V8, a 4-barrel fed version borrowed from the Bonneville and good for 303 horsepower. Combined with a 3-speed automatic transmission and standard limited slip differential, the Grand Prix will do a nice squat-and-go impression of a gooney bird at take off.  The engine bay appears in proper-nick, with a K&N Airfilter with obligatory 389 decal properly affixed and some chrome valve covers as the only updates in sight.  The car still sports its original style power brakes, steering pump and generator instead of  typical updates. 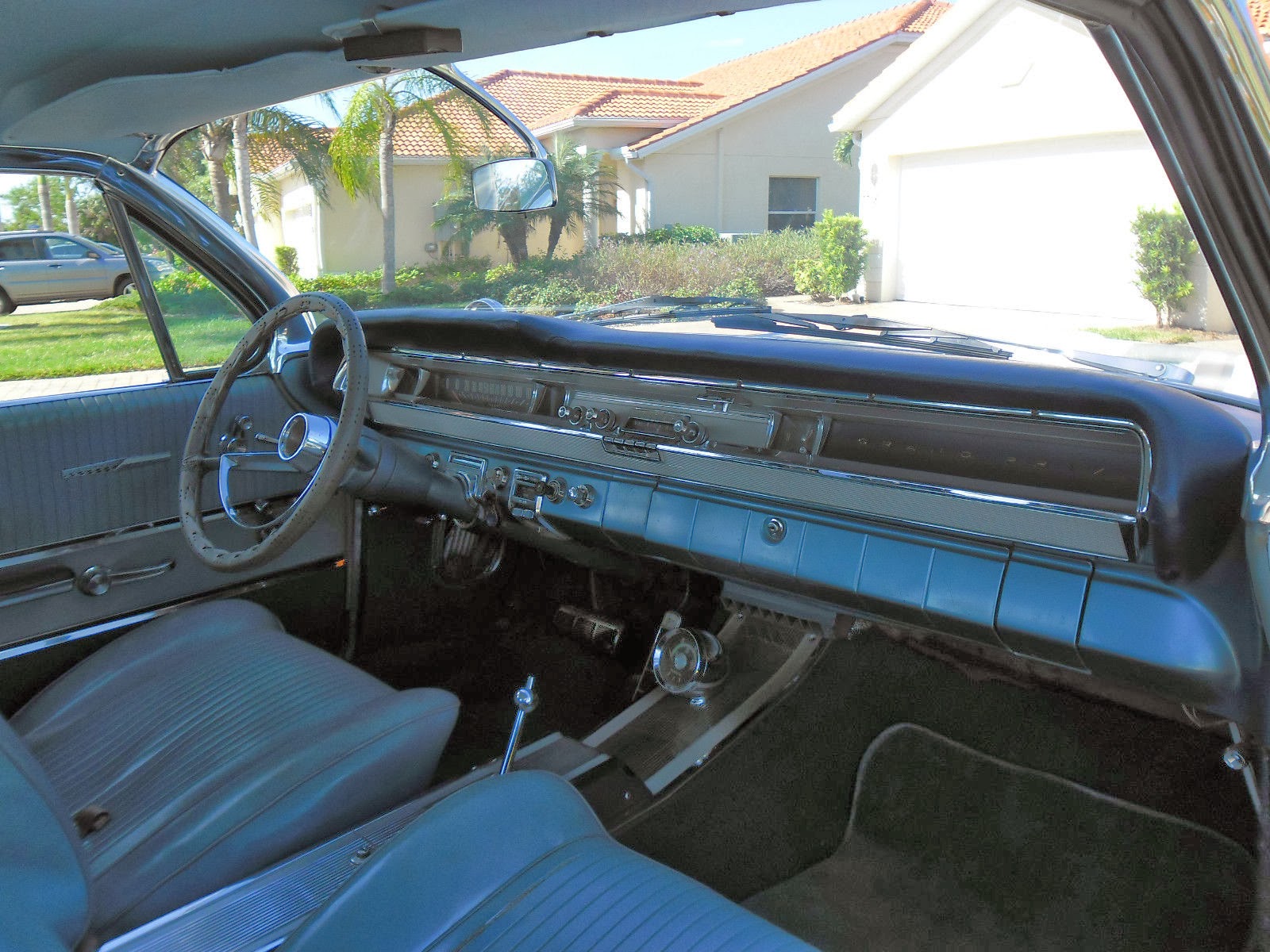 The steering wheel wrap probably covers a cracked clear plastic wheel, but with the over-boosted 60’s Pontiac steering you won’t be trying to feel the imperfections of the curbing on the corkscrew at Laguna Seca anyway. Other pictures of the dash also hint of some late-niteTV hawker’s miracle vinyl repair, but the car still presents quite well, considering its current bids with no reserve. 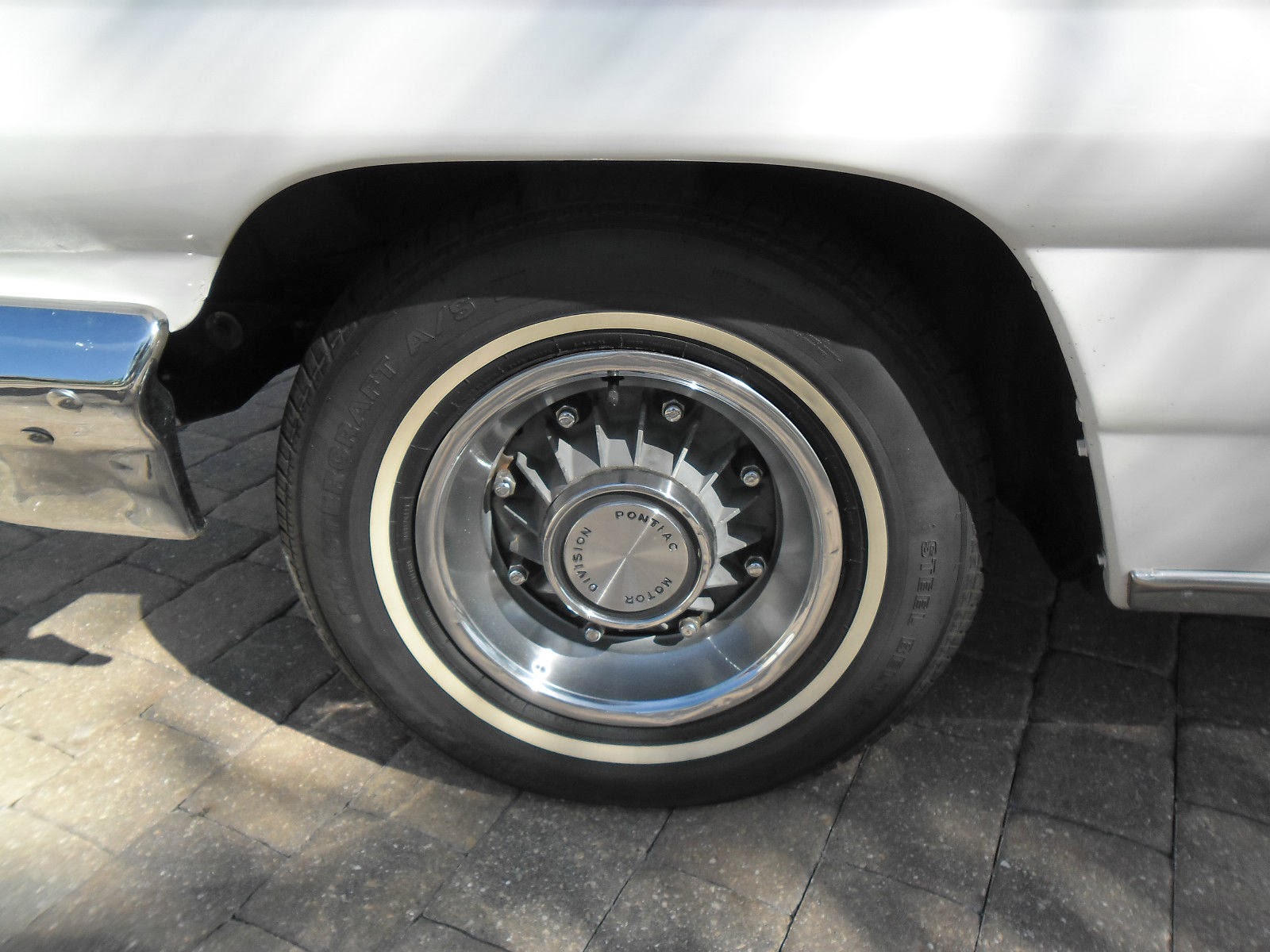 Need more proof of its sportiness, just take a look at those finned
brake drums. Pontiac was so proud of them, they put a special 8-lug wheel
on them so that they could show them off.  Don’t worry, the owner hasn’t done some crazy swap from a heavy duty truck, those are stock 8-lug wheels with integrated aluminum wheel hub and brake drum with cast iron braking surface.  This is not the car to swap on some fancy disc brakes and 18″ wheels. 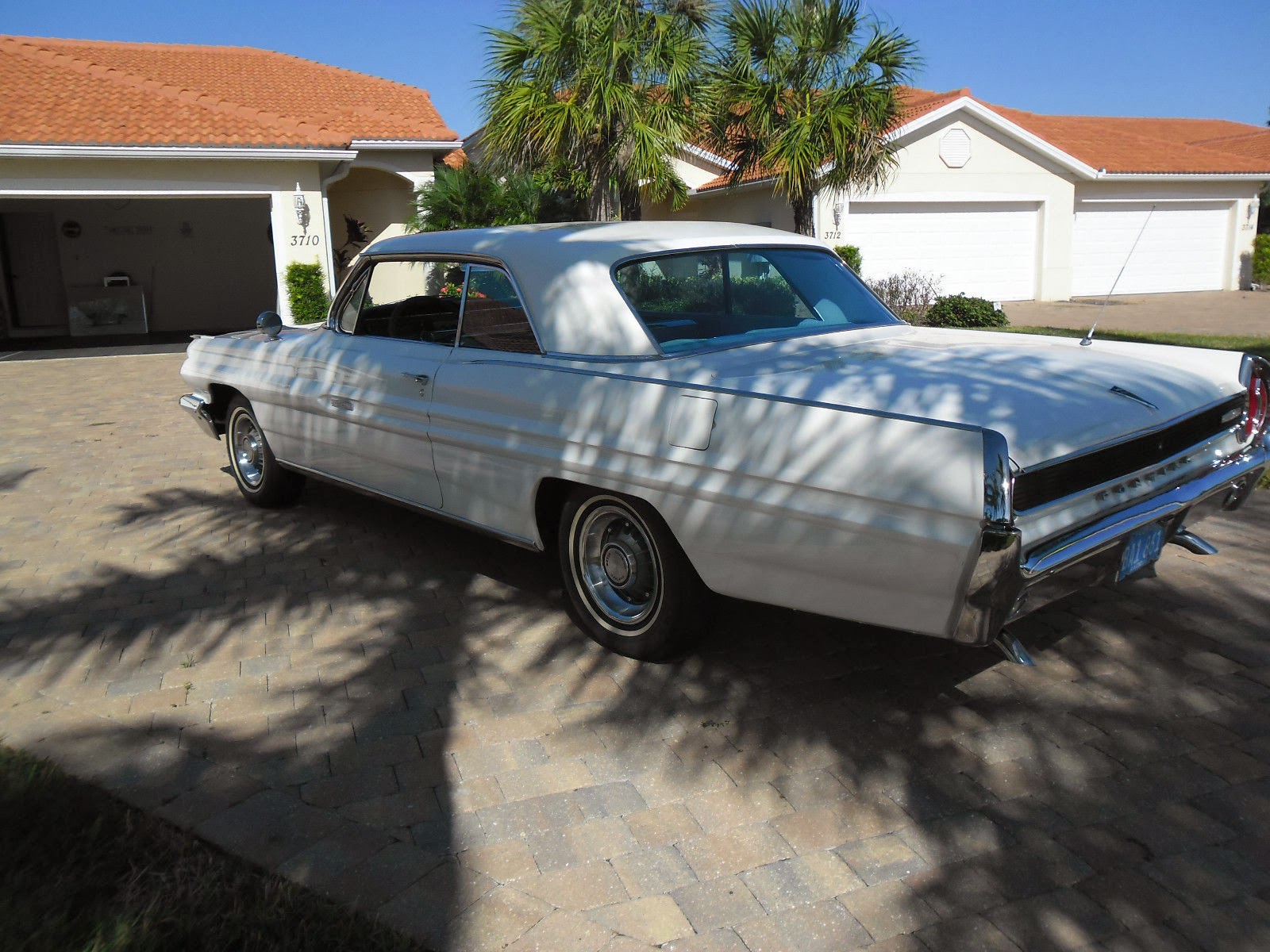 These first generation GPs seem to still be sneaking in under the radar of many collectors, but that makes them perfect candidates for DT duty.  If the bids stay under $11K, this may be a particularly good buy, as long as it can pass muster during a pre-purchase inspection.  See a better full sized sports car with room for five? tips@dailyturismo.com