The Matador replaced the Rebel in 1971 as American Motor Corp’s plus sized muscle coupe.  By 1973 the muscle-car era was on its way out and the replacement cars tended to be softer, slower and are generally less collectable today – but don’t rule them out of your classic search as they are also considerably cheaper.  This 1973 AMC Matador is about the nicest around and offered for sale in Shawsville, VA currently bidding on ebay for the modest price of $6,100 with 3 days to go. 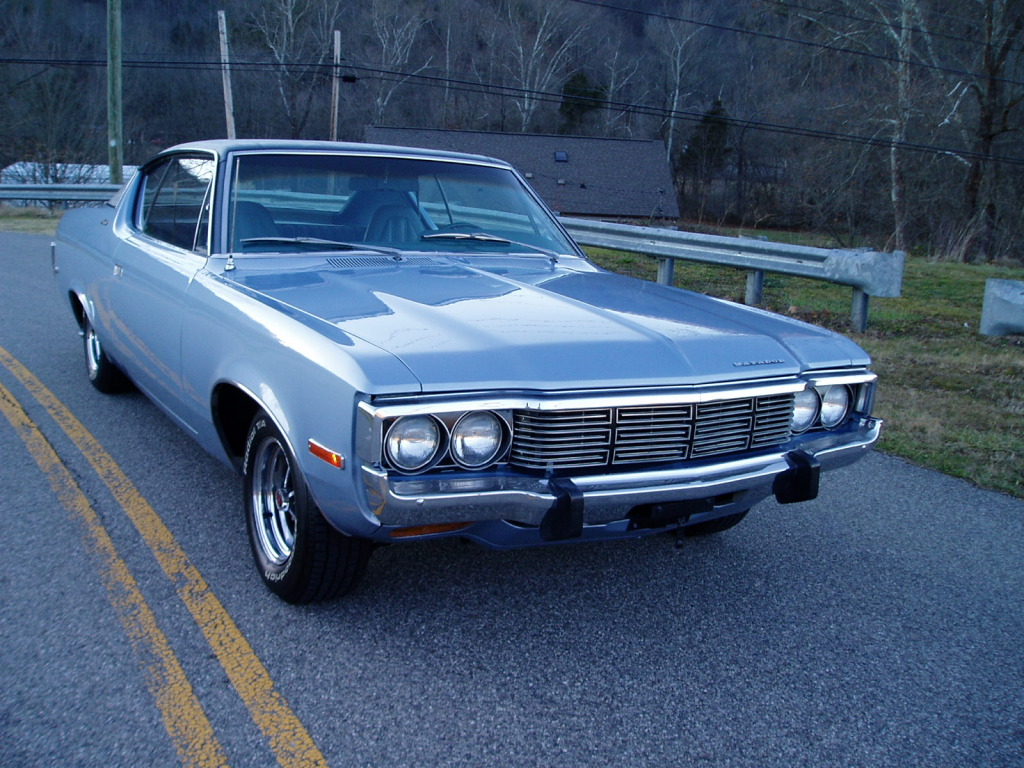 At a time when Ford, GM & Chrysler product were getting some funky styling it was good to see a classically ’60s styled beast come out of the Kenosha, WI AMC factory.  The only clue that this isn’t a late ’60s vehicle are the little bumper pimples, otherwise chrome is everywhere, the dark blue vinyl top is stylish and small tail-fin like appendages surround the trunk.  It is a much better looking car than the 2nd generation Matador made famous by turning into an airplane in the James Bond movie The Man with the Golden Gun.  Scaramanga would have beaten Bond easily if he’d gotten a 1st gen Matador. 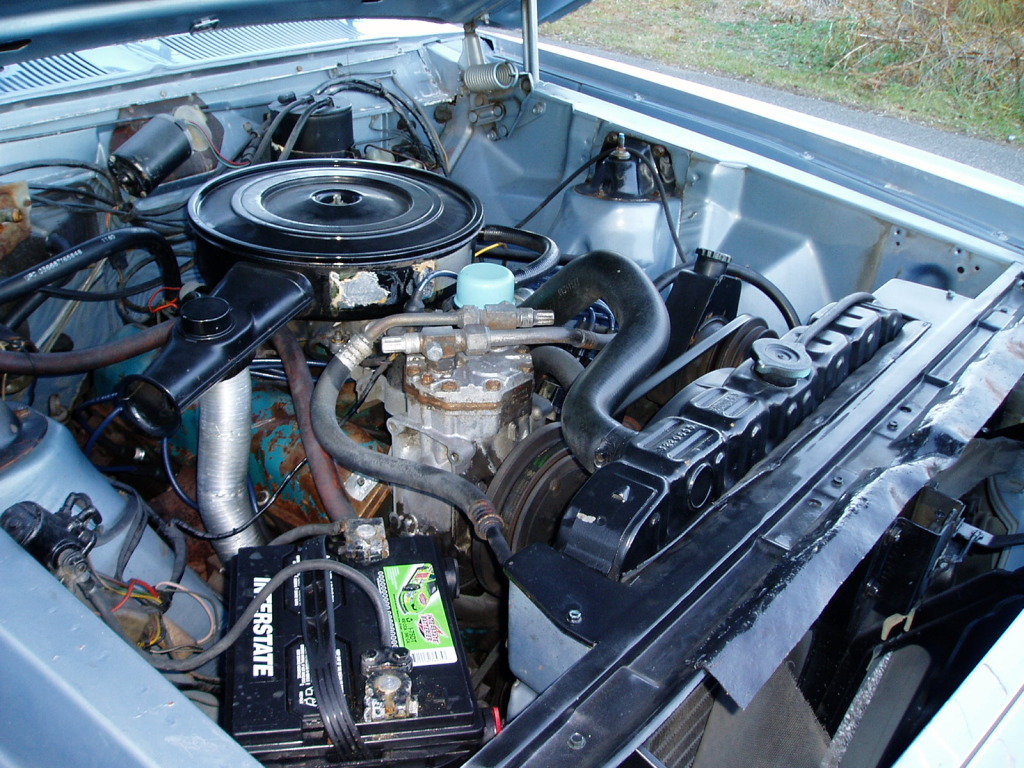 This Matador is powered by the AMC gen-3 ‘tall deck 304’ – a 5.0 liter V8 rated in 1973 at 150 horsepower due to tightening emissions regulations; earlier versions made considerably more power. 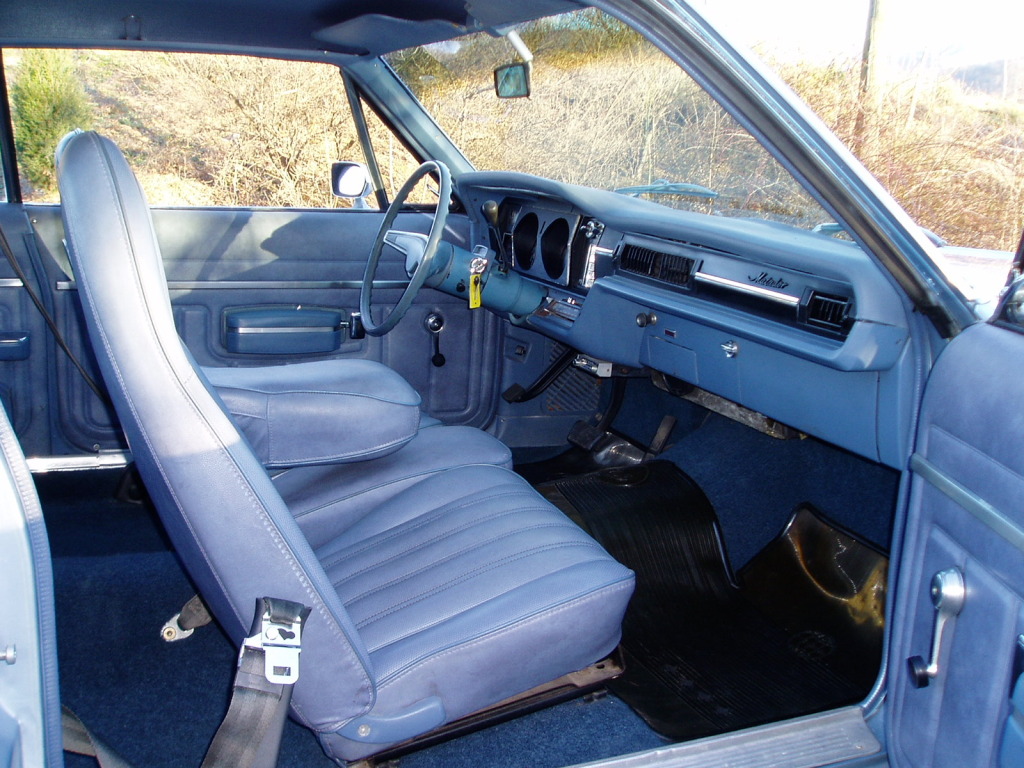 Inside the high back bucket seats look to be in decent shape and overall everything seems to be intact and functioning – which is a good thing as aftermarket support for an AMC isn’t particularly good compared to GM/Ford/Mopar classics. 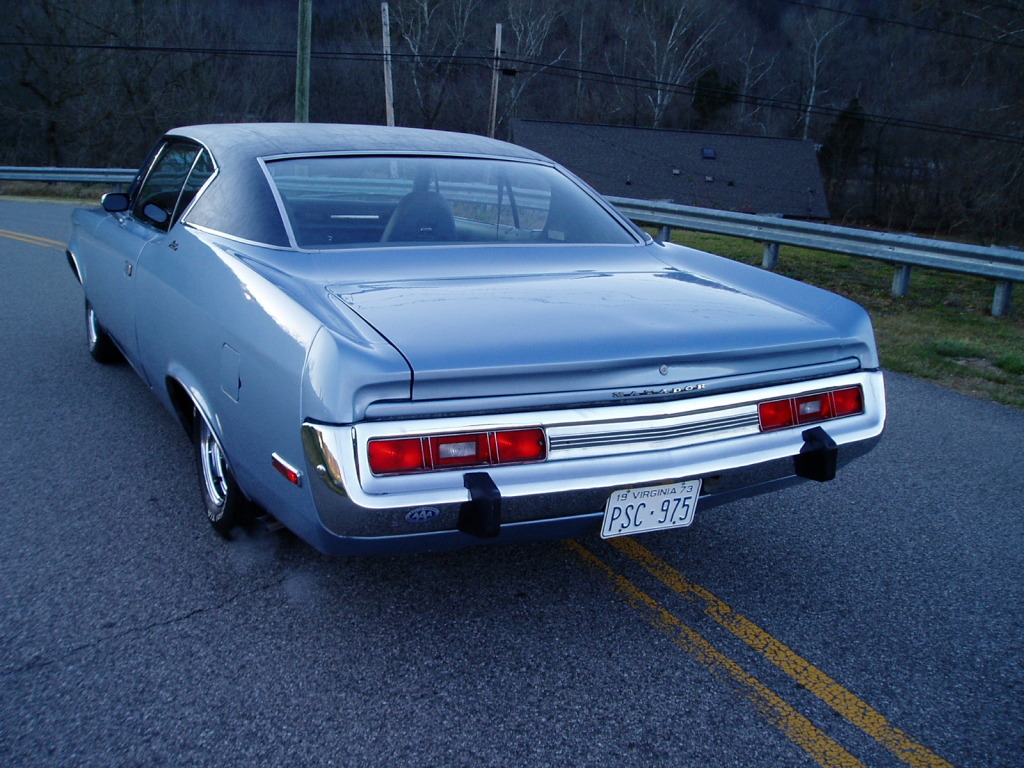 Overall we like the look/feel of a 1st gen Matador much better than the equivalent full sized beast coupes from GM/Ford. This one is claimed to have only 37k original miles on the odo – a difficult claim to back up given the nature of 5-digit odometers, but we’d certainly take a closer look if in the market for a early ’70s cruiser.