In 1998 Saleen started to modify a few Ford Explorers in the same way it had created scores of modified Ford Mustangs.  The basic Saleen recipe was to take a Ford product and add a supercharger, body kit, a few badges and significant digits to the price tag.  Saleen was one of the few aftermarket companies to be certified as an OEM, so Saleen actually issued its own vehicle identification numbers (VIN).  Internet rumor lists the total production volume of the XP8 at around 125.  Find this 1998 Saleen Explorer XP8 for sale in Fremont, CA for $13,900 via craigslist.

The Supercharged XP8 Explorer was powered by a 5.0 liter V8 putting out 286 horsepower and 366 ft-lbs of torque mated to a 4-speed automatic transmission. The example is both supercharged and all-wheel-drive, making it one of the more desirable of the XP8s and really reminds us of the old GMC Typhoon. This vintage Exploder was well known for its propensity to roll over – even though the problem was carefully blamed on Firestone tires.  Anyone who has driven an old Explorer is certainly familiar with the tippy feeling in turns, but hope that the Saleen upgrade (that includes lowering springs and struts) will make the SUV feel more stable at speed. 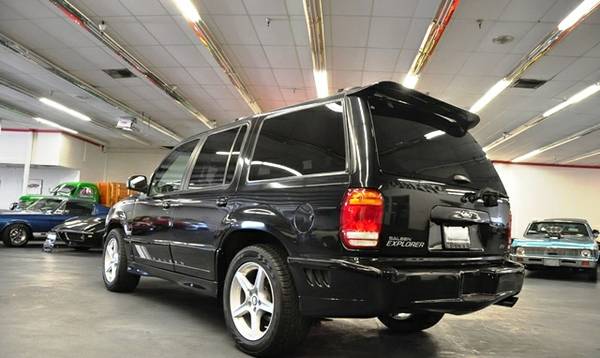