The Mazda Familia was a little family-oriented compact that was sold variously under the GLC, 323 and Protegé nameplates in North America. Here in the states we officially got the little hot rod GTX version during the 5th generation of the Familia/323, which combined the hatchback body style with all wheel drive, a 5-spd manual trans, and a turbocharged B6T 1.6L four cylinder mounted transversely under the hood. What we didn’t get however was the later 6th-gen version, but you can find this JDM import 1991 Mazda Familia GTX here on craigslist (literally, the ad says “Here” for location) in Bangor, Maine for $9500. 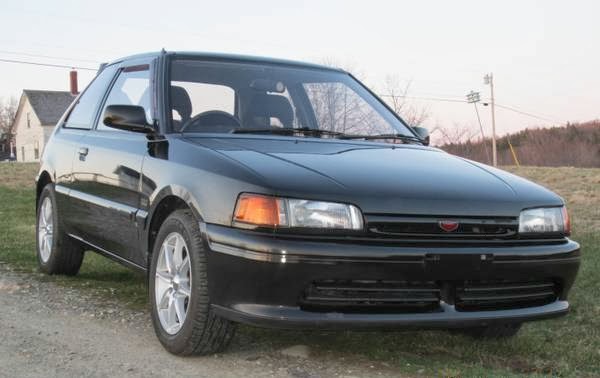 The 6th-gen GTX version came with the 1.8L BP engine, which was eventually shared with the Miata/ MX5. But here in turbocharged form it made near 182 hp as opposed to the previous generation’s 143 hp. So even if this car is completely stock it should be significantly more lively than the 5th-gen GTX (of which we’ve featured a few examples on DT). The styling is a bit cleaner, more rounded and refined. Not to mention it’s pretty uncommon to see any 323 hatchback on the road these days, let alone one with sweet (if questionably functional) double rear spoilers. 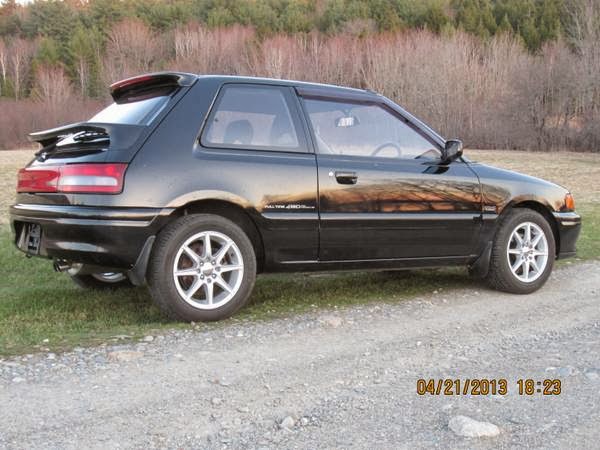 The AWD system featured viscous (i.e. clutch-type) limited slip differentials, so the added power can be put to the gravel in an even manner. This car, although being significantly less powerful than a Subaru WRX or STI, should be even more fun in the dirt based on the lighter weight and shorter wheelbase. Nimbleness is important when you’re flying sideways towards a telephone pole or roadside ditch… 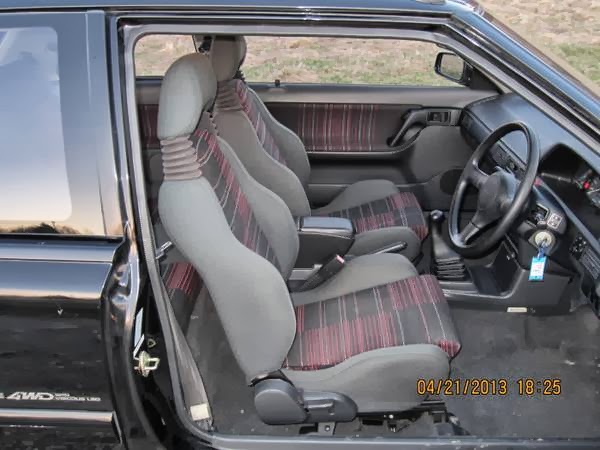 Bonus for the JDM fanboys – this Familia is right hand drive and has some very ’90s upholstery covering the nicely bolstered seats and door panels. This car would be right at home on a backroad but equally appreciated at your local Japanese car show or cruise night especially with a claimed 43k original miles. The asking price might be a bit steep for a 20 year old hatchback but there’s not much market action on 6th-gen JDM GTXs to compare this to. Something similar perhaps…Familia…but different.