The 2nd generation Mazda MX-5 Miata has a bit of a reputation for being an unmanly car, an unfair judgement on one of the better handling cars of the 20th century.   Add a factory turbocharger and you get the Mazdaspeed MX-5 — the renaissance man’s car, a well balanced combination of usefulness, style, and fun.  It isn’t a cave man (Mustang) or a Machiavelli (Ferrari), but it is the Leonardo Da Vinci of cars, a well rounded example of a car that makes the journey more interesting than the destination.  Find this 2005 Mazdaspeed MX-5 Miata offered for $10,500 in New Haven, CT via craigslist.  Tip from John. 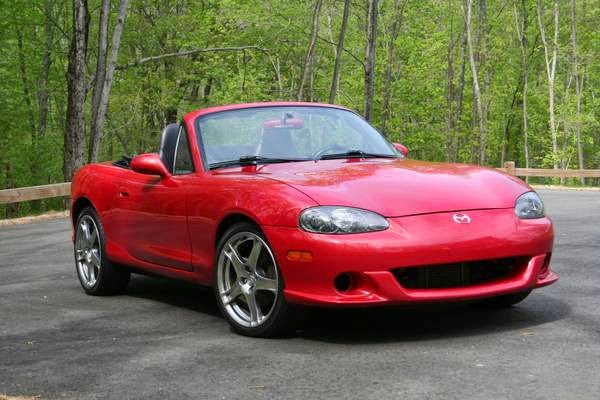 The Mazdaspeed version was only produced in limited quantities (less
than 5500) for 2004 and 2005 model years of the NB generation.  The seller includes a link to a comcast webpage that includes more pictures of the turbocharged roadster and a detailed description of the Mazdaspeed Miata. 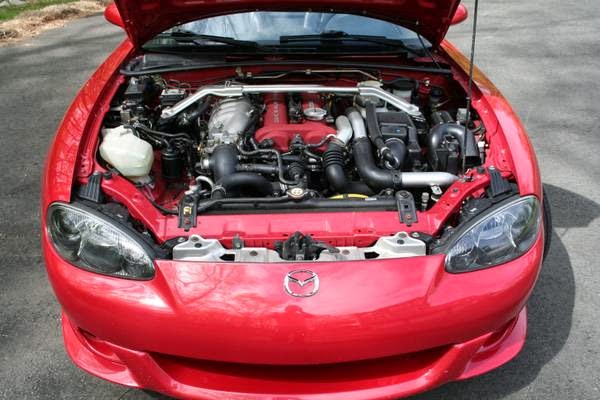 Power comes from an IHI turbocharged and intercooled version of the BP-4W inline-4, that pumps out 178 horsepower and gets the MX-5 to 60 mph in around 6 seconds (about 1 second faster than the basic MX-5).  Mazdaspeed additions also include upgraded suspension, unique wheels/tires, cool interior trim, and a 6-speed transmission. 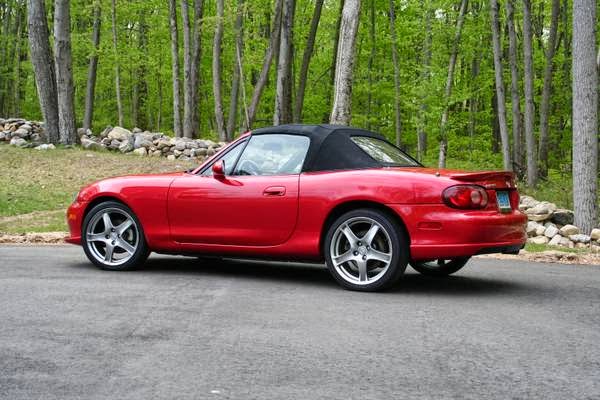