The Buick Electra was a full-sized sedan from GM and in the 3rd generation (1965-1970) if featured Coke-bottle lines and a few optional big block V8s.  The Electra shared some engines and suspension components with other C-platform GM vehicles, including Cadillac’s Eldorado, Calais, DeVille and the Olds 98.  Today’s 1968 Buick Electra convertible is offered for an optimistically priced $10,999 in Santa Rosa, CA via craigslist.  Tip from Kaibeezy. 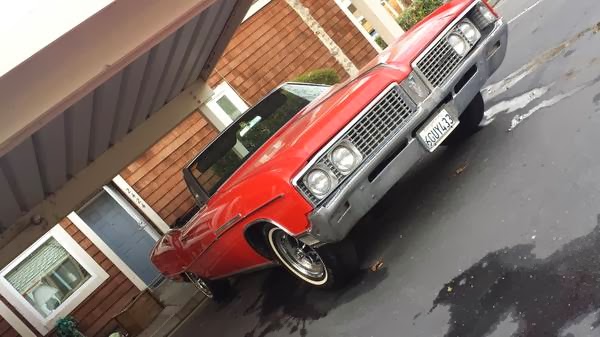 The Electra convertible makes a nice parade cruiser, but the price is a stretch with the non-stock engine and funky, but usable, interior.  Ad says that they have the ‘skirts’ which would really help
this car.  Wheels look right for a ’68 and paint looks ok but not great, although it is difficult to tell with craigslist’s 600 pix width limit on photos.
It appears the original trim has been removed in place of the ‘trim line’ side
molding which is effective but kind of cheap looking. 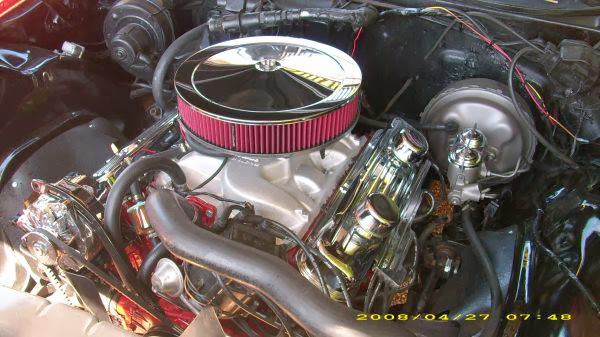 Under the hood is a later model engine from
who knows where (note HEI distributor), but with any luck it is simply the few dress up parts on the original 7.0 liter Buick V8.  Power when new was rated at 360 horsepower from the big pushrod iron lump. 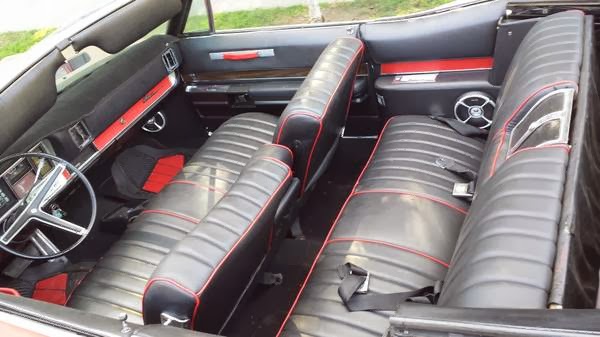 If they had used black piping instead of red on the seats, one could
overlook the pimp-my-ride speakers.  No sign of electric windows, but
it does have tilt and it is difficult to tell if it was supposed to have A/C or not.  The steering wheel actually looks pretty good and overall the interior (red piping and all) works well for the open top prom parade look. 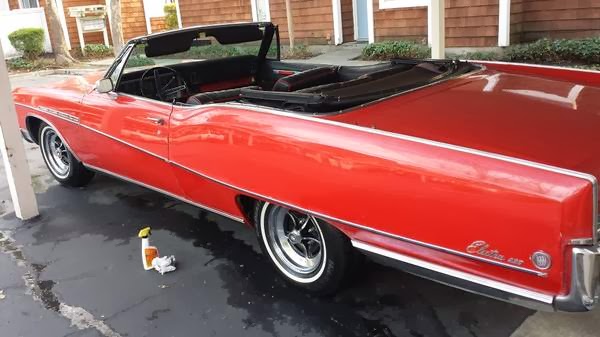