When Saab released the 9-2x wagon based on a Japanese import, it seemed like a gift from the heavens.  You get your funky Scandinavian badge with reliable Japanese powerplant, except that the car was built by Subaru…which means you get a car with plastics that look like they came from a yogurt container factory, and an engine that is powerful, but easily turned into scrap metal with extra boost.  Thankfully, sourcing a new engine isn’t too expensive and getting something with more oomph is as easy as overnight parts from Japan.  Find this 2005 Saab 9-2x Aero Wagon with EJ207 power offered here on NASIOC forums for $7,900 if you bring your own wheels or $9,000 with the current rolling stock. 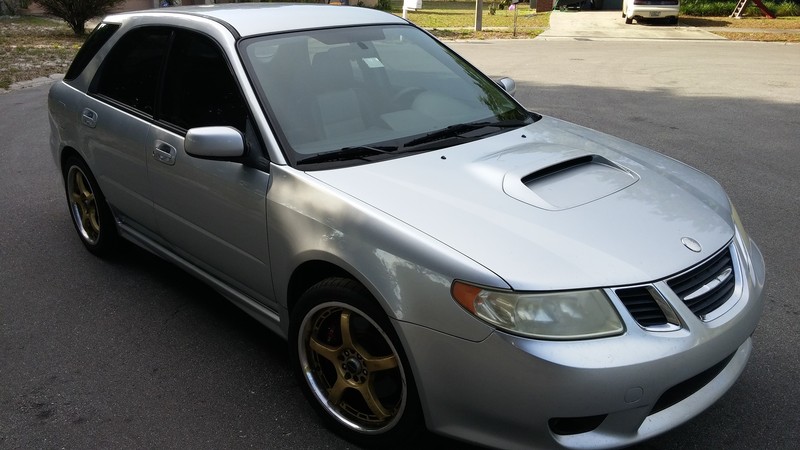 The Saabaru 9-2x tones down some of the boy racer japanime styling of
the Subaru Impreza WRX, but keeps the neck-snapping turbocharged engine
and asphalt-gripping all-wheel-drive.  The 9-2x drives similar to the US spec WRX, which isn’t a bad thing, just not the liver punishing thrill ride that is the USDM STi. 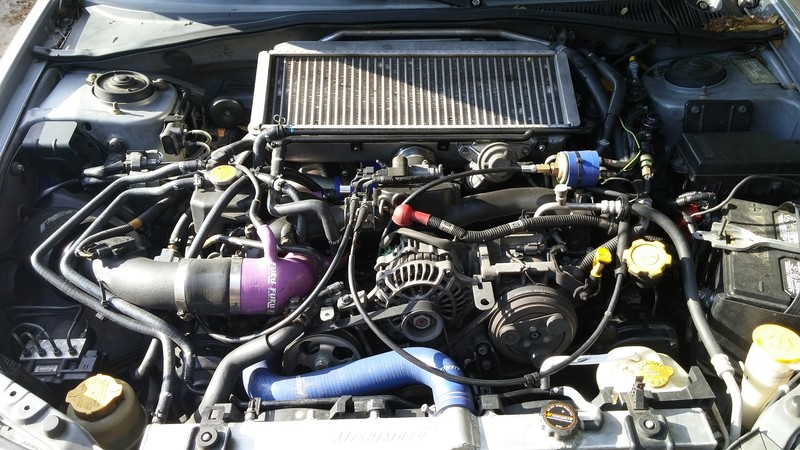 The 2005 9-2x Aero is equipped from the factory with a 2.0 liter EJ20 flat-four cylinder
turbocharged and intercooled engine putting out 227 horsepower, but this one has been given a new engine.  The EJ207 came from a Japanese STi and is now equipped with HKS Equal Length Headers, AMR Up-pipe, & FUKU Turbo Inlet — expect it to be louder, faster, and closer to spilling its metal guts on the highway. 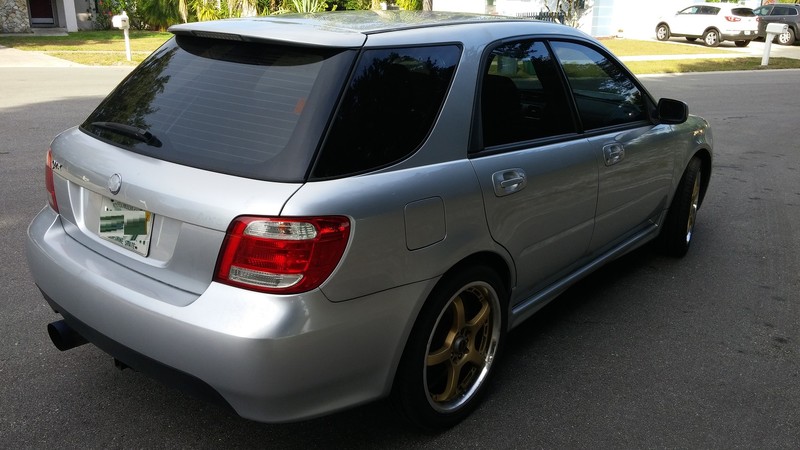 See a faster wagon for sale? Send it here: tips@dailyturismo.com