It doesn’t get much more horrific than a custom car built on a horrible chassis with mediocre components, questionable build quality, is unfinished…and the seller is asking premium price.  No, we aren’t talking about a brand new Fisker Karma – we are talking about this Custom Built Chopper Transport Horrorod for sale on ebay starting bid $10,000 with no reserve and located in Livingston Manor, Sullivan County, NY. 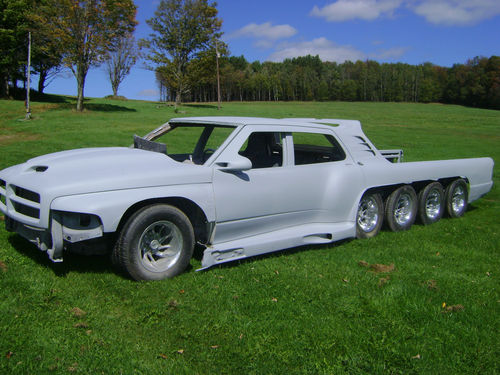 So much win in just one photograph, where do we start?  This ‘Chopper Transport’ is a ‘custom’ vehicle using a GM front wheel drive engine/trans to pull the rest of the wreck around, still installed the unit body structure from some unidentifiable 1980s GM FWD slushmobile sedan that served as the basis for the entire project.  Particularly noteworthy are the 8 un-driven (!) rear wheels that are just along for the ride, Dodge Ram hood and welded together front/rear doors. 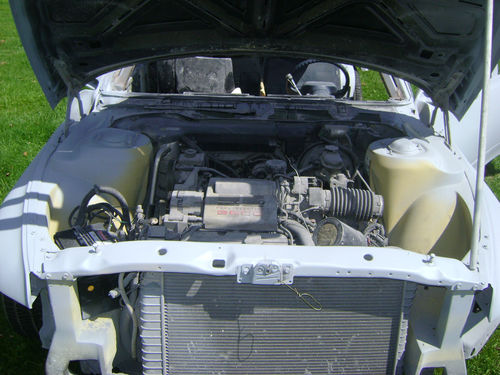 Pop the hood, with a coat hanger, and you reveal a primer overspray covered 3800 GM V6 – also known as the 3.8 liters-per-flush urinal special.  We won’t even bother discussing the specifics of the GM V6 other than to say its mated to a slushbox and makes about as much horsepower-per-liter as an actual urinal. 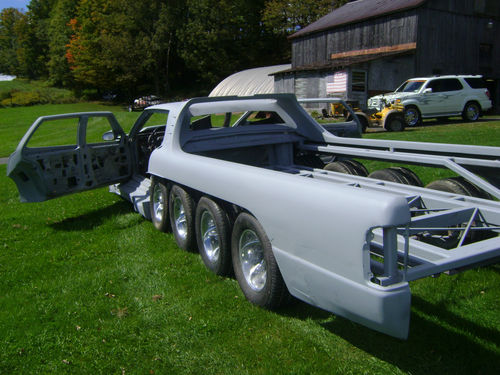 No photos are seen of the inside – but its a pretty good assumption that it is a) unfinished, b) covered in primer and c) ‘custom.’  We are still awestruck by the door assembly and we’d expect it would be somewhat difficult to park without door-dinging the guy next to you, not to mention the 24 foot stock length. 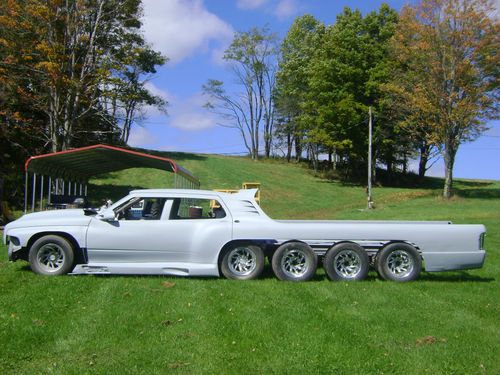 The seller is stingy with details, but he does mention that he has Nissan NSX headlights…but seeing as how Nissan never made an NSX (Honda sold one under the Acura brand a few years ago…) we aren’t sure what would fit the Dodge Ram front end other than Dodge Ram headlights.

We imagine that the only custom chopper this will ever haul is the fake corpse of a Michael Myers wannabe Halloween decoration scarecrow that should by all rights be permanently installed inside a coffin on the obscenely long rear deck/bed…thing. Seriously – what else could this monstrosity possibly be used for?

See another Horrorod for sale?  email us here:  tips@dailyturismo.com  – you could be the one to win the free t-shirt!