In the 1980s Ford Motor Company decided to try importing some of its European spawn from Ford-Werke GmbH in Germany…back home to the US. The only semi-successful fruit of the so-called “Merkur” brand program was giving the US buyer access to the Ford Sierra, an aero-styled RWD replacement for the Cortina and sort of the more sophisticated cousin of the Fox body Mustang. In the US, the turbocharged version was sold as the Merkur XR4Ti to make it sound fancy and German, and today represents a cool alternative to the Mustang SVO for the turbo-four RWD Blue Oval fan. Find this 1988 Merkur XR4Ti

with uberlow-mileage  for sale in Barberton, Ohio with bidding over $7k on ebay. Tip from Rene. 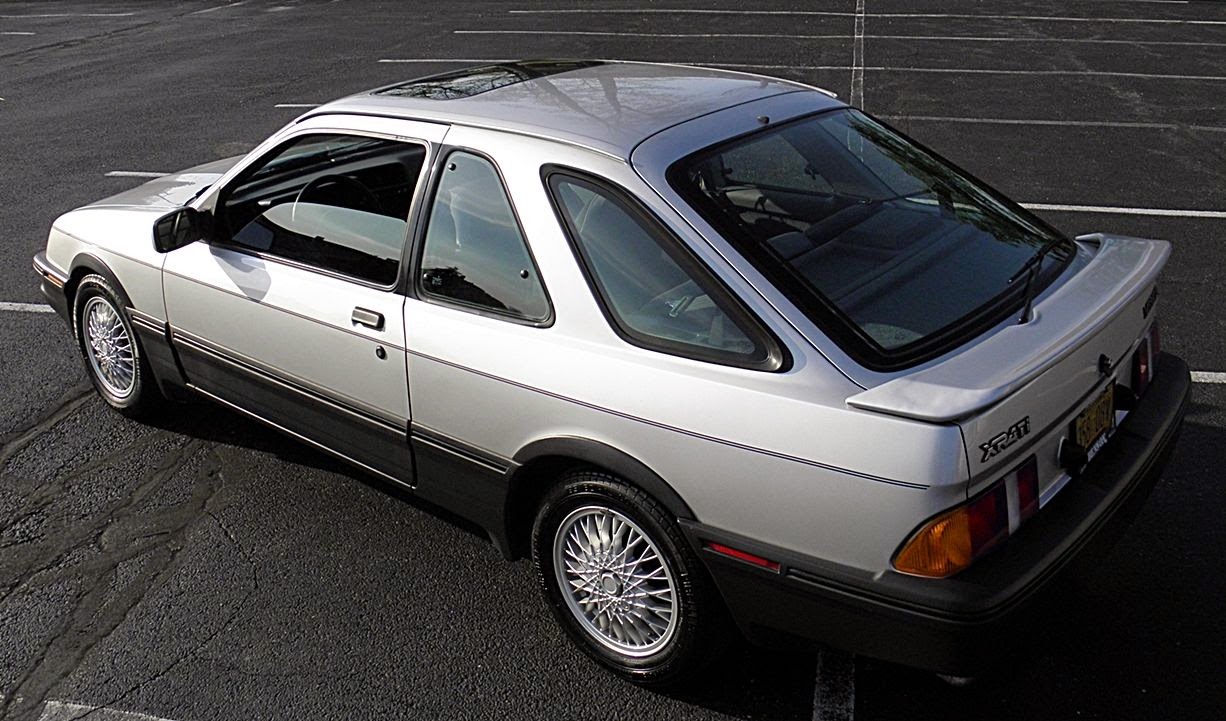 The Sierra was offered in a veritable cornucopia of body styles: 5-door hatchback, 5-door wagon, 3-door hatch (with two variations in side windows/pillars), 4-door sedan, and even a Rancheroized Ute pickup in South Africa. But when its identity was valmorphanized into the Merkur XR4Ti for American consumption, only one body was imported – the multi-pillared 3-door. 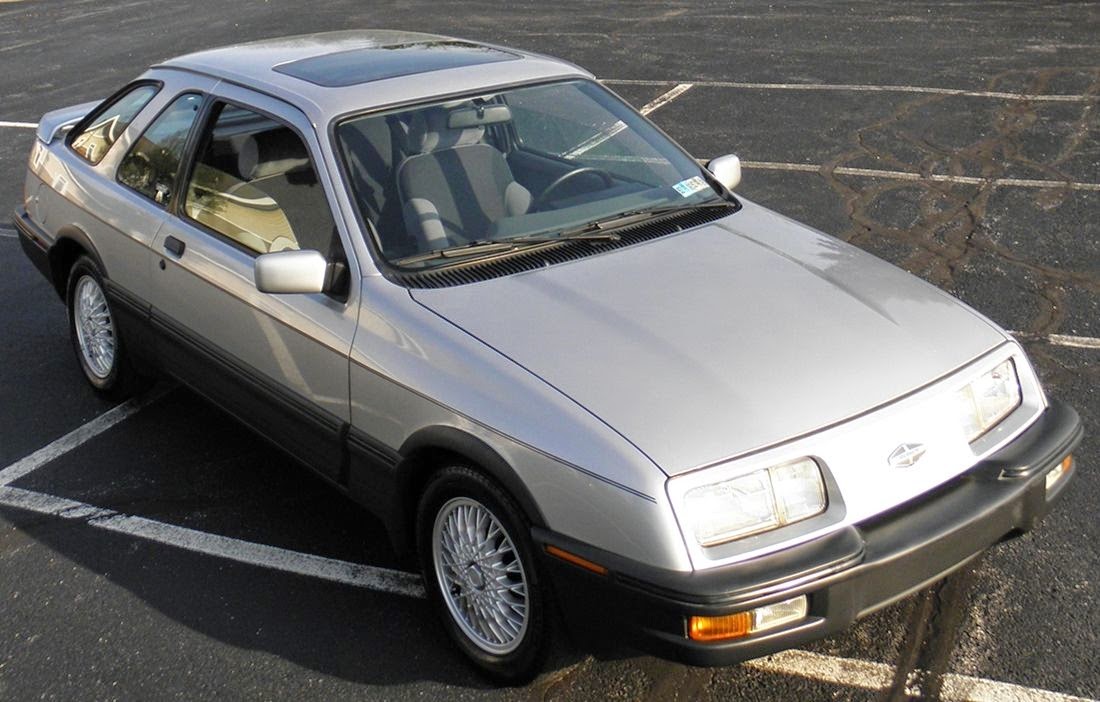 The XR4Ti is referred to colloquially by some as the “X-Ratty” because if you change the 4 to an A, that’s approximately what the name would spell. This particular car is far from ratty however – it is claimed to have less than 5k miles on the odometer due to a long slumber. Stored in a garage like a veritable automotive Rip van Winkle, this horse’s cousin has been roused from the stable, long beard shaved off, and scrubbed and groomed to look presentable for sale on ebay. 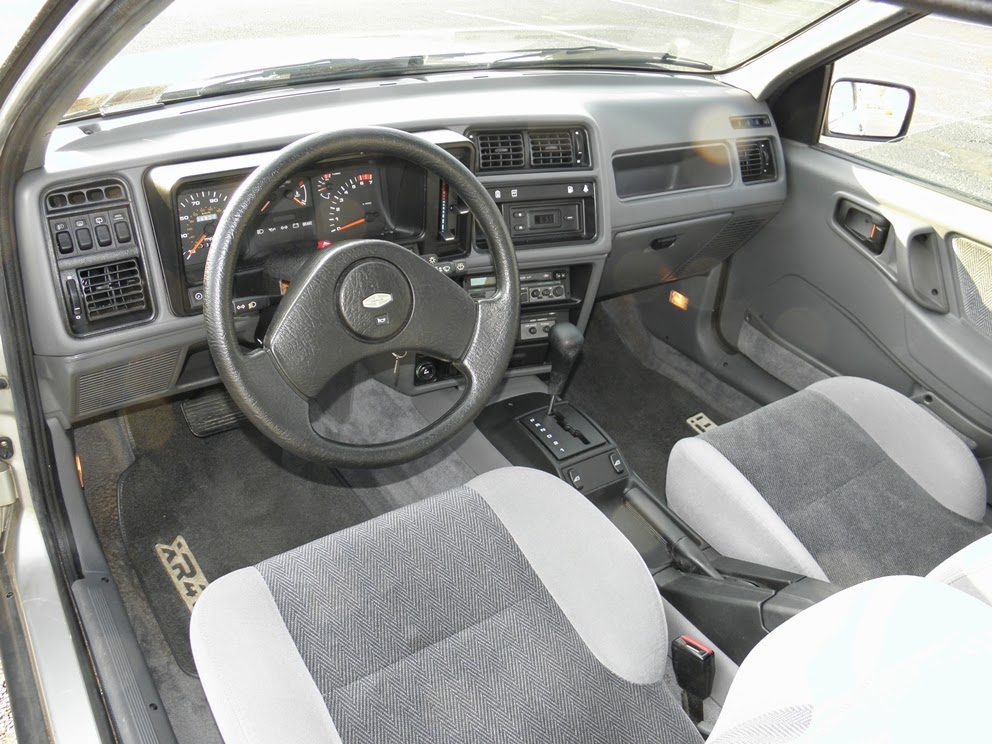 It’s being sold by a Merkur parts dealer which is probably a good sign; I’d hope this seller is supremely knowledgeable on the ins-and-outs of these machines and is being thorough and honest. The car still looks a bit bleary-eyed from being woken up so rudely after its 22 year nap but seems to be in amazing condition (at least visually). The interior looks barely used and all paint and trim appears new, nice and shiny. Hopefully that 145hp 2.3 liter turbo 4-cylinder with its Garrett T3 turbocharger fires up readily and sounds healthy. It’s the same basic engine found in the Mustang SVO and Thunderbird Turbo Coupe, which means parts are cheap and plentiful. 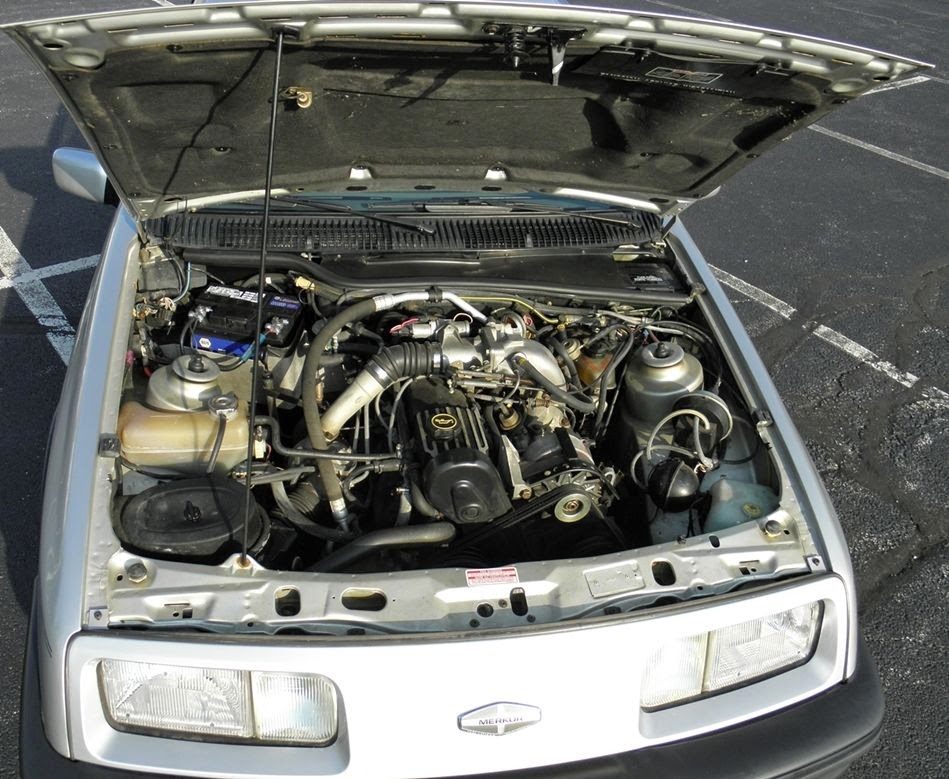 But the stark reality is that even sitting for a few years (let alone a few decades) is terribly hard on any car. Parts that look fresh and new will expire soon after being back into service – especially rubber seals, gaskets, bushings, and anything relating to the fuel system (which is claimed to be refreshed here). Apparently this car comes with its original tires which is a great conversation piece – but for the love of all things old and dryrotted – do not drive on them! Tires aren’t designed to last even 10 years in normal service independent of wear. Old ones can come apart internally with alarming severity, so best to put these on the shelf as the seller recommends. Oh yeah, it has a slushbox – bummer!

The seller also provided a photo album on ebay which can be seen here.