There was a time when front wheel drive Acura/Honda was a surprisingly close competitor to something like Ford’s Mustang in terms of performance.  The 4th generation (1991-1996) was as quick as a Mustang GT to 60mph and had handling that could keep up in the curves — despite the obvious handicap of front-wheel-drive.  The next generation Prelude was a better car in every aspect, but the competition was finally starting to figure out how to get power from 5+ liters of displacement and the little Honda faded out of existence after 2001.  Find this 2001 Honda Prelude SH offered for $8,950 in West Hollywood, CA via craigslist.  Tip from Andrey. 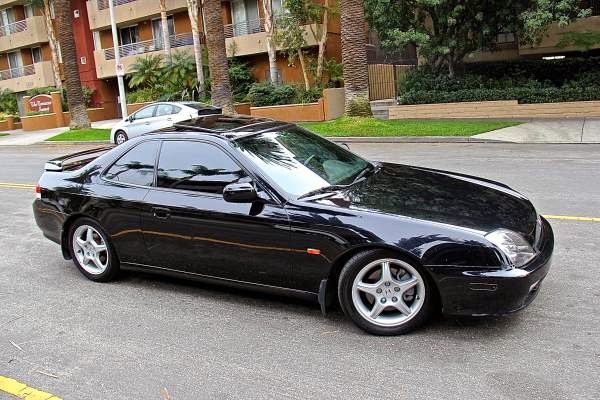 This isn’t the average Prelude that has been tuned to run 10 second 1/4 miles by the Fast and Furious crowd, this is a minty clean, all original example with only 52k miles on the odometer.  If you think that front drive Japanese cars will become investor grade classics someday in the future, this is the one you want. The Prelude is powered by 2.2 liter H22A4 inline 4-cylinder engine, good
for 195 horsepower, but that is only when VTEC kicks-in-yo.  Actually
the H22 does have a surprising amount of torque at low rpm and the VTEC
setup helps the off idle performance as much as it helps high end power. 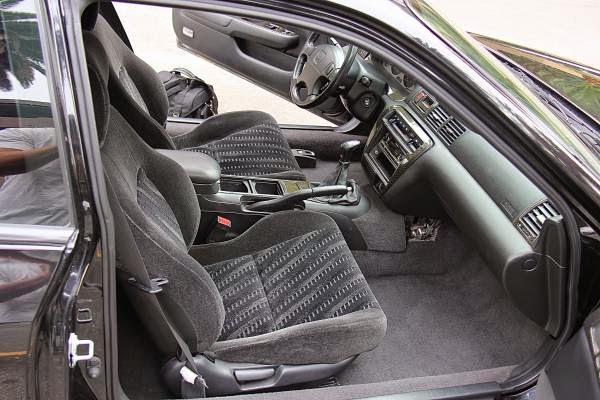 Inside, you’ll find a set of decent looking cloth seats, un-cracked Japanese plastic dash, door, trim pieces and a large manual shifter.  The Prelude, like most Hondas, features one of the nicer snick-snick feeling gearboxes in the business. 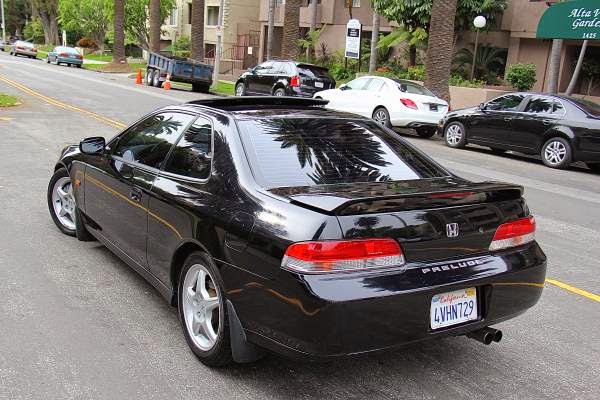