The MGB was in its final year of production when this next example rolled off the assembly line at British Leyland. What was once a classic roadster was now an overweight punch line with few buyers at the showroom. The bean counters, management, labor unions, safety nazis, and politicians had taken their toll on the British automotive industry and competition from the axis powers was eating up buyers. But the question we are all asking is, will an infusion of torquey American V6 make it better or worse?  Find this 1980 MG MGB here on eBay 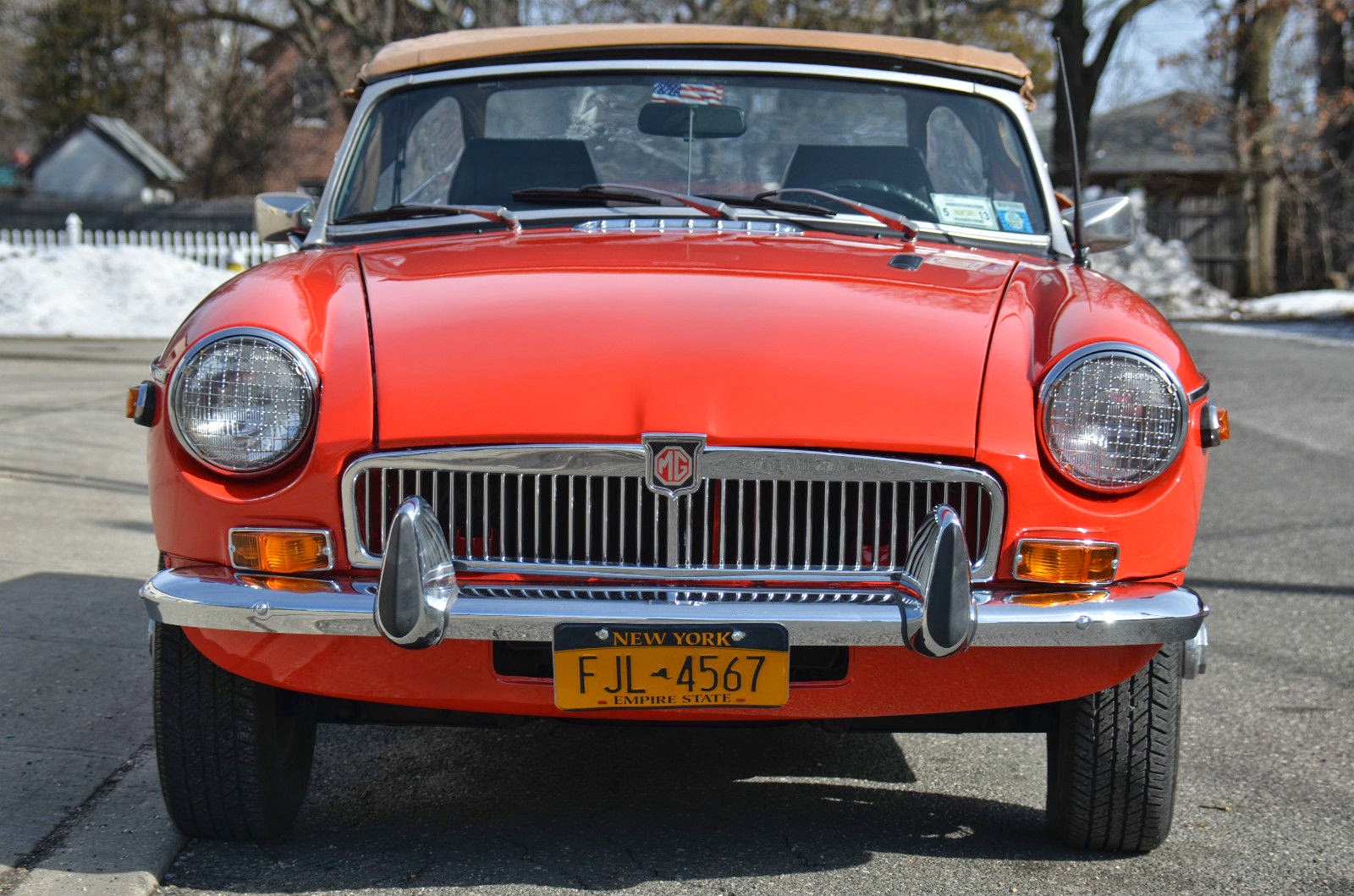 The MGB was a handsome 2-seater replacement for the outgoing MGA and built starting in 1962. Somehow the MGB managed to survive the hangman’s noose and survived all the way until 1980 when she was canceled for good. While most vehicles get better as engineering refinements hone them into finely tuned machines, the US market MGB regressed in just about every conceivable notion as time marched on.  Later cars are not only slower (more weight and more power sucking smog parts), but they also feature hideous bumpers and raised ride height due to US headlight height requirements (Don’t redesign the headlights Nigel, just raise the car!  Reginald, that is Brilliant!!). This one has had its rubber bumpers replaced with classic chrome bumpers, but the 4X4 ride height and MGB rocker stripe indetify it as a child of the 80s. 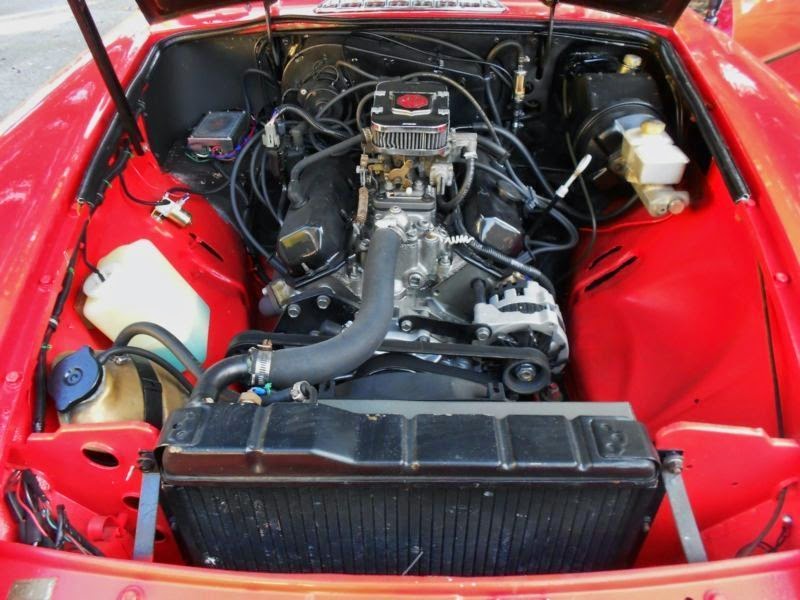 The B-series inline4 that would have come from the factory is long and in its place is a 2.8 liter Chevy V6 from who knows what, breathing through a carburetor. Good luck if you live in a locale that enforces emissions equipment inspection. 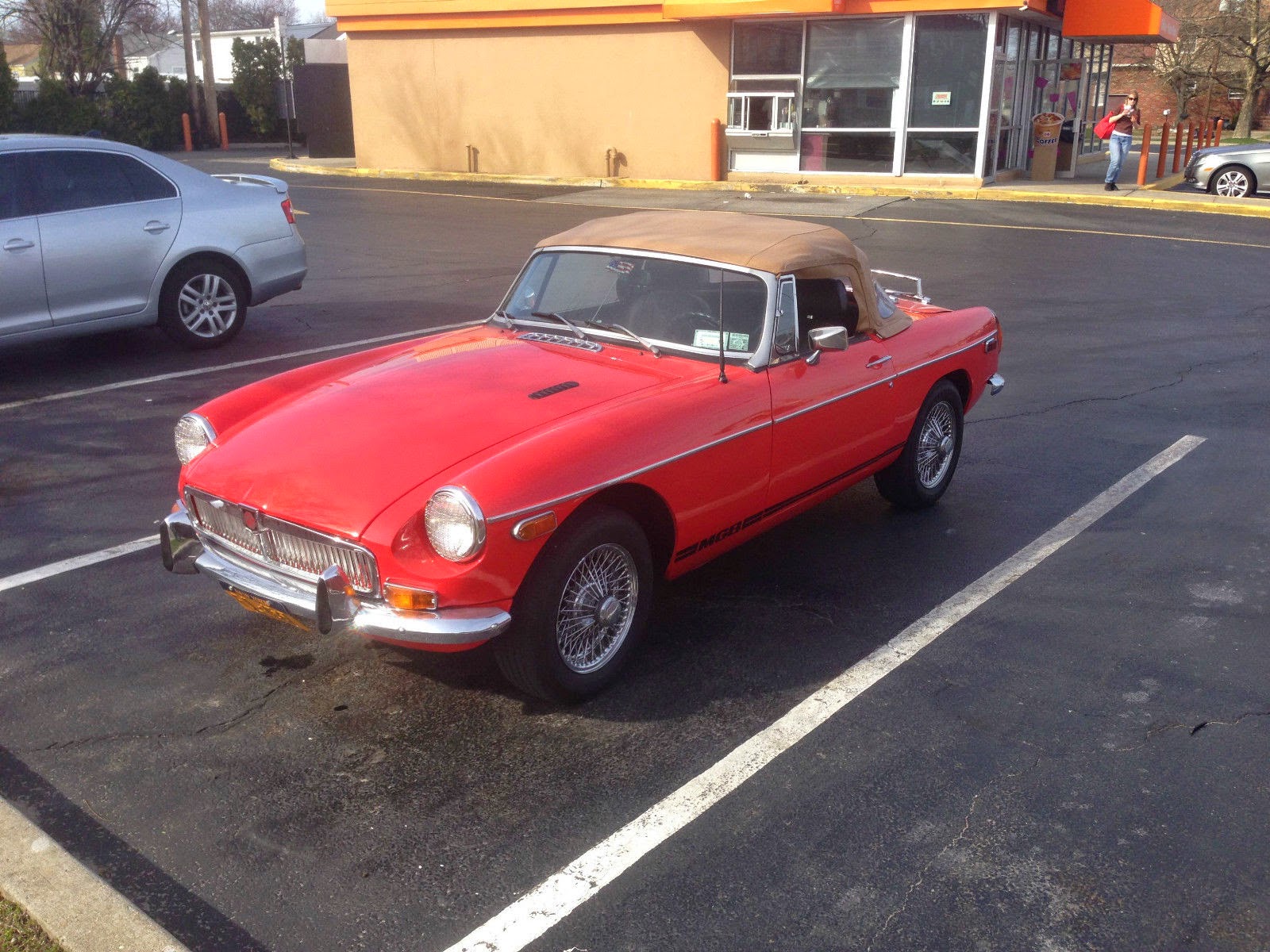