The Porsche 912 was introduced in 1965 as an entry level companion to the Porsche 911.  To save costs,  it used an updated version of the pushrod flat-4 type 616 engine from the Porsche 356 SC.  For years the little brother of the 911 was very affordable, but in the past decade the prices have shot up as saving fuel and driving slow has become cool.  If you prefer to not experience the thrill of trying to merge into modern traffic with 102 aircooled horsepower, perhaps you might consider this 1969 Porsche 912 Chevy V6 Swap

currently bidding for $8,251 with a few hours to go on eBay, located in Las Vegas, NV. 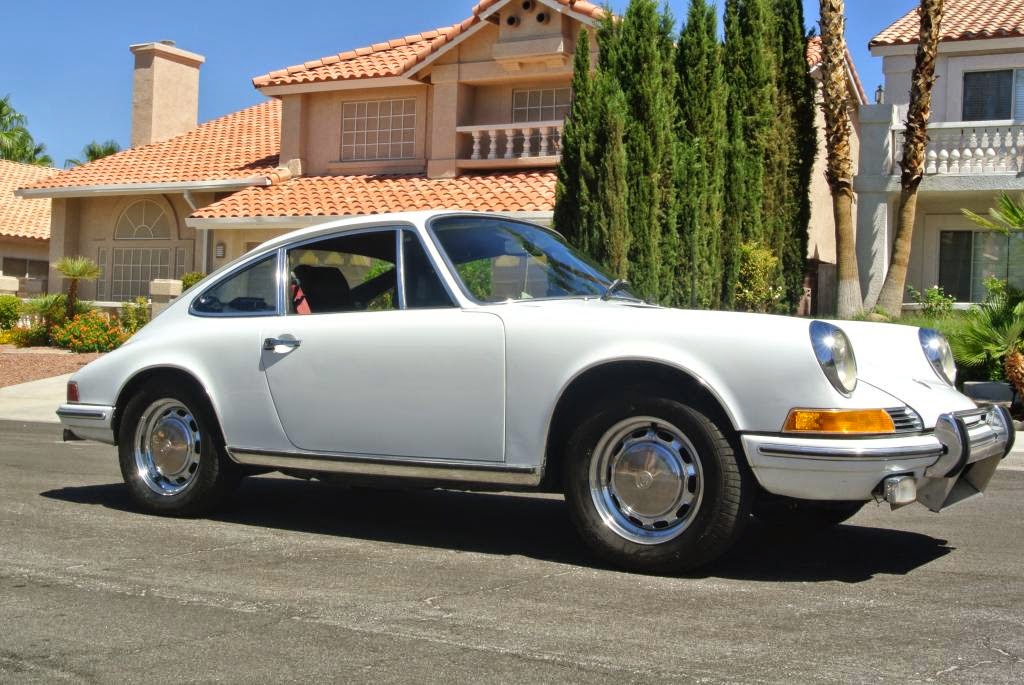 Thankfully the builder of this car has left the exterior cosmetics alone and hasn’t plastered some Chevy logo on the side or bolted on a giant whale tail.   The only clue that something strange might be going on is the remarkable noise that emanates from the twin tailpipes (the stock 912 only had a single exhaust outlet) and the large air scoop under the front bumper. 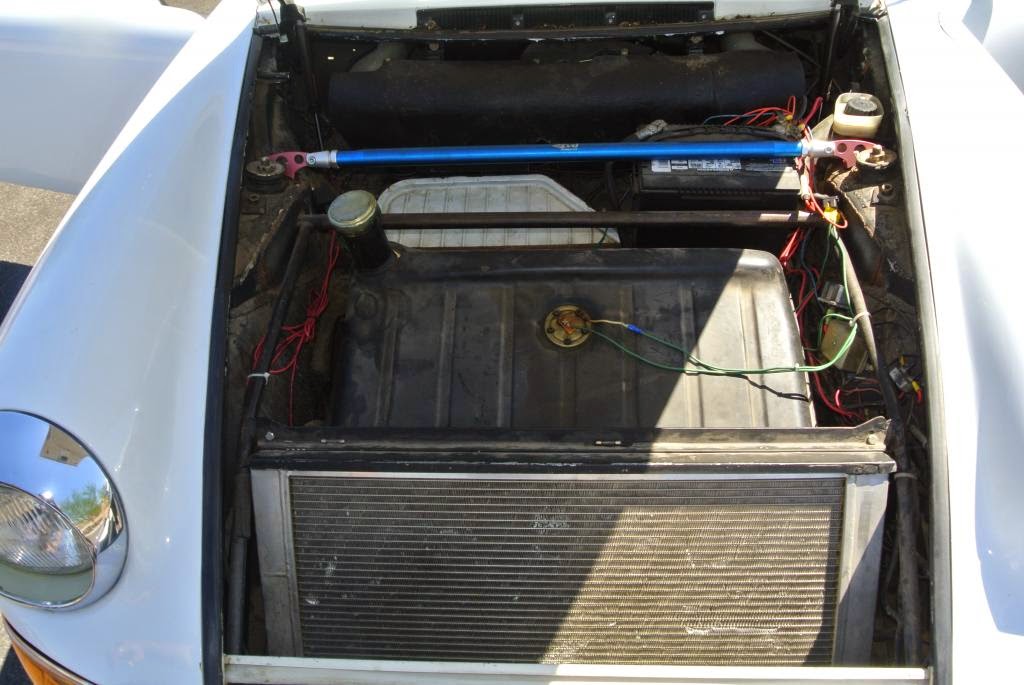 Pop the frunk and it is immediately clear that something major has been done to this 912 — a large radiator is mounted at a jaunty angle and thick pipes run back to the rear of the vehicle under the chassis frame rails. 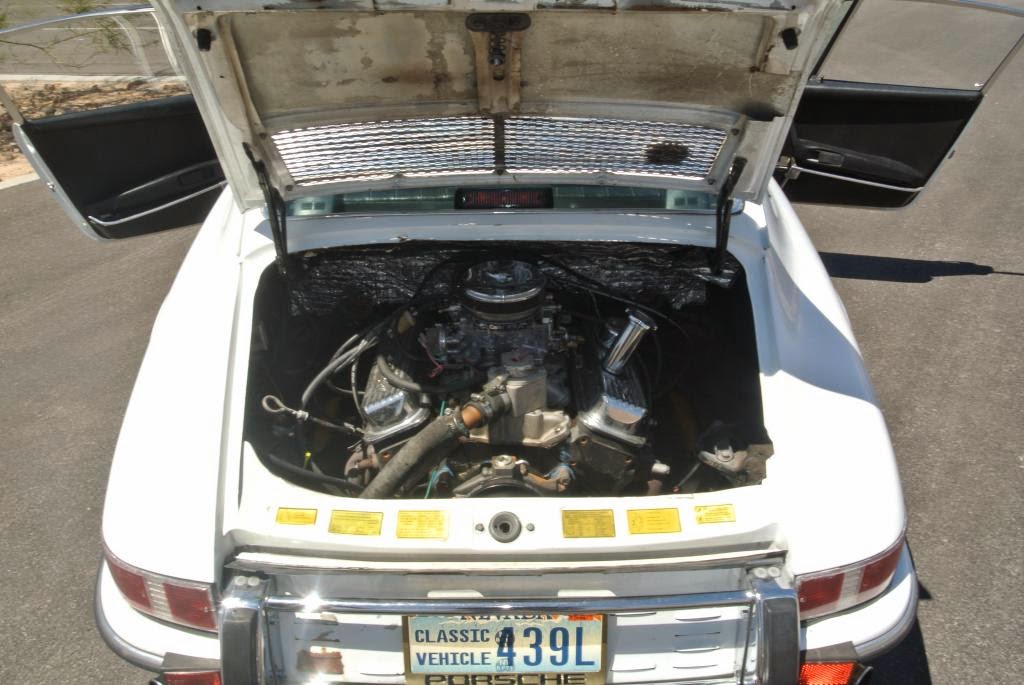 What at first glance might be mistaken for a Chevrolet V8 is, in fact, a V6 from an undisclosed donor vehicle putting out an unknown amount of horsepower.  Strange that the seller does not disclose the engine size or vintage, but this forces any serious bidders to pickup the phone and ask a few questions.  That is probably a good idea on any eBay motors auction you’d ever consider about bidding on. 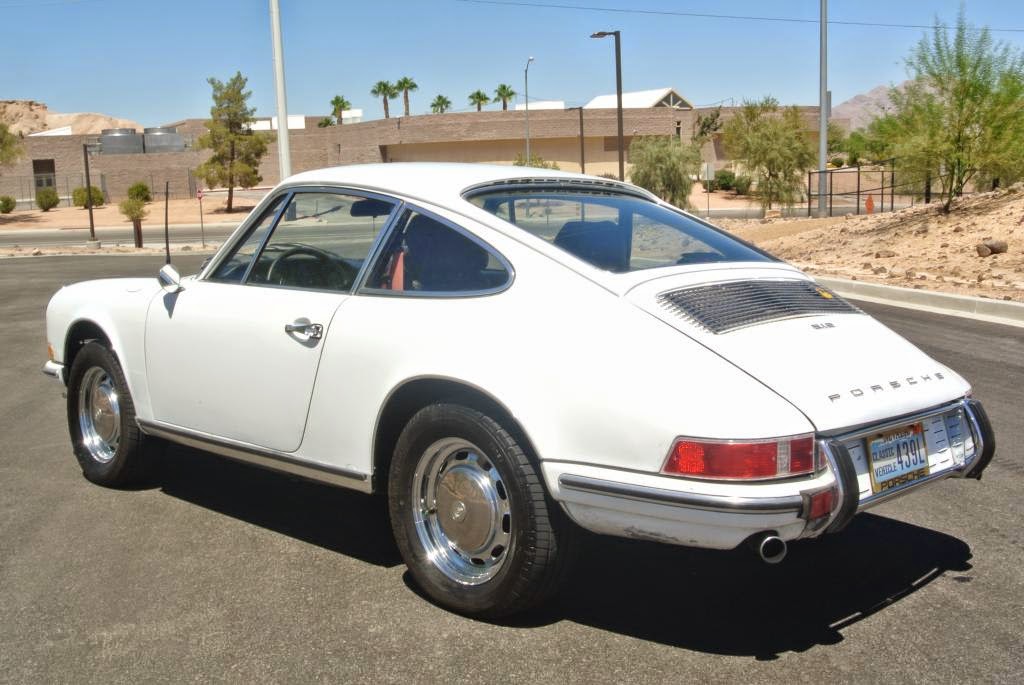 See a better way to drive a 60s 911 for cheap?  tips@dailyturismo.com