The bulk of this writer’s experience with European car culture has been in eastern France, where draconian laws dictate that classic cars must be original and modification is almost banned.  It isn’t as bad as Shanghai, where customizing a car is punishable with hard time in a Uyghur prison camp, but compared to the USA, the customizing scene is pretty tame.  Italy is more of mystery to me (having only spent time there as a tourist) but it seems that the laws must be based on Texas vehicle code and turning your 2CV in a faux tanker truck/buffet is just another weekend filled with welding fumes and cheap Chianti.  Find this 1980 Citroën Dyane Faux Tanker/Buffet offered for 7.200 € ($9,300 at time of printing) in Merano, Italy via subito.it. Update, I originally called this piece of tanker-art a 2CV per the
sellers suggestion, but Jalopnik Editor-in-Citroën Jason Torchinsky
pointed out that this is a Dyane…and 2CVhoonage said it might have started as the panel van version of the Dyane, called the Arcadyane. 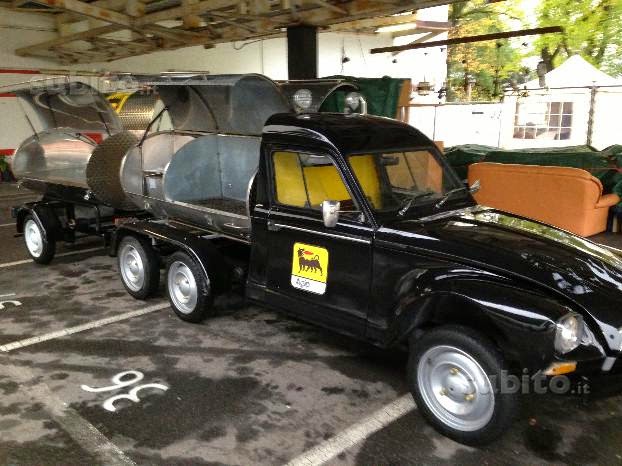 I don’t speak Italian, but I do have some Italian ancestry as well as unverified suggestions that my grandfather was involved in the New York organized crime scene many years ago. The Mafia wasn’t really organized per se, and the accusation of oranization was really levyed by overzealous Irish policemen and WASP prosecutors, some of whom form the rest of my ancestry…anyway..I am going to conjure up some of my inner Italian roots to translate the seller’s advert without the aid of “free” online translators or formal education. 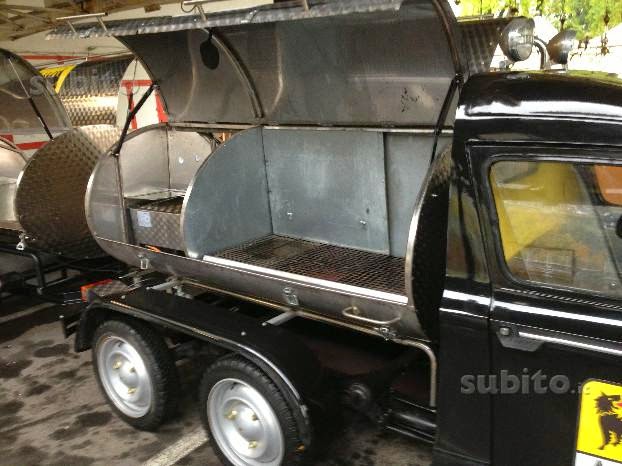 Hey Paisano, this thing is majorly modified with 3 BBQ grills with gas and a little pork fat

ONLY CALL ON THE TELEPHONE, EMAIL ME, I BREAKA YOU FACE, CAPISCE? 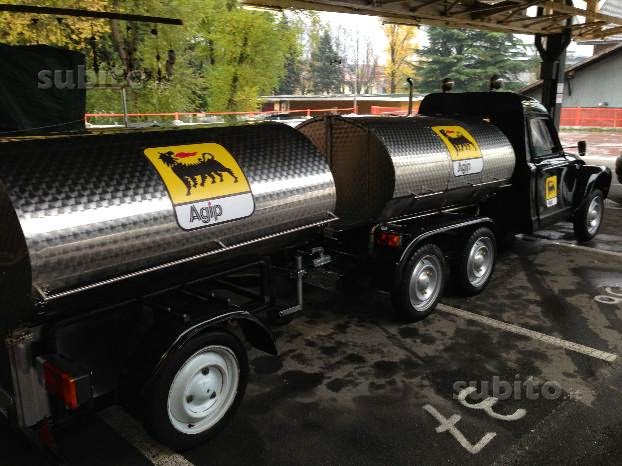 The coolest part of this vehicle has to be the Agip logo, which according to Tigaz.com is: The six-legged dog was designed by Luigi Broggini (famous sculptor, designer and painter) in its original form, in 1952. Symbolic meaning of the trademark was disputed a lot, but according to the official explanation of the company, six legs of the imaginary animal are references to an automobile’s four wheels and the driver’s two legs, while flame coming out from its mouth represents the energy itself. This modern centaur reminds us to legendary figures of the Nibelungen, or to imaginary-real animals of African mythology, with more than the normal number of legs of them signify uncommon strength. 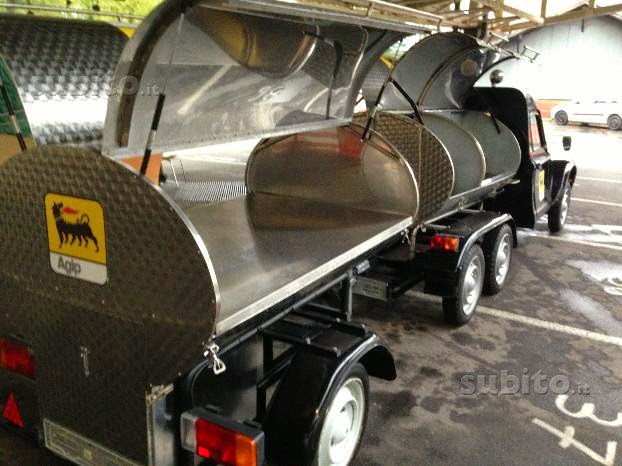 See a better vehicle for staring a Gourmet Food trailer to free hipsters from their mom’s hard earned cash?  tips@dailyturismo.com