The 1971-1973 Ford Mustang is technically part of the first generation of Mustang, but it was the 4th cosmetic overhaul and was much more of a beast than the original pony car.  Size was added in every dimension and curb weight was up a 1,000 lbs over the 1964.5 models.  It was like adding a full compliment of NFL linemen to the early cars and the resulting vehicle needed larger engines, bigger brakes, more suspension travel…so the bloat continued like a federal gov’t budget.  Hate it, sure, but you can’t deny that a green 71-73 Mach 1 has an incredible presence in person…sorta like a cross between Jabba the Hutt and Yoda. Find this 1973 Ford Mustang Fastback Mach 1 for sale in LA Area, CA for $9,900 via craigslist. 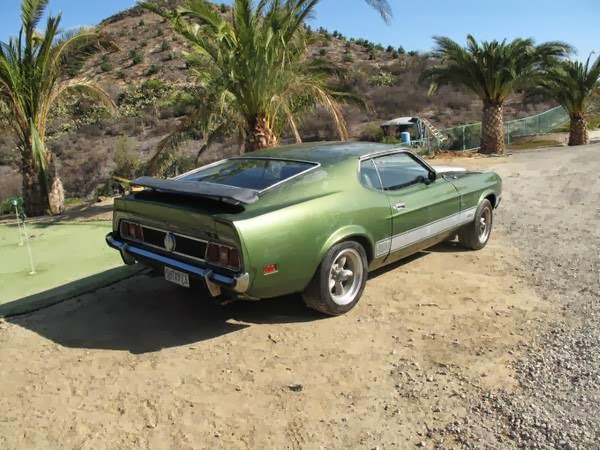 Let’s face it, the days of picking up a cheap 65-70 Mustang Fastback in non-rusted-out condition are long gone, but the 71-73 fastbacks are still affordable…probably because they are equipped with smog choked V8s and the previously mentioned lead underpants.  The seller mentions this one is equipped with a 351 cubic inch V8 and 4-speed manual, but in 1973 the Mustang had 3 to chose from, so it could be the 2-bbl Cleveland at 177hp, 4-bbl Cobrajet with 246 hp or 4-bbl HO with 266 hp. 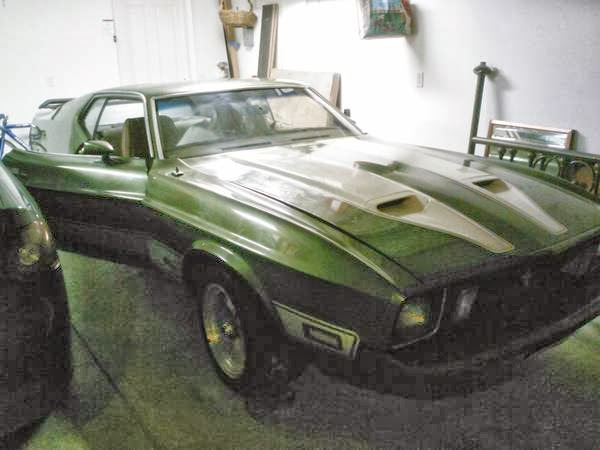 The pictures aren’t best quality, but there is no denying a certain cool factor of an old fastback.  One of these beasts (in yellow/black) was the original Eleanor from the original Gone in 60 Seconds….so there’s that too. See a better classic Mustang for $10k? email us here: tips@dailyturismo.com