Automobiles built in the 1920s are generally worthless as daily drivers and typically slower than 3 legged Giraffe pulling a plow uphill.  That doesn’t mean there aren’t plenty of folks who collect them and enjoy the old timey feel of a pre-war original.  Find this 1922 Oldsmobile 43A Skeeter offered here on craigslist for $11,500 in Petaluma, CA via craigslist.  Tip from Kaibeezy. 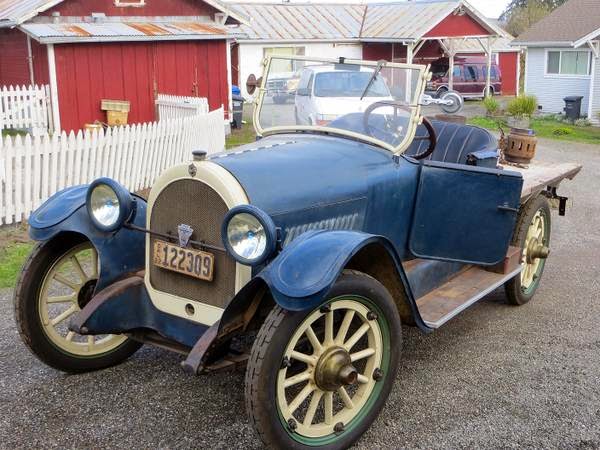 The Oldsmobile 43A was quite an advanced vehicle for its time, it featured a large displacement (224 cubic inch) overhead valve 4-cylinder engine that featured 3 main crankshaft bearings and was rated at 40 horsepower.  Of course this technology and performance came at a price, the 43A cost almost 3 times as much as Ford’s Model T.  Today the price difference has narrowed considerably, and this pickup version looks like an interesting way to drive something from the 20s. 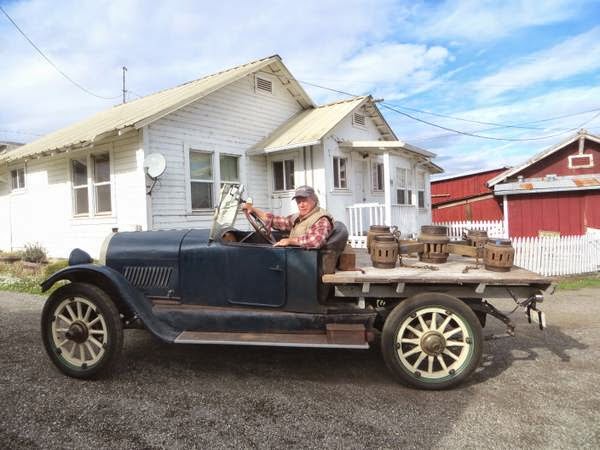