In 1949 the Packard Motorcar Company celebrated its 50th year of building sleek cars, but by 1957 the Packard name was gone for good.  In 1950 Packard entered 7 models in the 1st Carrera Panamericana road race held in Mexico from 1950-1954.  In the same year this 1950 Packard Eight 2-Door “Bathtub” left the assembly line and began its long journey to where it sits today.  Find it here for sale in California’s garlic capital, Gilroy, CA for $10,000 via craigslist.  Tip from KBZ 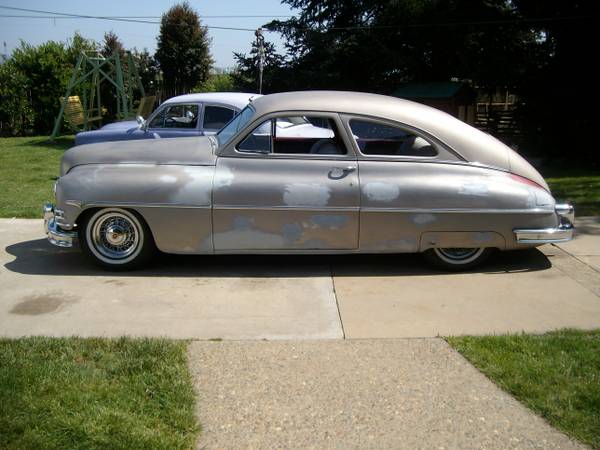 This Packard has been lowered, rides on wire wheels with whitewalls and has a single straight pipe…but it has original 63 year old paint, which unfortunately is mostly covered with filler/primer where body work has been partially completed.  We would honestly prefer if it still have the original dents/dings and no primer, because as it sits now it definitely needs a paint job.  Before it could have been considered “a patina’d survivor” but now it is an unfinished project. 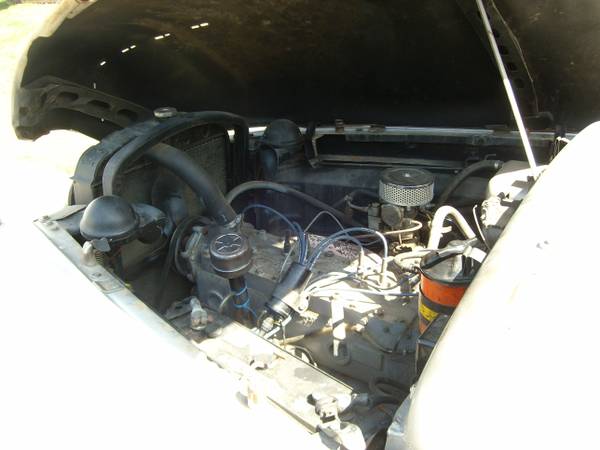 The power under the hood of the 1950 Packard is a 346 cubic inch (5.7 liter) inline-8 that puts out approximately 160 horsepower.  The straight-8 ultimately gave way to much lighter V8s, but not before putting up a long fight.

As previously mentioned, numerous Packards competed in the Carrera Panamericana in the early 1950s and famously one took the life of two Mexican road racers (José Estrada and Miguel González) ultimately leading to the banning of future races in 1955. 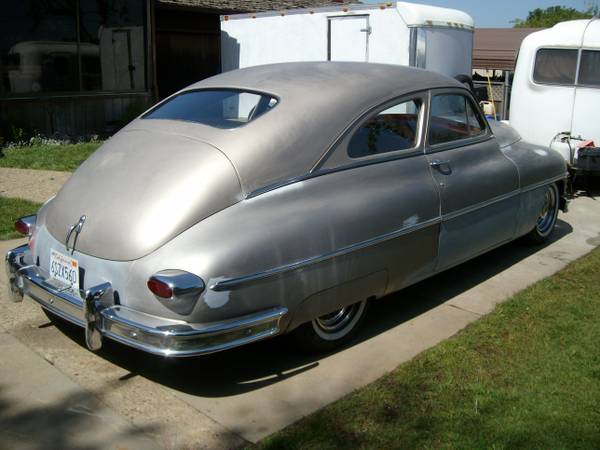 In truth this Packard isn’t going to be a great Daily Turismo for anyone sane, but it could be an awesome project for not too much money and would look great with a new paint job and a set of era correct CA yellow plates.