If you’re anything like us here at DT, you are always on the lookout for a cheap, cool workhorse to haul your junk, be it the family, the boat, the Lemons car to the next crapcan race, an engine home from the junkyard you were able to pull just before they closed at dusk…whatever! When it comes to haulers, GM’s Suburban is hard to beat for its combination of simplicity, large interior volume, strength, and reasonable prices. This 1971 C/20 Suburban is based on one of the best-looking generations of Chevy truck and seems to be in great shape for the price, even though it is minus one door compared to later versions. Find it here on AutoTrader Classics for $9900 in San Diego, CA. Thanks to AbnMike for the tip! He says “I haven’t seen it in person, and if I wasn’t jonesin’ for a 70s Alfa GTV or 2002tii like a neglected housewife in the 50’s needed over the counter amphetamines this would already be parked next to my house.” 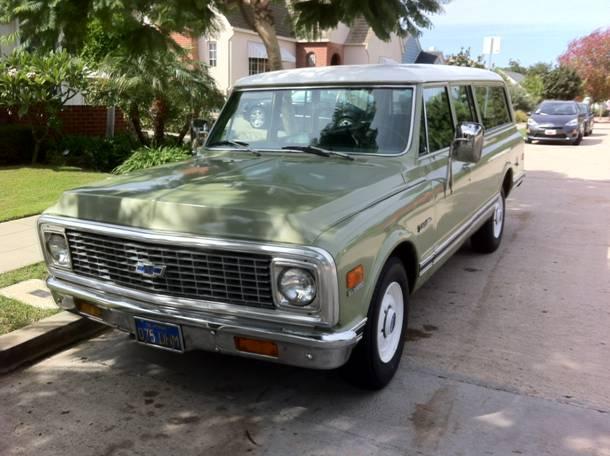 The C/20 nomenclature designates that this truck is 2-wheel-drive (C as opposed to K) and is a 3/4 ton model (20 vs. the 10 for base model 1/2 ton equipment). That sounds like the makings for a perfect over-the-road hauler for all manner of heavy stuff…either inside or behind the beast. The blue & yellow plates look original for ’71 so chances are good that this is a rust-free CA native. 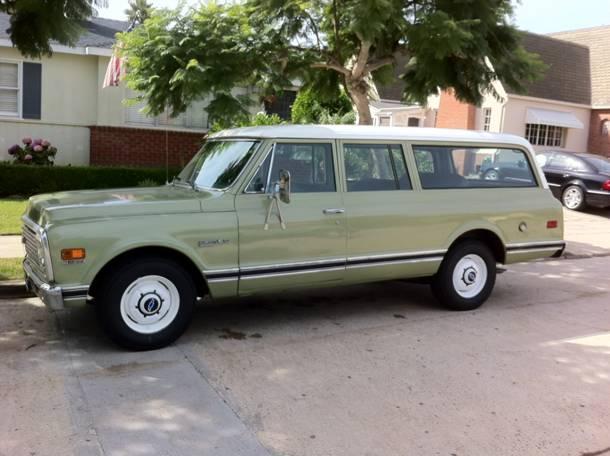 Ok, so maybe this paint color is not exactly “Avocado,” but close enough. It’s an early ’70s lighter green shade but our point is that a new SUV shopper in 2013 would never have anything close to this color combo as an option, and it’s cool to see one of these on the road. The contrasting white roof and white steel wheels give the truck some added flair. The giant elephant ear mirrors may not be sleek but they will help immensely with trailer visibility. 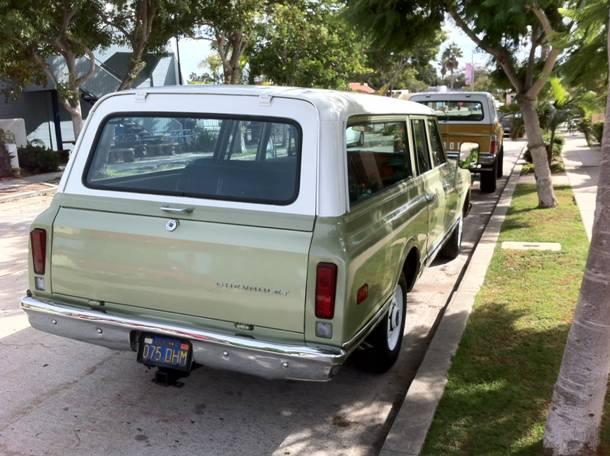 From the back we can see the rear door is split into two; the upper hatch and a lower tailgate portion. Almost all SUVs these days have a one-piece hatch that hinges from above, with the exception of the Toyota Land Cruiser / Lexus LX570 twins (can you think of any others?). The split hatch design is great because it gives you a workbench for camping duties, a place to sit on for tailgate parties…and temporarily lengthens the cargo compartment if necessary. The downsides of this setup are less shade from the smaller upper hatch while it’s open, and longer reach necessary to access to the cargo compartment with the tailgate down. Suburbans were also produced with side hinged “Ambulance” doors until recently. 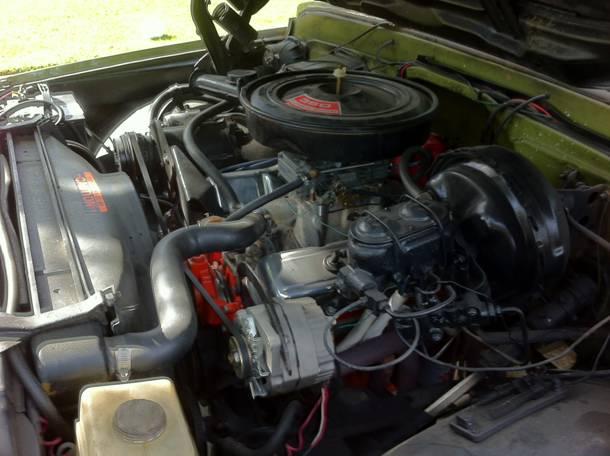 The 350 cubic inch (5.7 liter) Small Block V8 is said to be recently rebuilt, less than 5,000 miles ago. These engines are dead simple and so common that any part you’d be likely to need on the road is available from even the most backwater, run-down auto parts store or garage. They sound great and pull well. This one’s equipped with an alternator for easier starting and it’s nice to see the power brake booster under the hood – this beast might be hard to whoa with unassisted brakes! 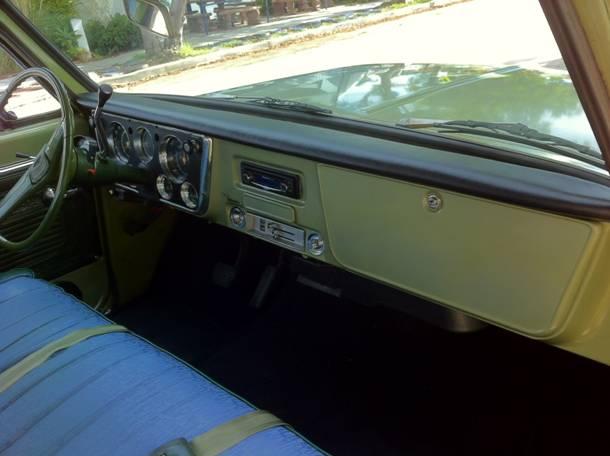 We don’t get much in the way of interior shots, but the dash looks clean and un-messed-with, and the door panels have the funky ’70s paisley pattern that was probably supposed to remind the occupants of cowboys and ranches or something. The front bench seat sure looks blue from here; hopefully it’s just an aftermarket cover. If not, it should be simple enough to get it reupholstered in a more complimentary color to go with the green/white/black scheme. 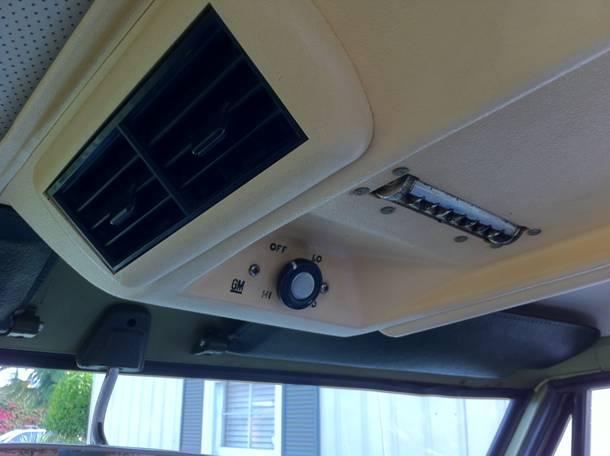 A big bonus of this Suburban is factory air conditioning which is claimed to blow cold. We can indeed see a compresor under the hood and this funky upper console unit for the rear passengers. Comfort, decent power, style, and plenty of space. For under $10k this one seems like a no-brainer pending a closer inspection for rust.